Since Jaeger-LeCoultre launched the first Memovox watch in 1950, it has become the reference in wristwatch alarms, with various useful and innovative functions added to create different Memovox models over the decades.
In 2020, the Manufacture’s engineers developed an entirely new alarm-setting mechanism – the Memovox Timer. With the initial steel-cased model now highly sought-after by collectors, JaegerLeCoultre introduces a new aesthetic interpretation: the Master Control Memovox Timer in pink gold.
The Timer function enables the watch owner to set the alarm based on the number of hours that should elapse before the alarm rings. Alternatively, the owner may set the alarm in the traditional way, based on a particular time (such as the time of an appointment or a wake-up alarm). The indicators are linked, so that whichever alarm-setting method is chosen, the second indicator will automatically move to the corresponding position. 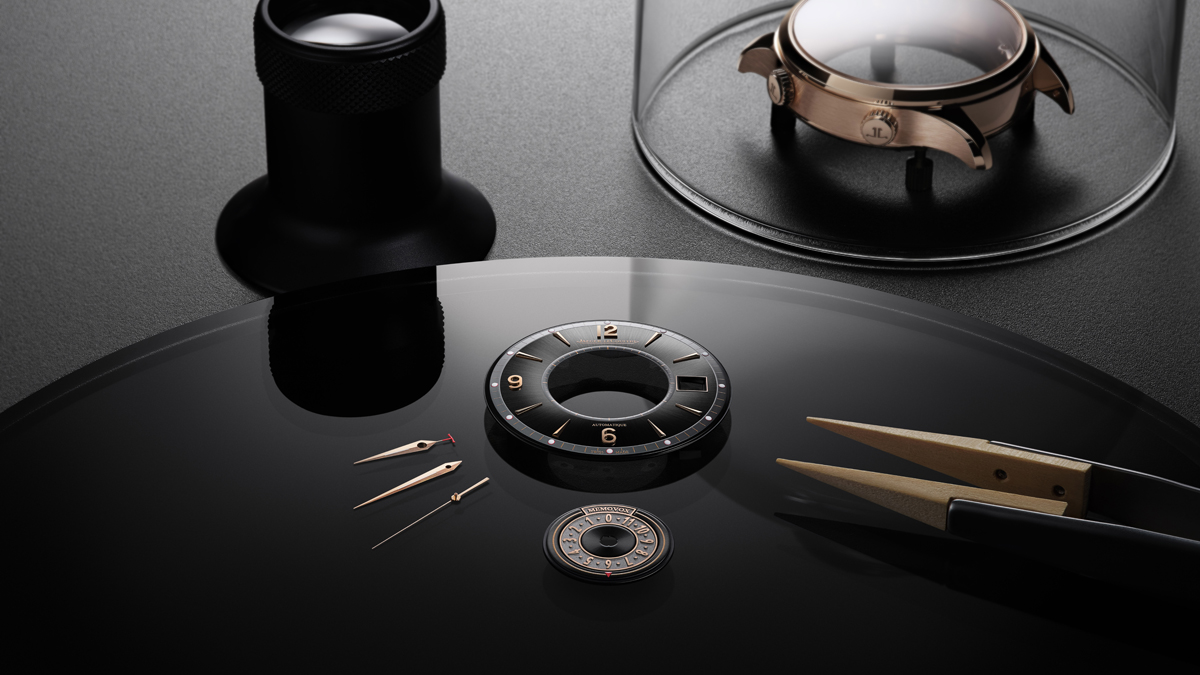 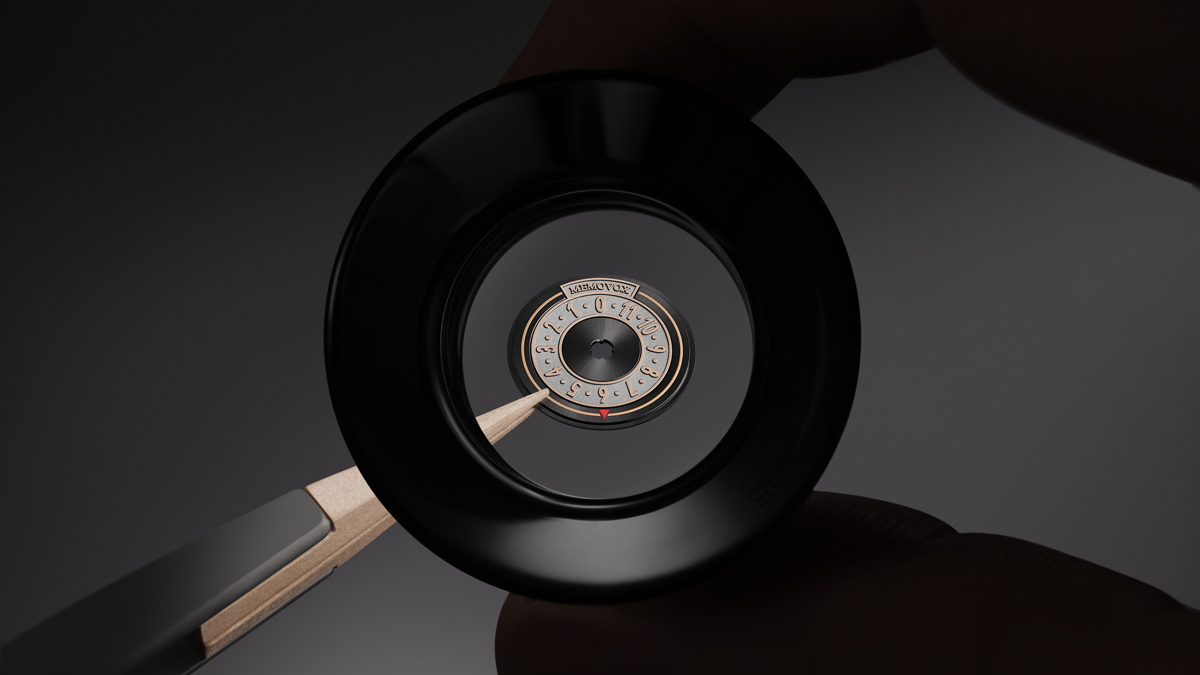 The dial of the Master Control Memovox Timer is laid out in concentric circles – the black sunraybrushed background provides a rich contrast with the grey of the outer minutes ring and the alarmindication disc. The innermost ring is engraved in bas-relief with highly polished numerals standing out against the granular texture of the background. Here, the elapsed hours-until-alarm are indicated by a small hand tipped with a red JL logo. Set at the outer edge of the ring, the Memovox’s signature triangular marker points to the time at which the alarm will ring, indicated on a second concentric ring.
Adding refinement, the elongated triangular shape of the applied hour indexes – a signature of midcentury Memovox models – is echoed by the elegant simplicity of the Dauphine hands. Contrasting with the deep shades of the dial, the pink gold 40-millimetre Master Control case exudes a relaxed and timeless elegance, with its sloping bezel, dynamically curved lugs and mix of polished and satin-brushed surfaces.

Despite being one of the most useful – and charming – of all complications, the alarm remains surprisingly rare in horology. The Memovox story began in 1950, a time when the world experienced a great burst of energy and inventiveness. Against this backdrop, Jaeger-LeCoultre harnessed its mastery of chiming mechanisms to develop an alarm watch – a highly practical timepiece that seemed perfectly suited to the times. In common with other chiming watches, an alarm mechanism has a hammer and gong; however, its particular technical challenge is that the hammers must strike the gong multiple times at very high speed, for a relatively extended period. 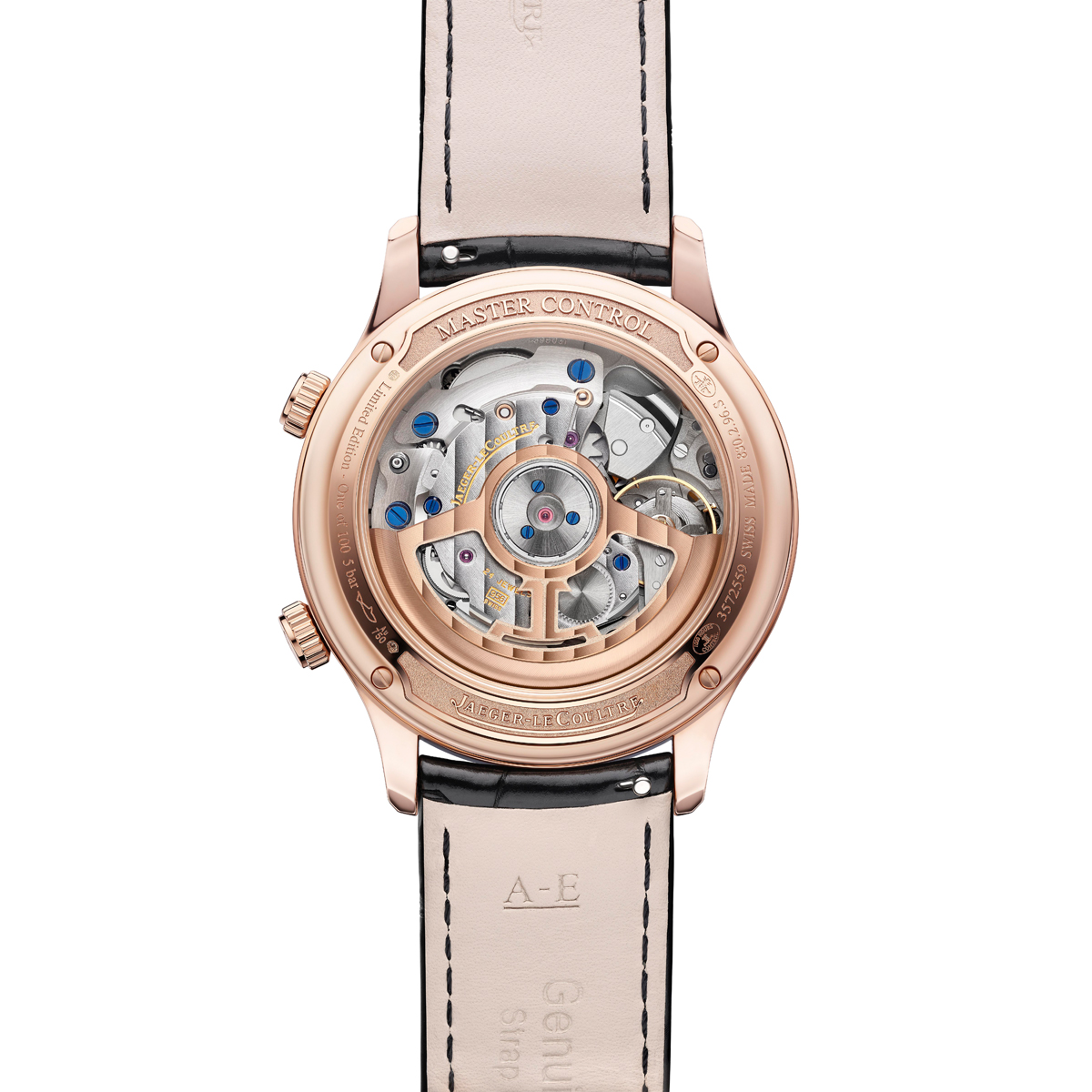 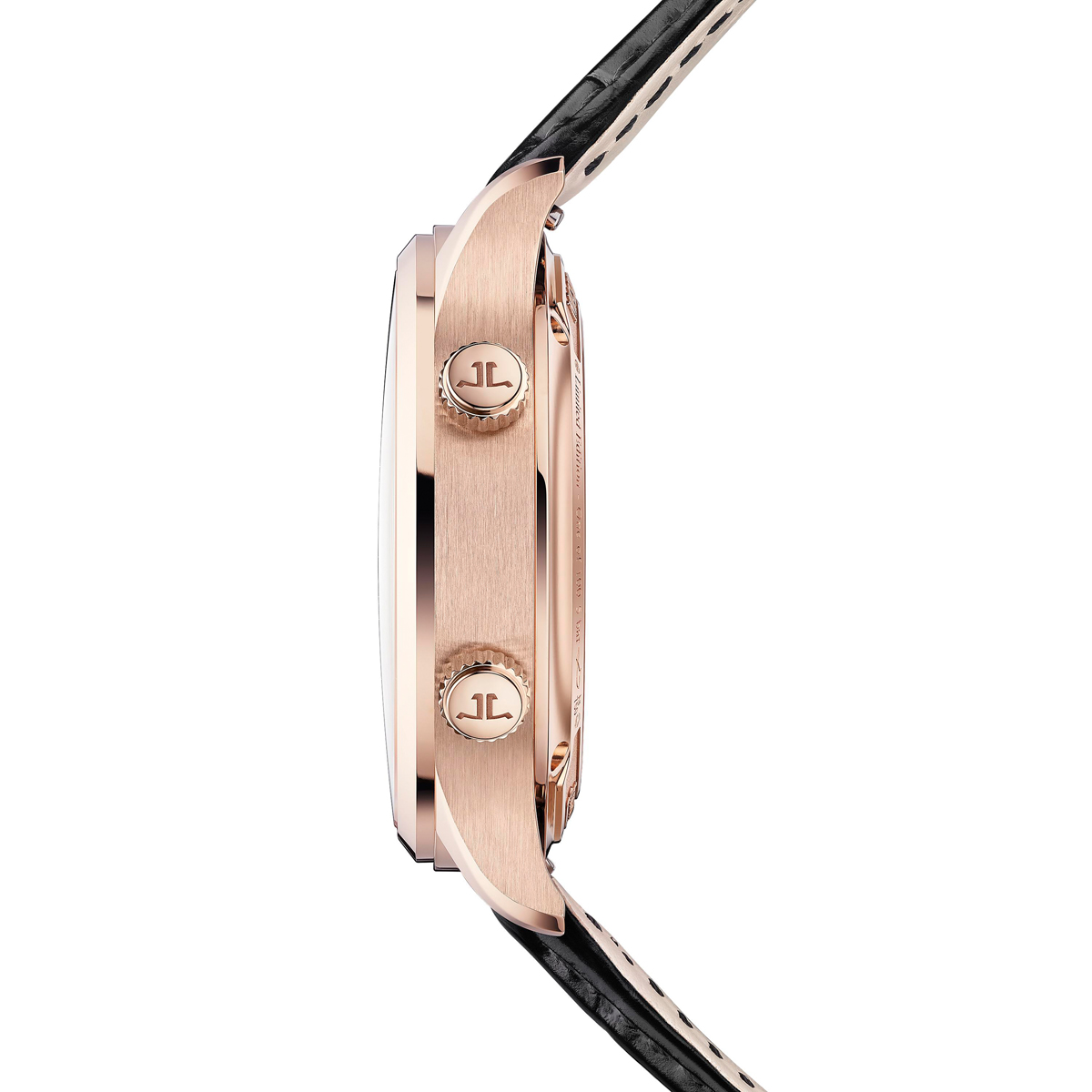 For the latest generation of alarm watches, the Manufacture’s engineers comprehensively revised the self-winding Calibre 956, which – like all Jaeger-LeCoultre calibres – had been entirely conceived, developed and produced in-house. Previously, Memovox watches had a closed case-back, to which the gongs were attached; however, the new Master Control case has a transparent sapphire back, allowing the wearer to enjoy watching the hammers in action. This demanded a complete redesign of the striking mechanism, with the gong now attached to the case side. An open-worked pink gold rotor, decorated with Côtes de Genève to match the fine finishing on the movement plates, ensures an unobstructed view of the strike-works. One important element remains unchanged from previous generations, however: the signature “school bell” sound of the alarm, which lends such charm to the Memovox.

The Master Control Memovox Timer in pink gold will be produced in a limited edition of 100 pieces, available exclusively from Jaeger-LeCoultre boutiques.