2019 was a year of commemoration for the El Primero, the world’s first automatic high-frequency chronograph movement, which marked its 50th anniversary last year. While the anniversary is over, Zenith continues to celebrate the venerable calibre with a number of new and exclusive watches. For its first Manufacture Edition, Zenith has reproduced a previously unknown prototype dial of its most iconic chronograph. The Chronomaster Revival Manufacture Edition is exclusively available on Zenith’s newly launched e-commerce platform, as well as to visitors of the Zenith Manufacture in Le Locle. 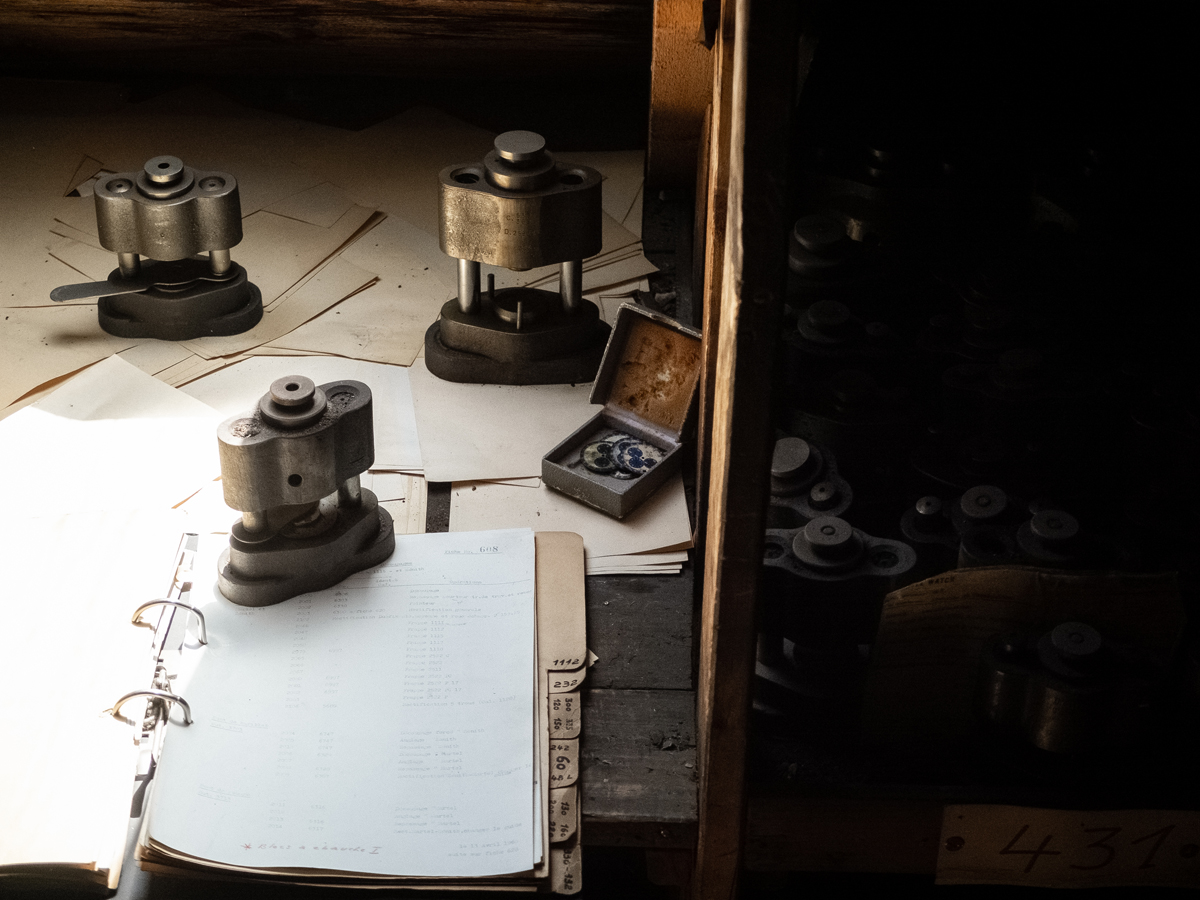 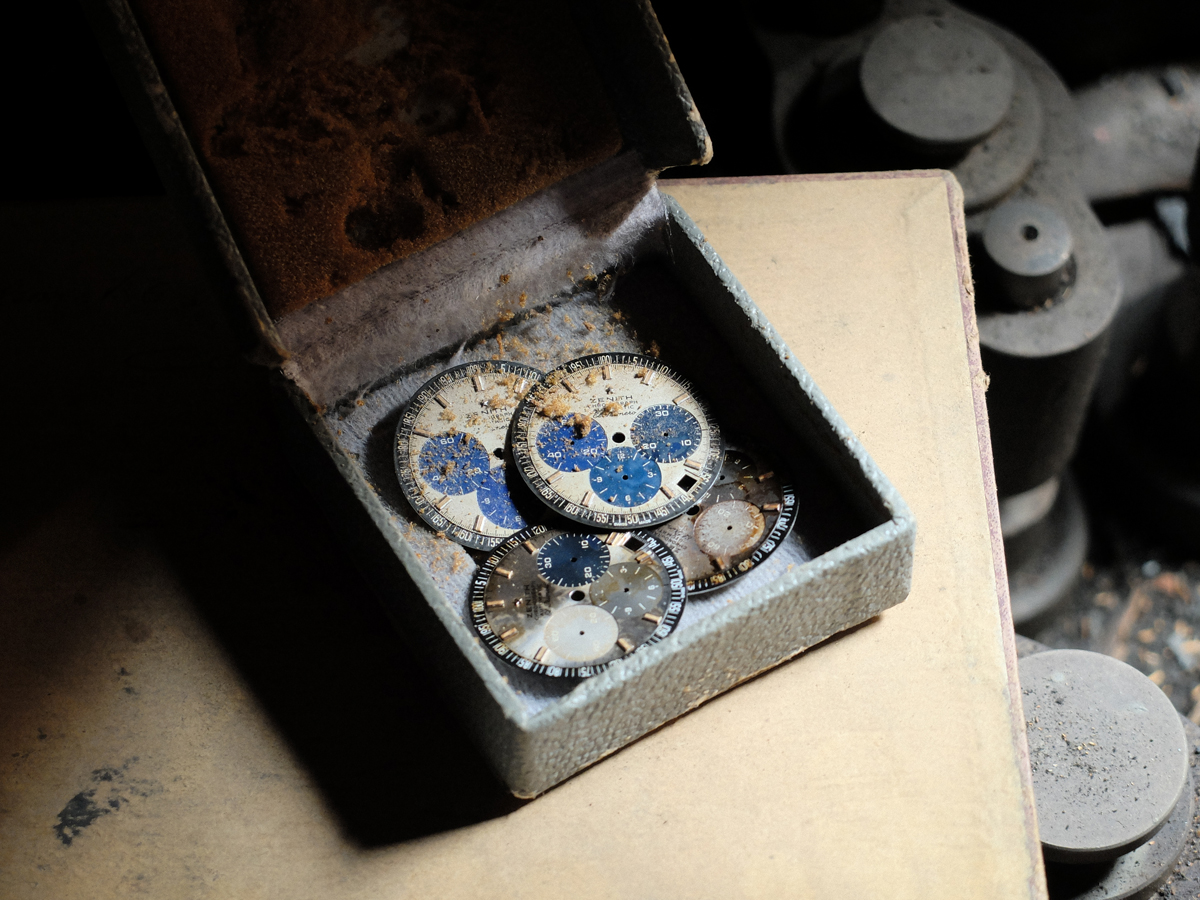 Like a time capsule sheltered from our ever-changing world, the grenier or attic of the Zenith Manufacture is a special place indeed, with many secrets still being uncovered today. While going through the grenier or attic of the main historical Zenith Manufacture building last year during the El Primero’s 50th anniversary, an unexpected discovery was made.

There in the attic, among the countless artifacts and pristinely preserved tools that the heroic Charles Vermot had hidden away in the 1970s during the quartz crisis, a small, unassuming and unlabeled box was uncovered. In it, remarkably preserved after decades, were a number of dials: The signature El Primero tri-color dial of the A386 that became a design icon, and more remarkably, another version of the tri-color dials, using three different shades of blue. No records exist of these presumably prototype blue tri-color dials, but considering that they were kept with prototype dials of the A386 in the same configuration it was commercialized in 1969, one can assume that is was part of the original prototype dials for the A386, and that Charles Vermot himself hid them in the attic along with all the other El Primero tools. We may never know if the dial with three shades of blue was intended as an alternative to the A386’s dial or intended for a different model, but its striking beauty and intriguing history compelled the watchmakers at Zenith to finally put it into production.

To bring this prototype to life, it was only appropriate that Zenith produces it as a Revival piece. The 38mm stainless steel case with pump-style pushers is an exact reproduction of the A386 from 1969, using the blueprints of the original to preserve the proportions of the iconic chronograph. What makes this edition significant and even more unique is that the Chronomaster Revival Manufacture Edition is in fact the final version of the A386 available with the original “Revival” case. Beating within it is the same movement it would have had if it was made in 1969, the venerable El Primero high-frequency automatic chronograph with column wheel. 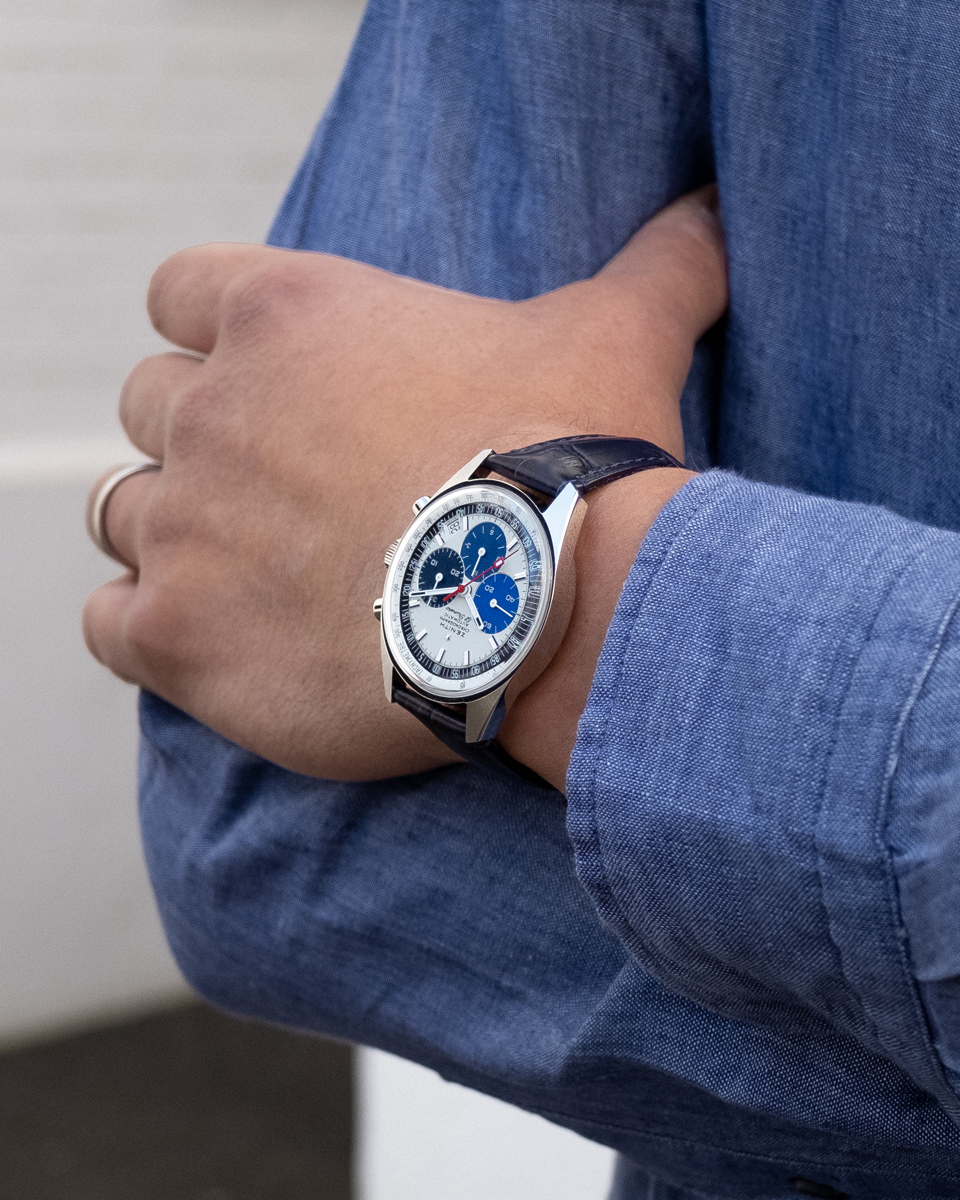 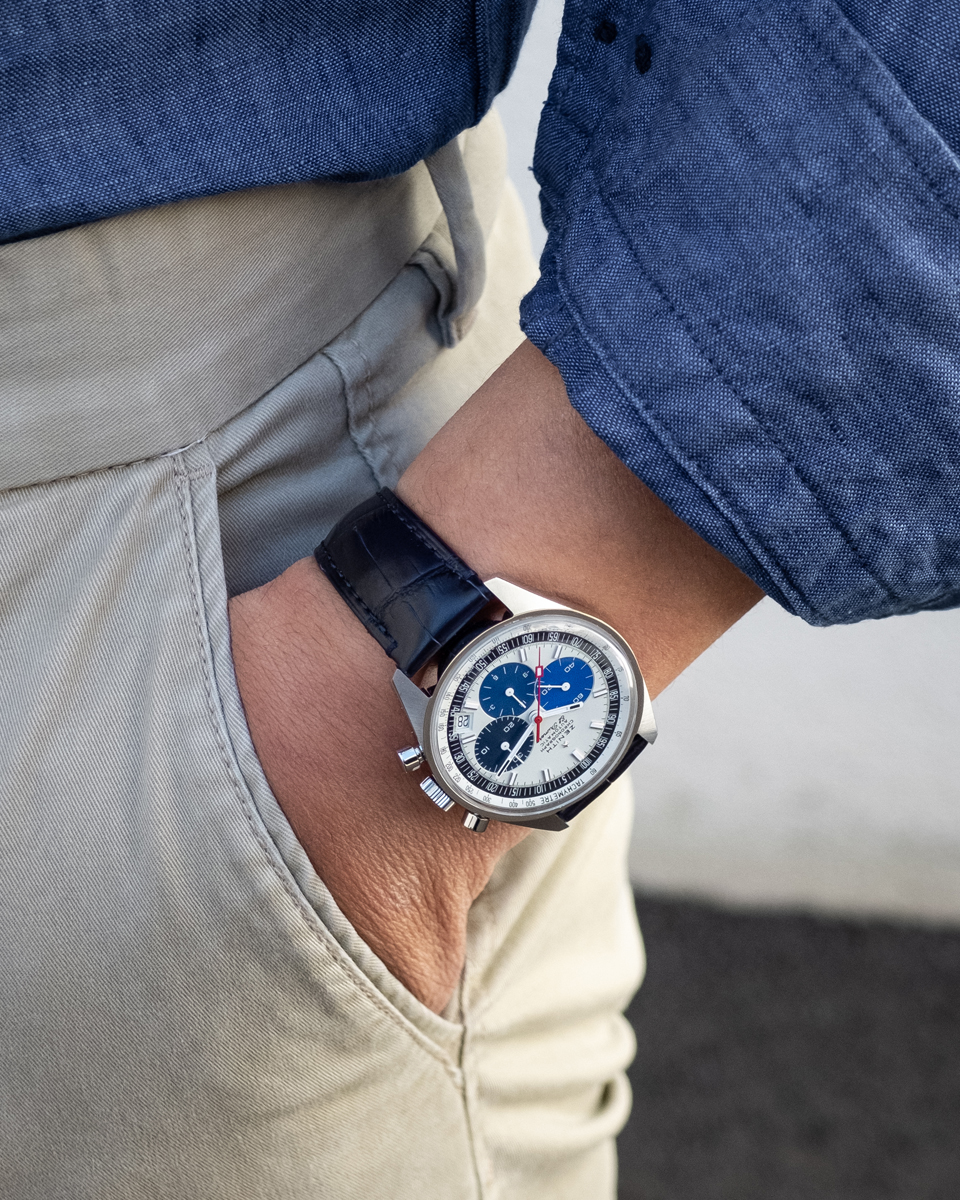 As a Manufacture piece, this revival edition is intended to be an exclusive piece, available uniquely to visitors of the Zenith Manufacture. Nonetheless, given the current situation, which does not allow to offer tours of the manufacture, Zenith is making the Manufacture Edition available on e-commerce, giving customers the opportunity to purchase the watch until the Manufacture reopens to the public for visits. The e-commerce site will be rolled out gradually across different markets, starting with Italy, France and Switzerland in May, followed by Germany, Spain, the United Kingdom and then in United States.

The watch comes in a special packaging, mimicking a book that can be displayed on a bookshelf and bearing a blueprint of the Zenith manufacture on its cover. It will also include a comic book about Charles Vermot by renowned Swiss cartoonist Cosey, as well as a reproduction of the vintage dial found in the attic.