Breguet
0
Breguet has given two iconic models from its Classique collection, the 7137 and the 7337, a new look.

These new models come in rose gold with a silvered gold dial and, on a more contemporary note, in white gold with a gold dial in “Breguet blue” color. An embossed moon on a starry sky adds a new dimension to the moon phase display.

Breguet revisits the Classique models 7137 and 7337 – inspired by historic watches – with one of its specialties: traditional engine-turning. On the silvered gold or Breguet blue gold dials, both new models for this year, pattern variations differentiate the reading zones with sophisticated simplicity. Open-tipped Breguet hands and Roman numerals ensure easy readability. True to its traditions dating back to the end of the eighteenth century, Breguet adds the individual number of the watch to the dial, and engraves a secret signature there too. The Classique models have a slender case with fluted sides. The leather bracelet is held together by lugs, which are welded for strength and curved for wearing comfort. These 39 mm models are powered by an extra-thin 502.3 caliber with an engine-turned gold rotor. 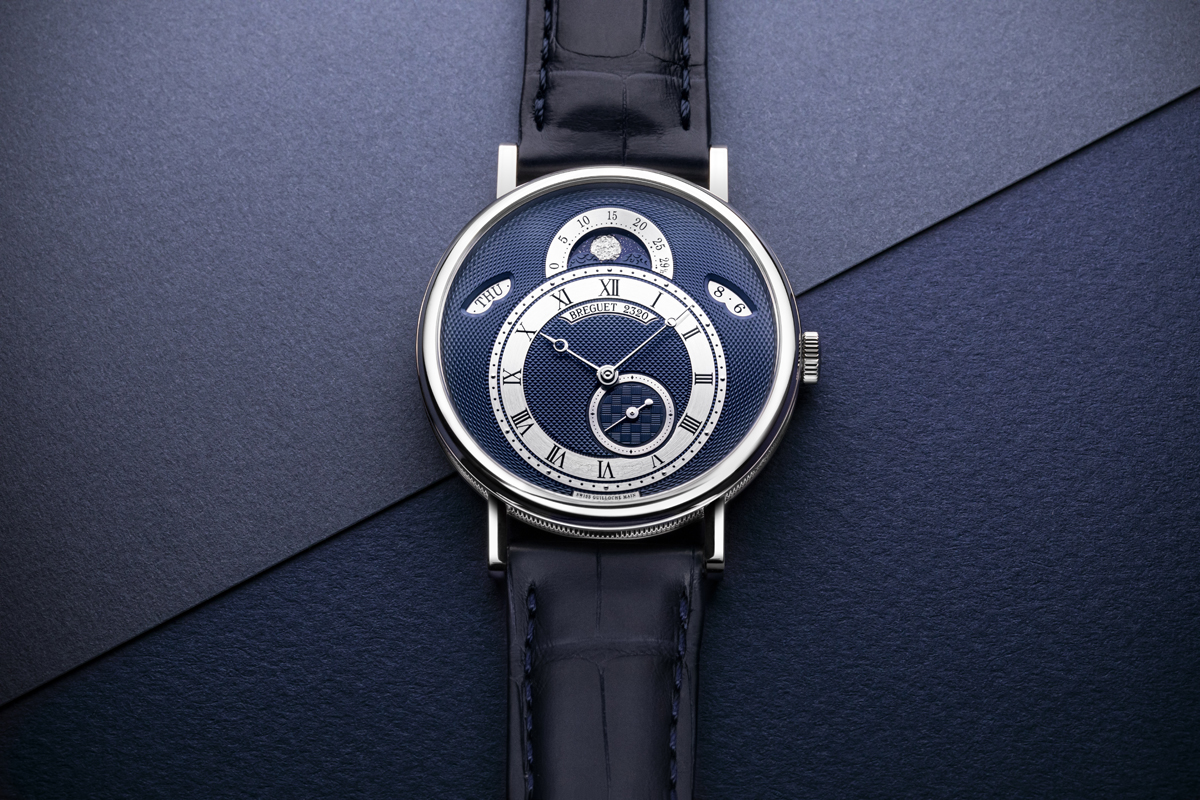 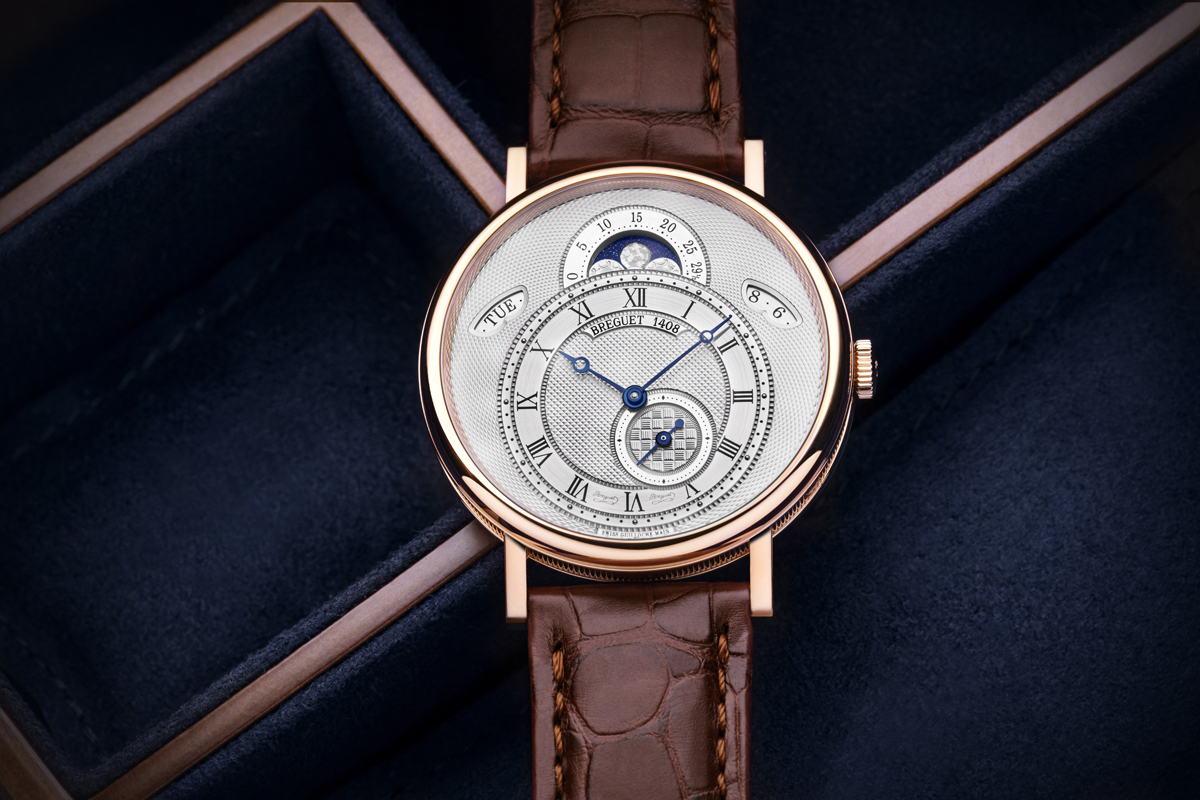 Breguet Classique 7137
The traditional engine-turning crafted by hand finds its full expression in the Classique line. Just like two centuries ago, the artisan uses an engine-turning lathe for circular decorations or a “straight-line machine” for linear designs. The Classique 7137 features a panier maillé basket weave pattern for the power reserve display, a damier checkerboard pattern for the date display and a clous de Paris hobnailing pattern for the main part of the dial. The dial of the white gold version is in Breguet blue color. In the rose gold version, the dial color is created using silver powder and a soft brush. 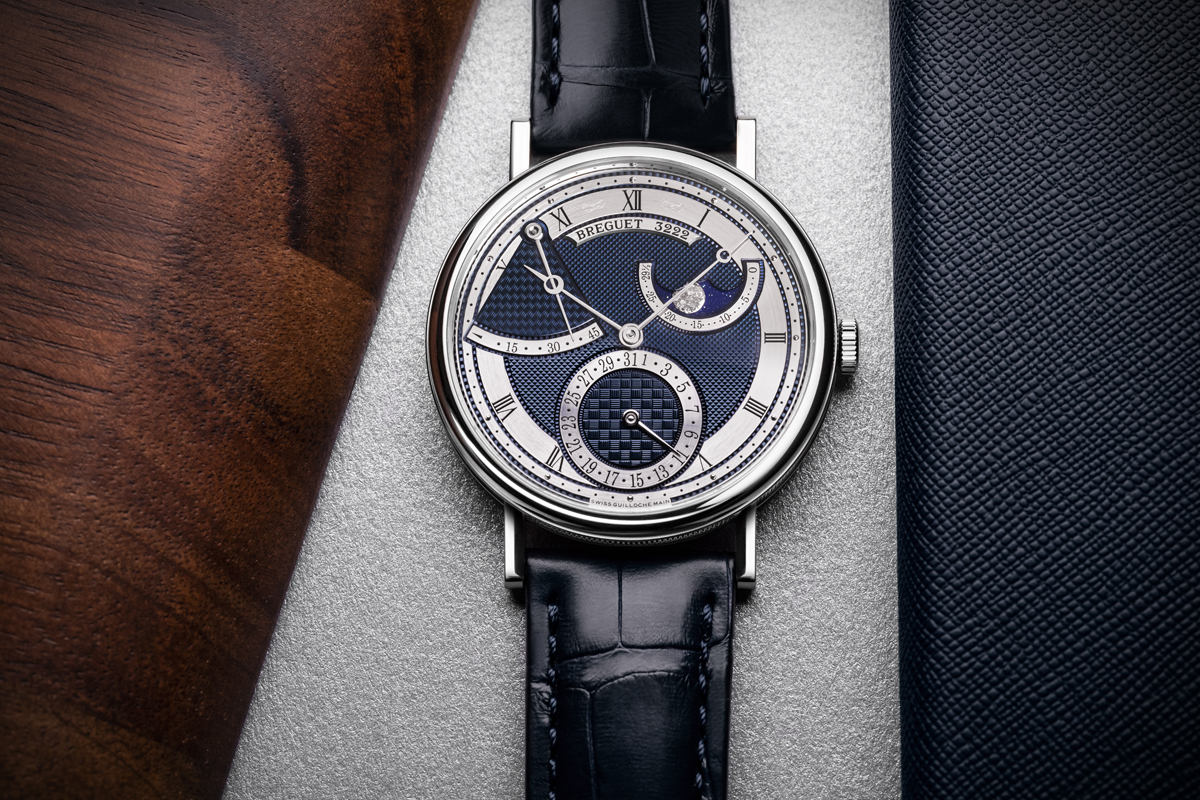 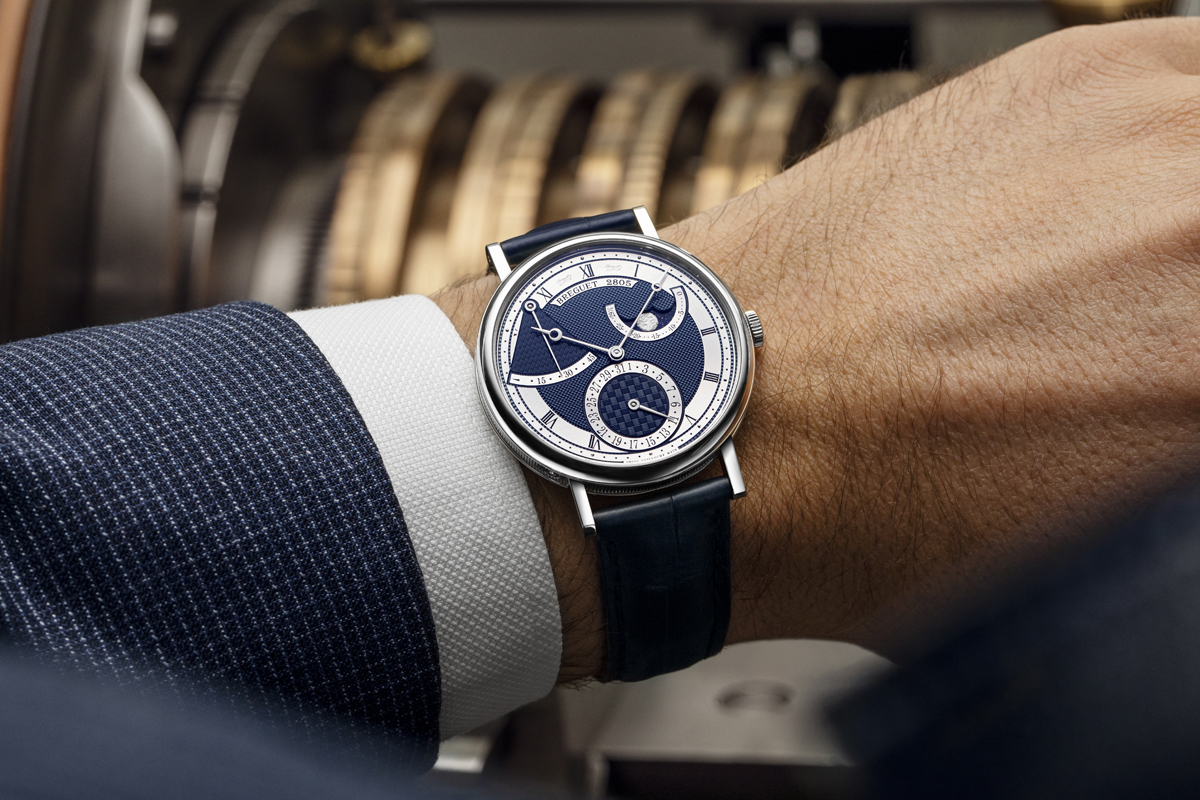 Breguet Classique 7337
The dial of the Classique 7337 features delicate patterns: circular grain d’orge barley grain for the edges of the hours chapter, damier checkerboard for the small seconds and Clous de Paris hobnailing in the center. Engraved clouds bordering the lacquered sky of the moon-phase indicator, dotted with sparkles, are evocative of the Milky Way. Breguet has remodeled the golden disc depicting the moon in shiny relief and matte grooves. At 10 o’clock and 2 o’clock, two apertures, with shapes reminiscent of those of historic models such as pocket watch No.3833, show the day and the date. 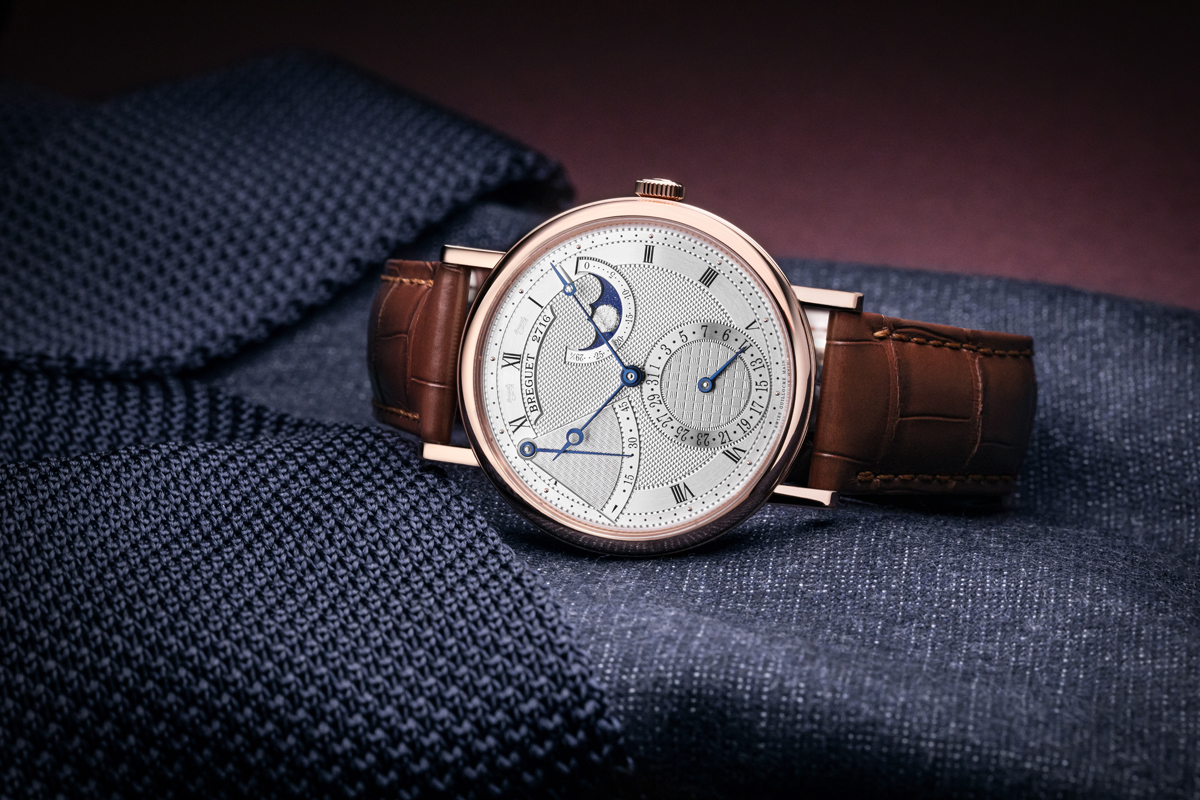 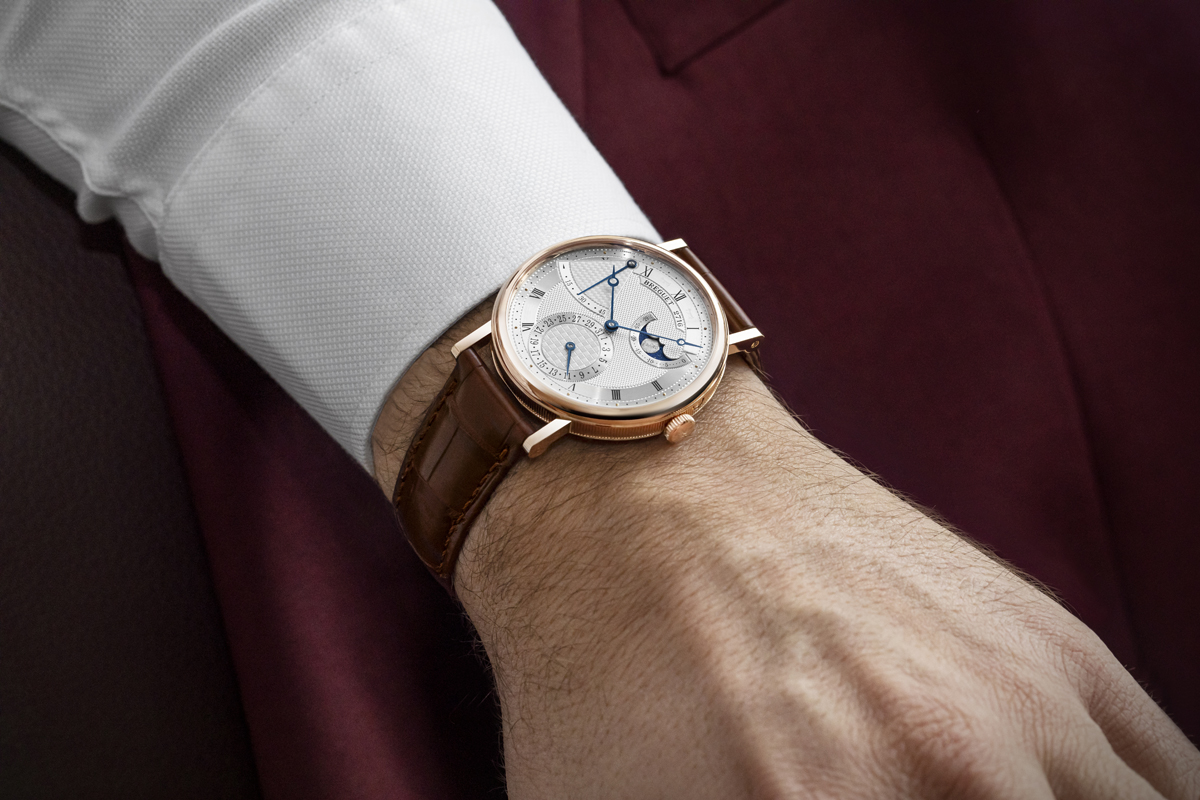 The sapphire crystal of the Classique 7137 and the Classique 7337 unveils the extra-thin hand-decorated 502.3 automatic caliber. This movement has a reduced thickness with its open barrel and an offset rotor. This special design makes it possible to distinguish the barrel spring, which is otherwise hidden. The use of a silicon balance spring following recent technological research continues Abraham-Louis Breguet’s quest for precision on a contemporary level. 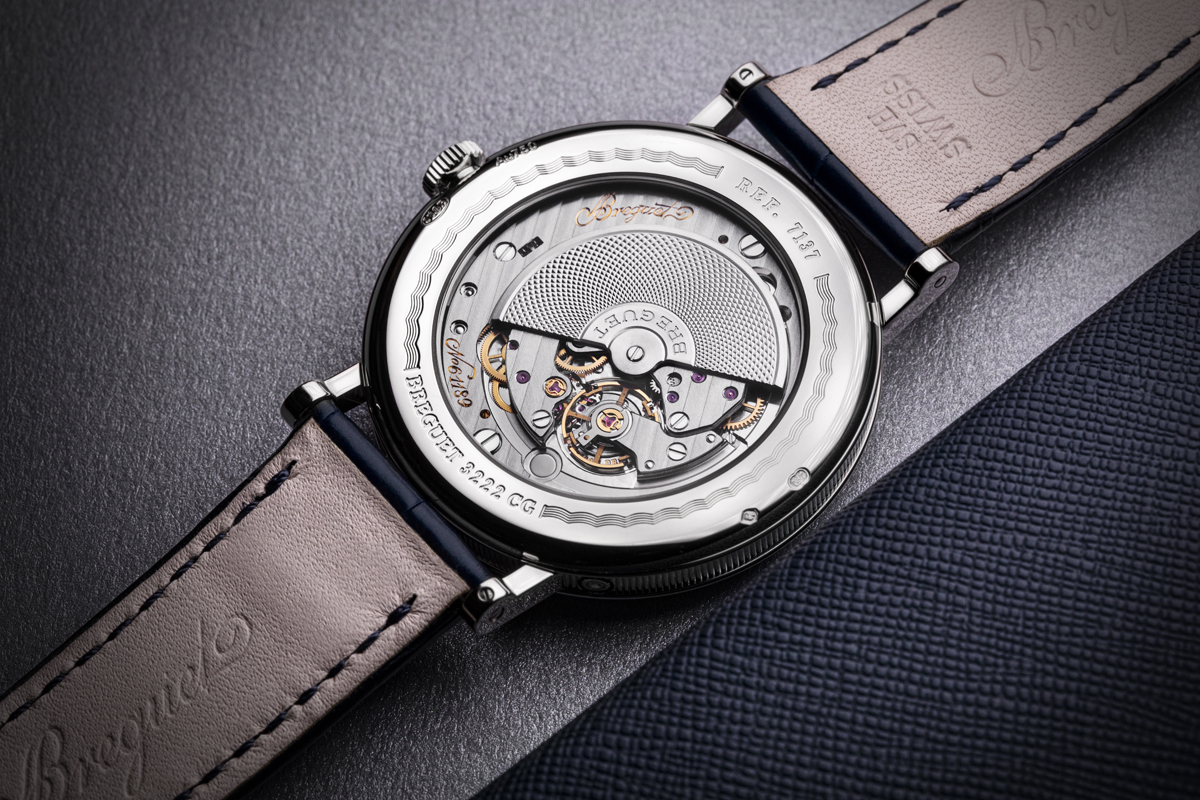 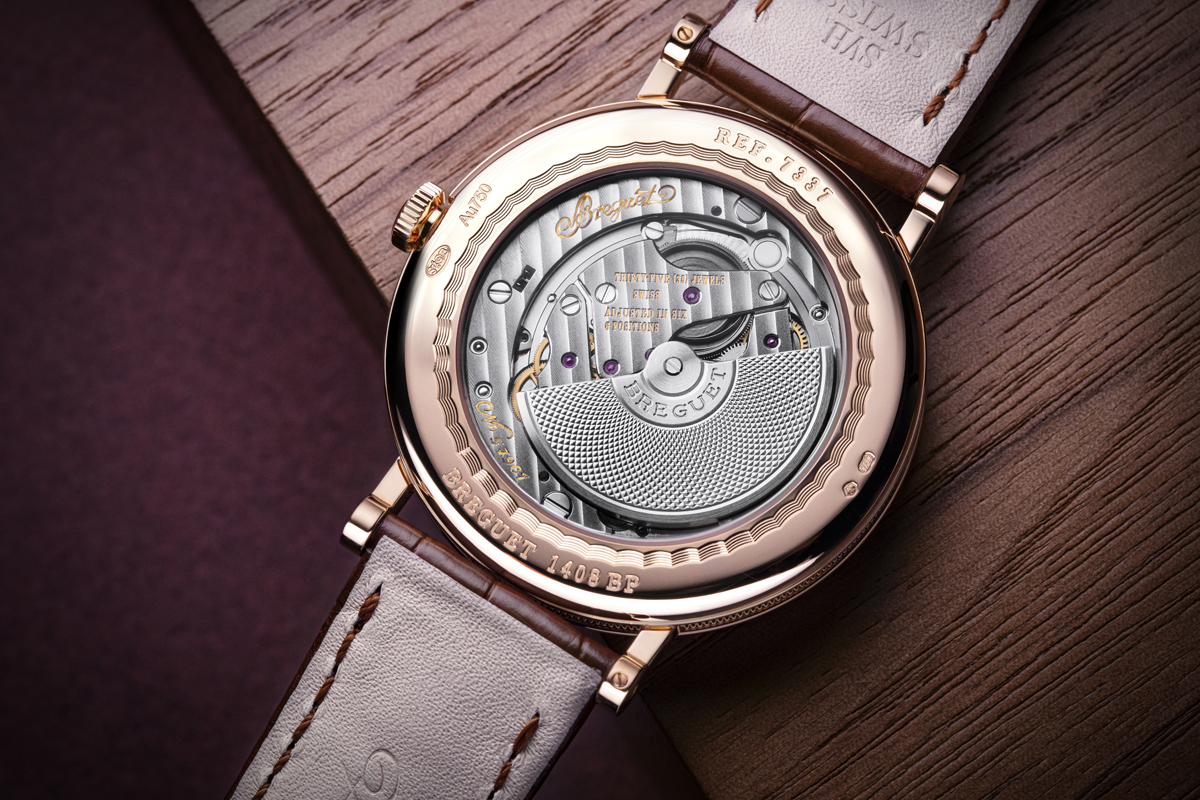 The new Classique 7137 and Classique 7337 wristwatches channel the aesthetic of historic pocket watches created under the direction of Abraham-Louis Breguet and his son. As of 1786, the watchmaker added the art of engine-turning to watchmaking codes, benefiting readability in the process. Perpetuelle No.5 pocket watch, source of inspiration for the Classique 7137 model, features engine-turning patterns as well as an hours chapter with Roman numerals.
A major stylistic innovation, off-center dials were introduced in certain pocket watches around 1812. Quarter-repeating watch No.3833, sold in 1823 and exhibited at the Breguet Museum in Paris, shows an hours chapter at 6 o’clock, topped by a moon-phase indicator at 12 o’clock, a layout that has been adopted by the current Breguet Classique 7337.

From the end of the 1930s, Breguet reintroduced several classic codes of these pocket watches in wristwatches, with engine-turned dials and fluted cases. Breguet confirmed this trend between 1950 and 1970 when it announced the current Classique collection. 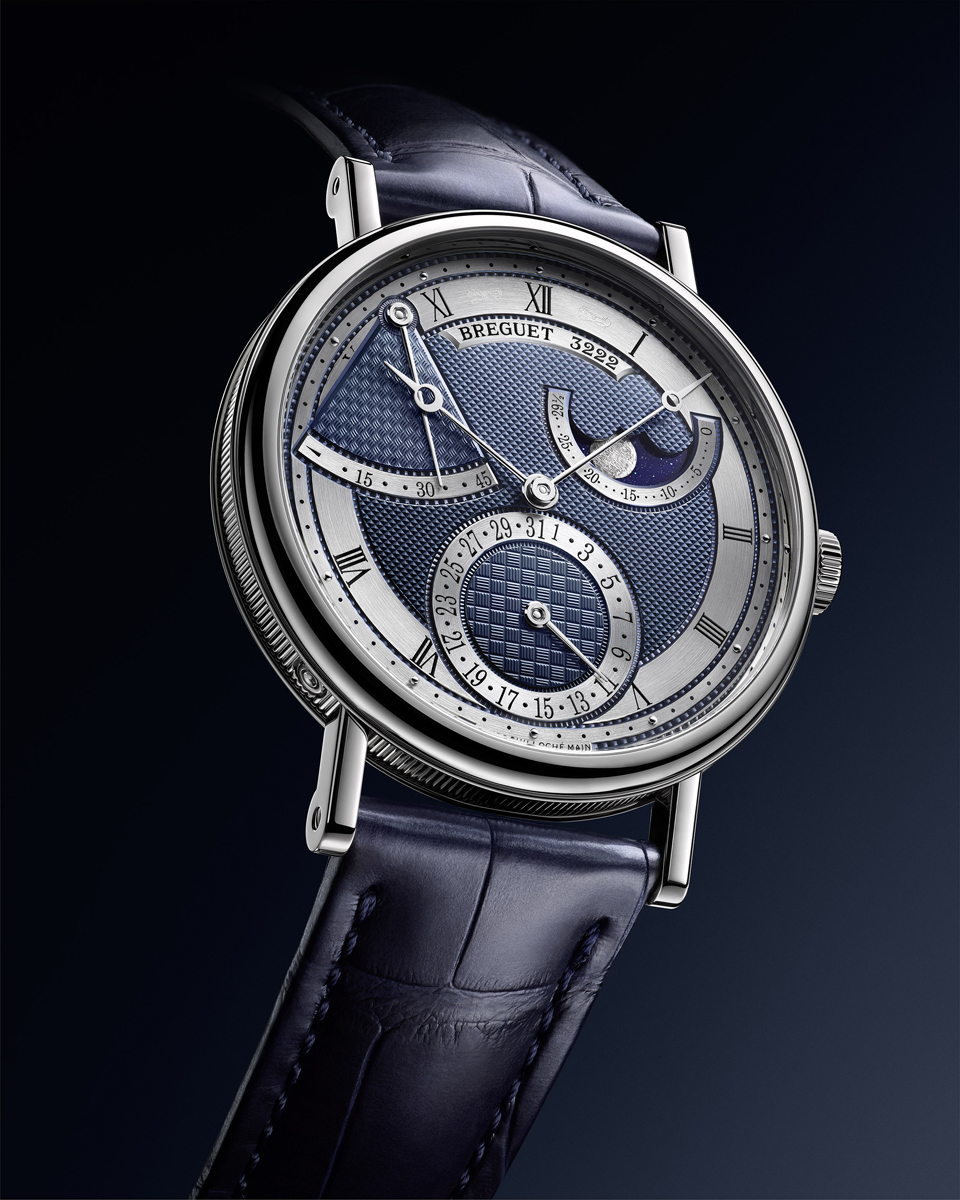 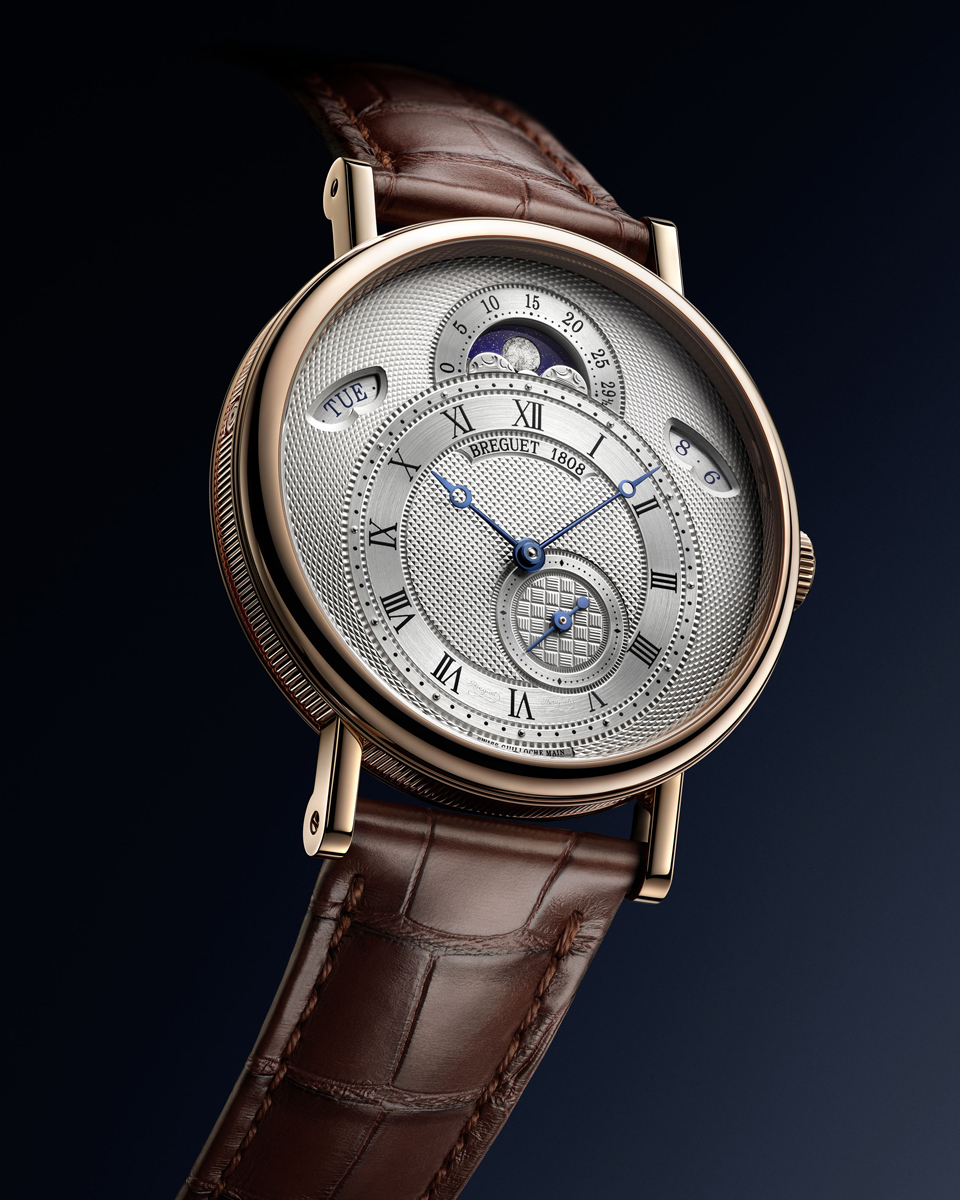 With the new Classique 7137 and Classique 7337, Breguet continues to incorporate the timeless codes invented by Abraham-Louis Breguet in today’s watchmaking.