An extremely fine and rare, manual wind, 18k rose gold chronograph wristwatch. The Rolex 6034 is an icon in Rolex chronograph for a few reasons. The first one is that its reference number starts with a 6XXX, which denotes the first steps into the more sporty versions of chronographs that would end with the reference 6263/6265, the second is that it is only the second chronograph featuring a screw-down waterproof caseback not only increasing its usability but also adding thickness/ ruggedness to the case. This particular example is what one could call in “Concours” unrestored condition. First one is taken back by the overall condition of the piece, the case not only being in close to mint condition as evidenced by the two crisp deep hallmarks on the lugs but more amazingly, 3 crisp hallmarks on the back of the case that are almost never seen as usually worn or polished off. 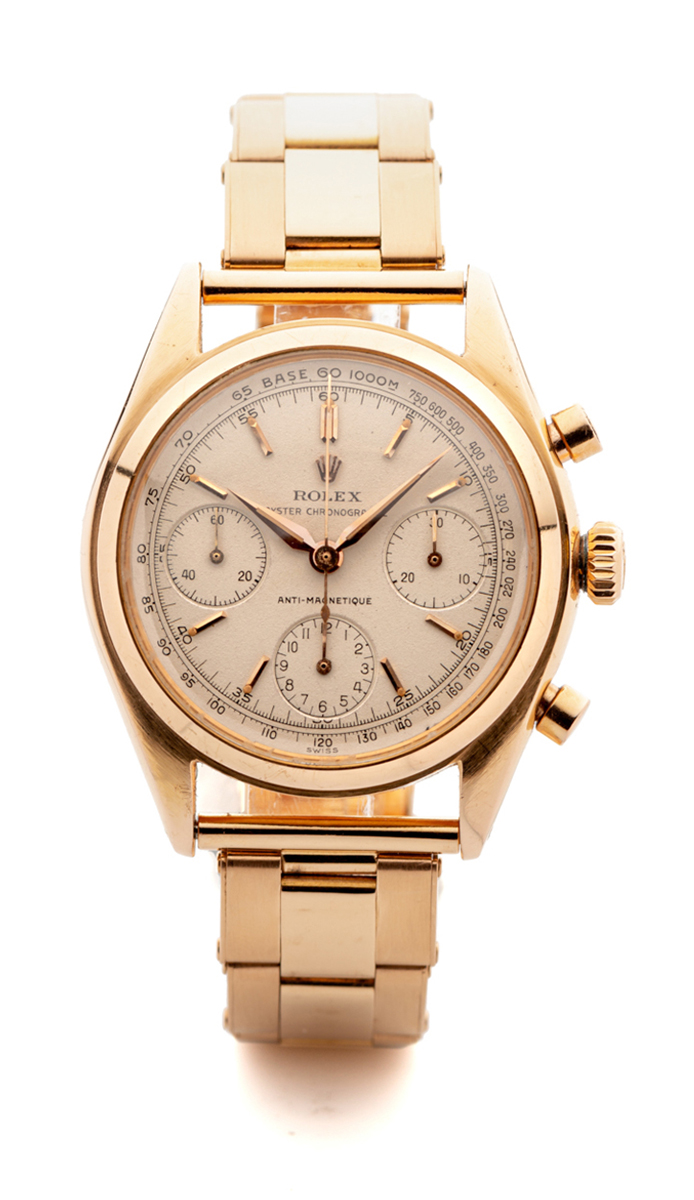 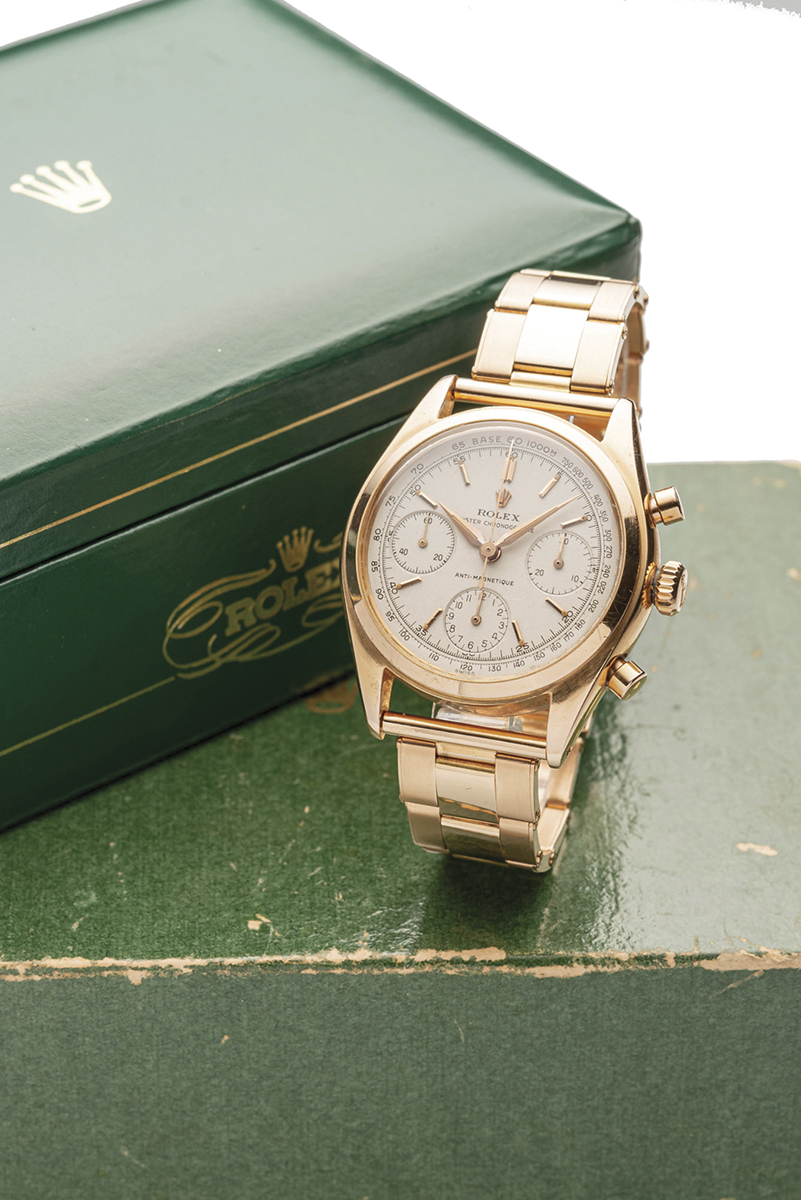 The Rolex Ref. 1680 Submariner COMEX (LOT 346) from 1979, in amazing condition, was never used for diving operations. It was presented it with its original punched warranty, another unusual feature as most were retained by Comex and never

The COMEX Ref. 1680 is probably the rarest of all COMEX sport watches, since COMEX only received approximately 60 examples. The great majority of those were later serviced, with the COMEX dial being replaced with a regular Rolex dial. Indeed, surprisingly, at that time many owners did not like the COMEX logo on the dial.

The “Red” Submariner is one of the most sought-after vintage Rolex references. The dial is a Mark II, as signified by the meters first configuration, the open number six, and the the elongated “f” in “ft.”