Watchbrands
0
We bring you the excitement and the exclusive stories from the most important watch brands, directly from the Watches and Wonders show.

Piaget at Watches and Wonders 2021

Piaget is honouring its legacy and drawing inspiration from its legendary models in order to present a coherent and spectacular collection for 2021, the year when everyone hopes that rebirth will begin. The Piaget Altiplano Ultimate concept, launched in 2018, makes a comeback as a tribute to the enchanted place where it all began for Piaget, in 1874: La Cote-aux-Fees. The bridge, the screws, the hands and the dial are in a deep forest green, reminiscent of the wooded hills and mountains from La Cote-aux-Fees. Each watch is entrusted to a single watchmaker in la Cote-aux-Fees. Calibre-wise, the baseplate is machined directly into the cobalt alloy case, which is so thin that only 0.12 mm separates the mechanism from the wearer’s wrist.

Other parts have been drastically re-sized, with wheels being reduced from 0.20mm thick to 0.12mm, whereas the sapphire crystal is now 80% thinner, to just 0.2mm. The crown has also been reinvented, under the form of a flat telescopic system, with its own bespoke winding tool. 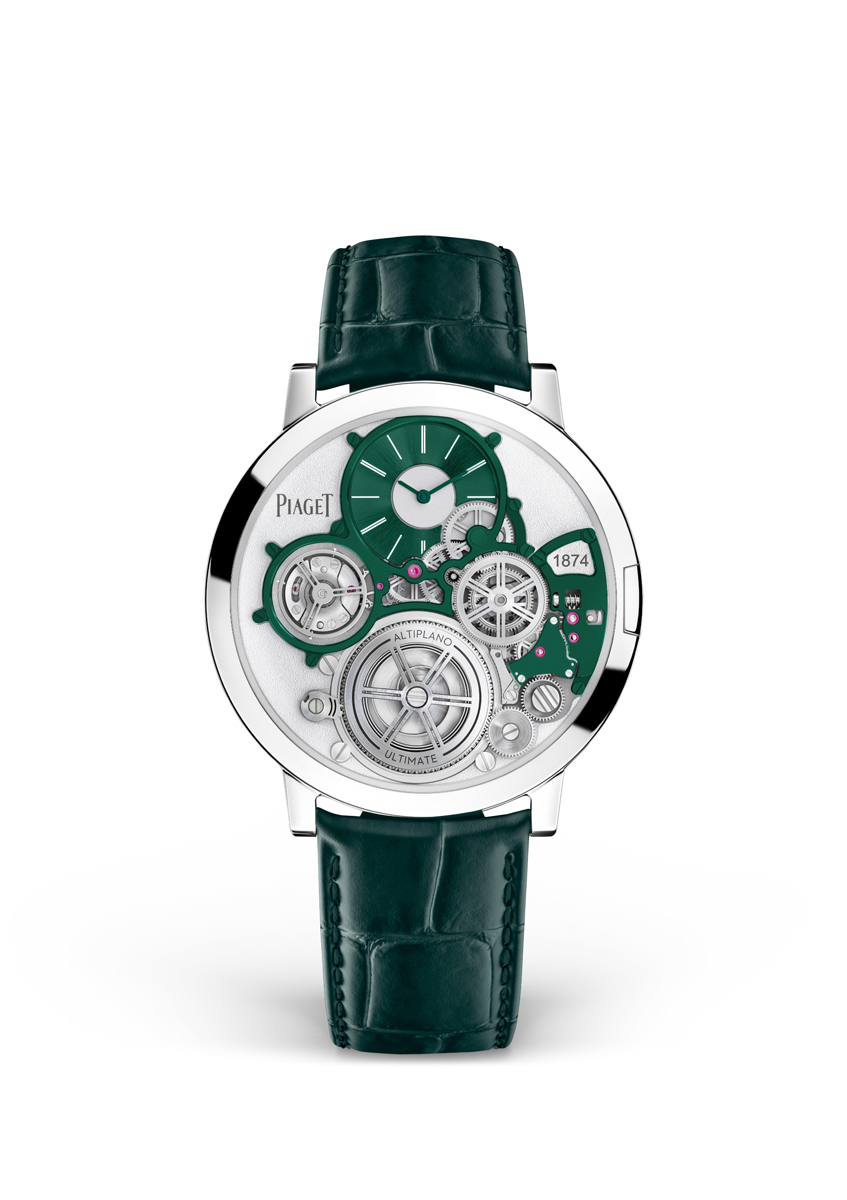 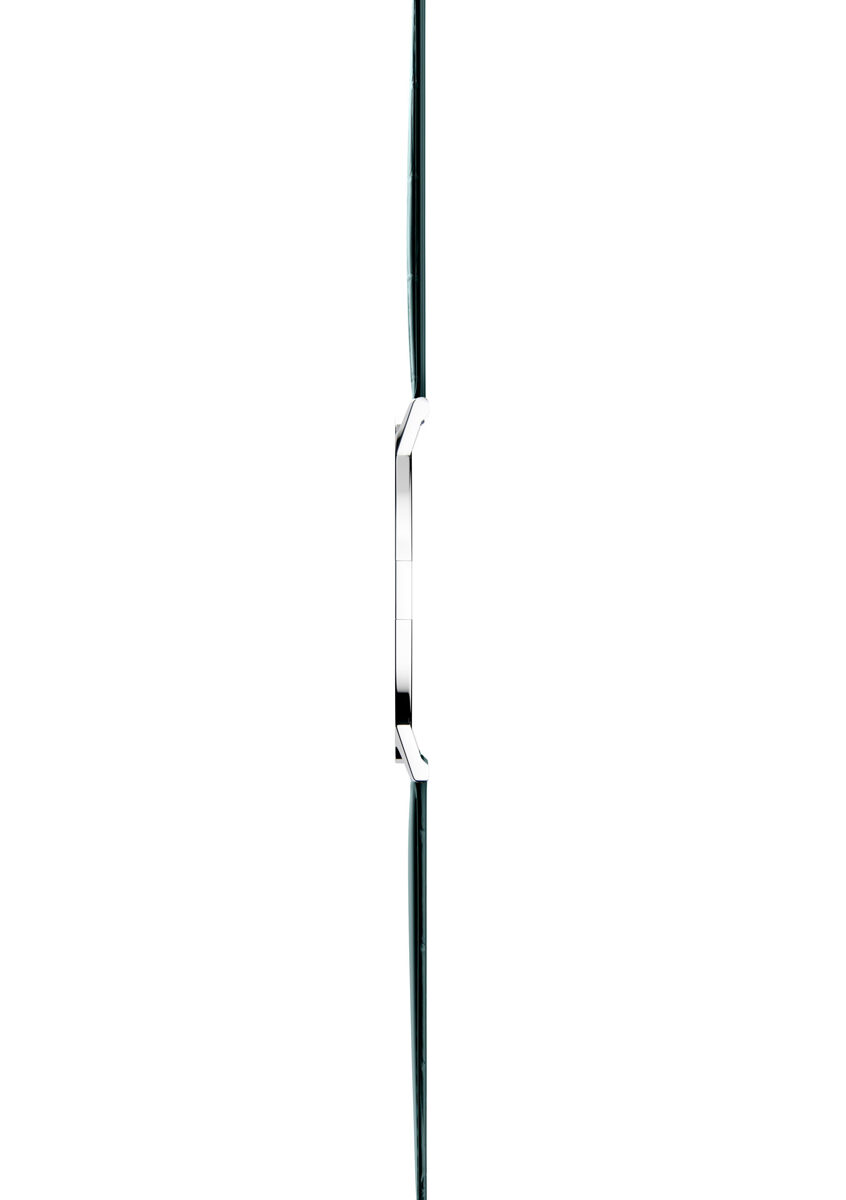 Piaget is also releasing 6 new Limelight Gala models, in blue, yellow and pink, following the course of the sun throughout the day: blue for the morning sky, yellow for noon and pink for the sunset. Each model is paved with a flowing gradient of coloured sapphires.

Perhaps my favourite from this year is Limelight Gala High Jewellery Black Opal – the dial is made of the most beautiful Australian opal I have ever seen, the stone of choice for Mr. Yves Piaget, whom I had the honour of meeting several years ago.

Panerai at Watches and Wonders 2021

Panerai is spearheading the environment protection movement amongst watch brands, announcing the Submersible eLAB-ID, a concept watch that has the highest percentage of recycled material ever – 98.6% of its weight comes from materials integrating a high rate of recycled elements. Case dial and bridges – they are all made of EcoTitanium, a recycled titanium alloy made of more than 80% recycled content. The watch uses 100% recycled SuperLuminova and 100% recycled silicon for its movement escapement. While Panerai CEO Jean-Marc Pontroue has told Lifetime Magazine that it will take many years for the recycled materials to be used across all the ranges and models of the brand, this is a very good and encouraging beginning, which only requires consistency to become a global success. What’s more, Panerai has opened its system of supply to any company interested in sourcing its raw materials from recycling companies and has even challenged partners and suppliers from the watchmaking, aerospace and automotive industries to start using the system they put together. All the names of the recycling companies Panerai works with are public on their website.

Another Panerai new release that I very much like is the Luminor Chrono Luna Rossa, limited to 1,000 pieces, a beautiful piece that marks their collaboration with the Luna Rossa Prada Pirelli team, competing in the legendary America’s Cup. I like the blue sandwiched dial, with sporty details and a tachymeter scale, the 44mm brushed steel case and the beautiful bi-material (rubber and fabric) strap, blue with Luna Rossa personalisation.

I will not write now about their new ladies model, because, for a hardline Panerai fan such as myself, a white mother-of-pearl model is quite hard to swallow and I need more time to think about this piece. 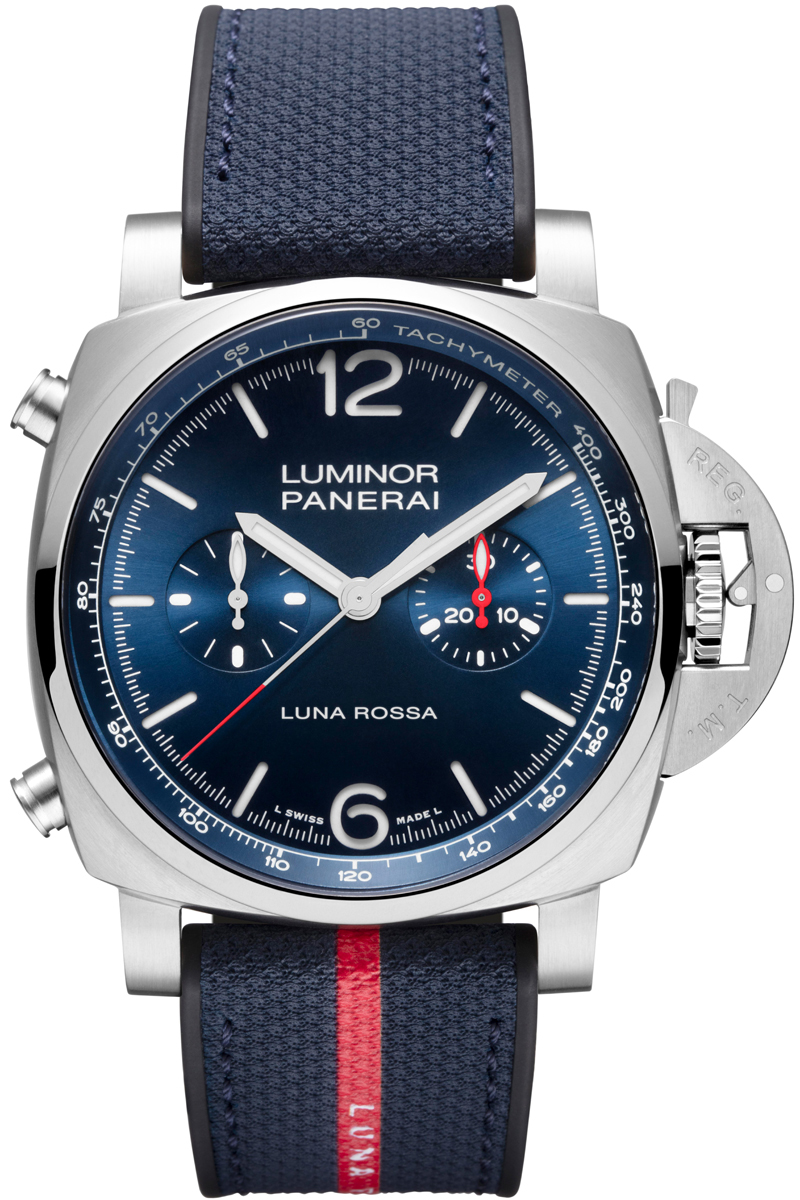 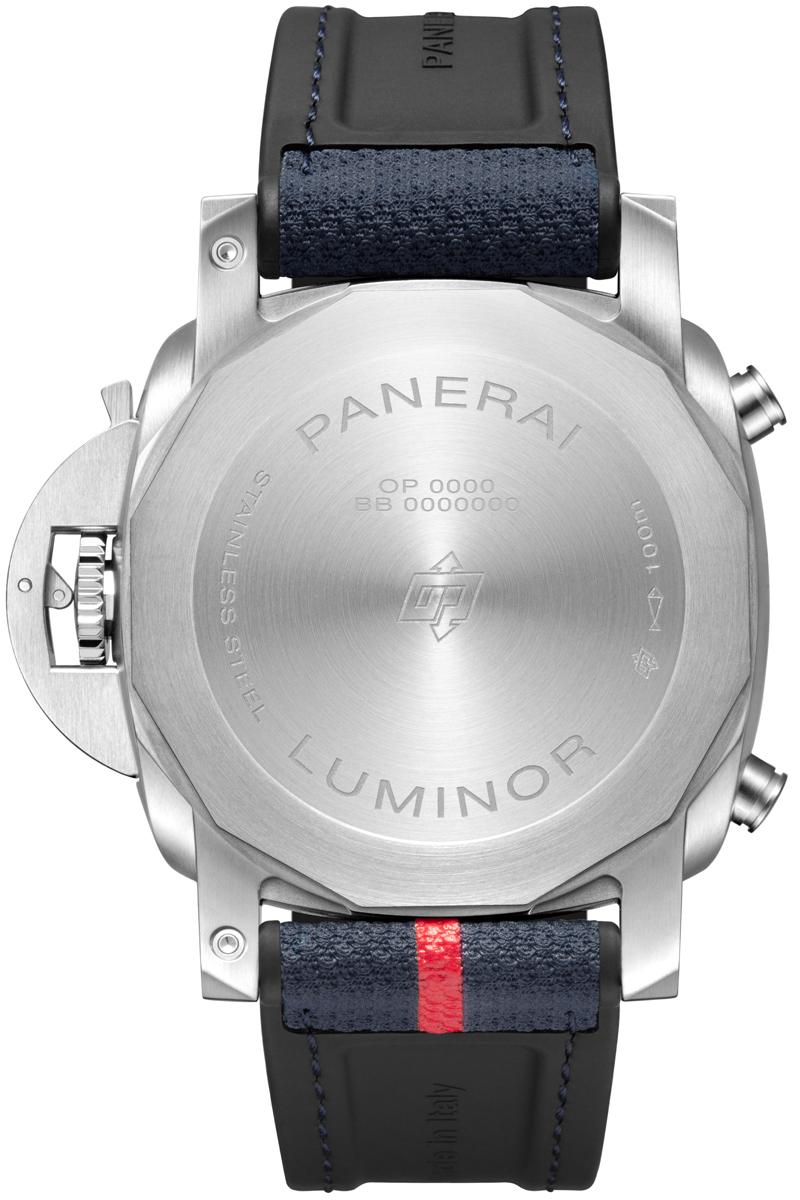 Patek Philippe at Watches and Wonders 2021

Patek Philippe is tormenting fans with its decision to discontinue its Ref. 5711/1A Nautilus in steel, so they chose Watches and Wonders to unveil a new dial for the model: an olive green dial with a sunburst finish. The watch is powered by the 26-330 S C self-winding calibre, a spinoff of the 324 S C. The new dial is also used in combination with a row of 43 baguette diamonds (approx.. 3.6 carats) for the Ref. 5711/1300A-001. As a particularity, each baguette diamond has a special slightly trapezoidal shape instead of the traditional rectangle and is so cut as to perfectly match the octagonal bezel with the rounded corners. 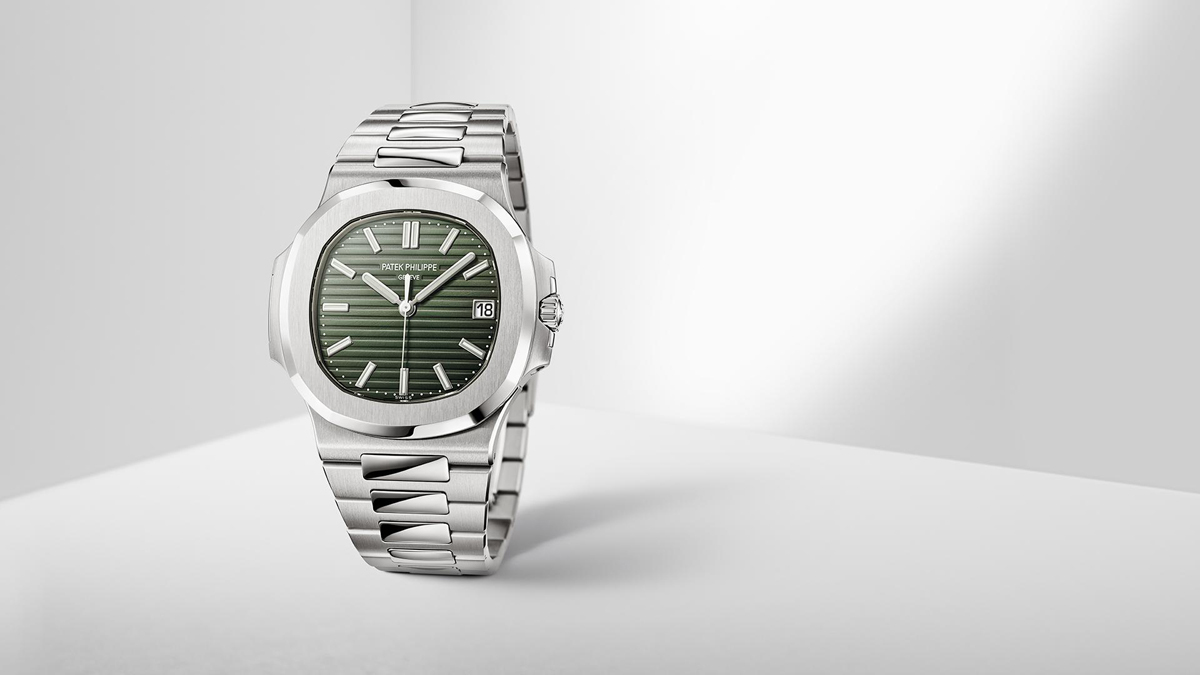 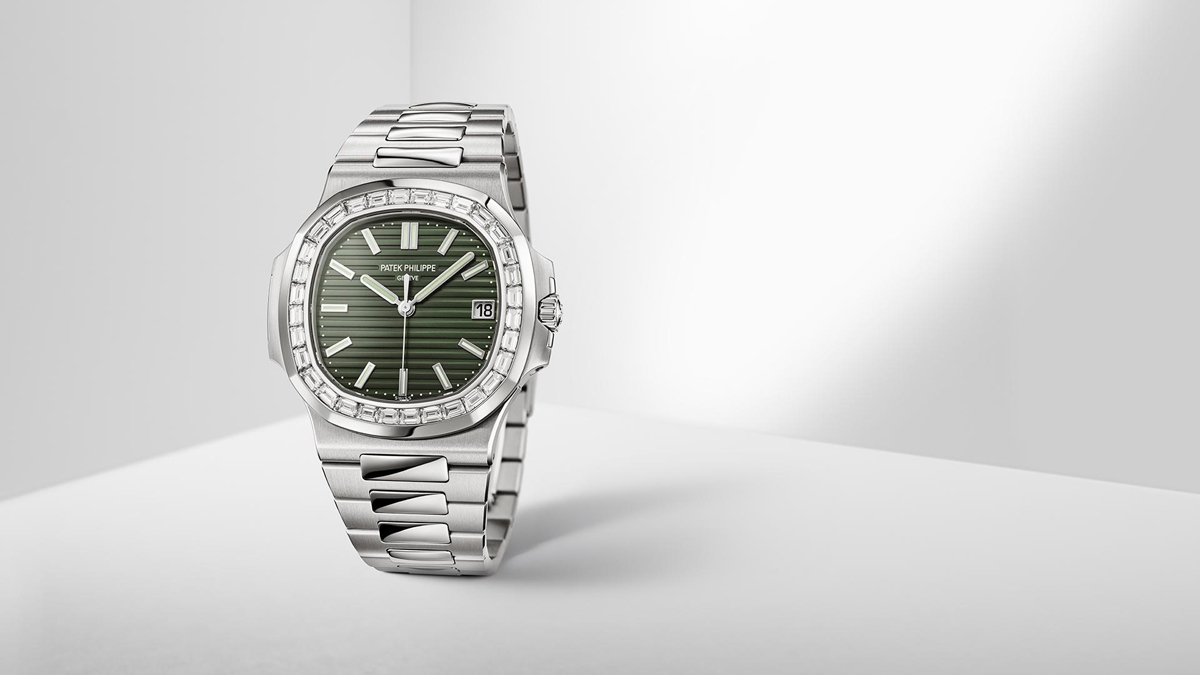 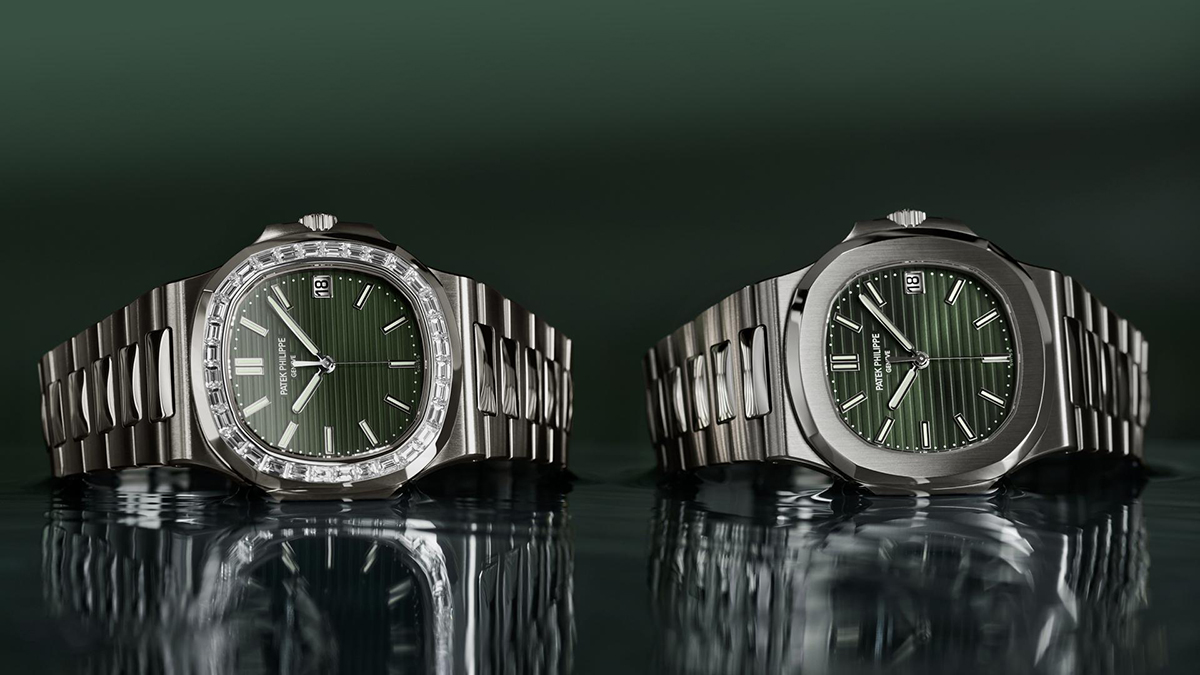 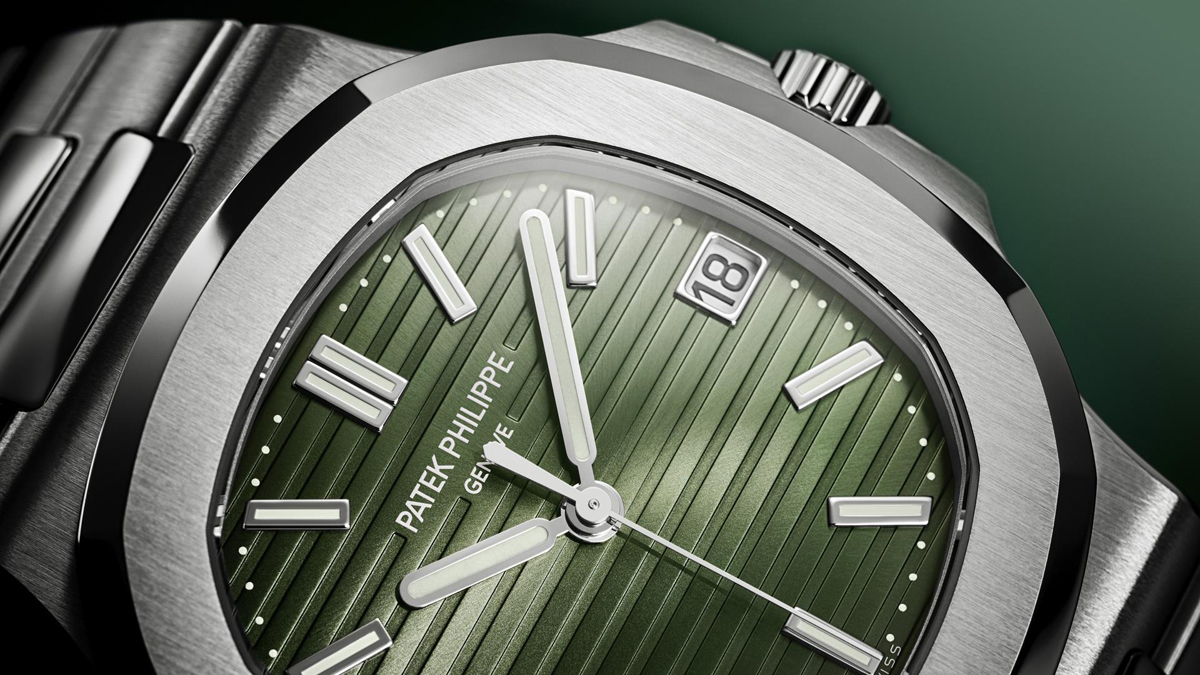 The maison is also adding a lovely model to the jewellery range: Ref. 7118/1450R-001 Nautilus Haute Joaillerie: the rose gold case, bezel and bracelet are paved with a snow-setting of diamonds. For this model, the case is larger: from 33.6mm to 35.2mm from 10 to 4 o’clock. 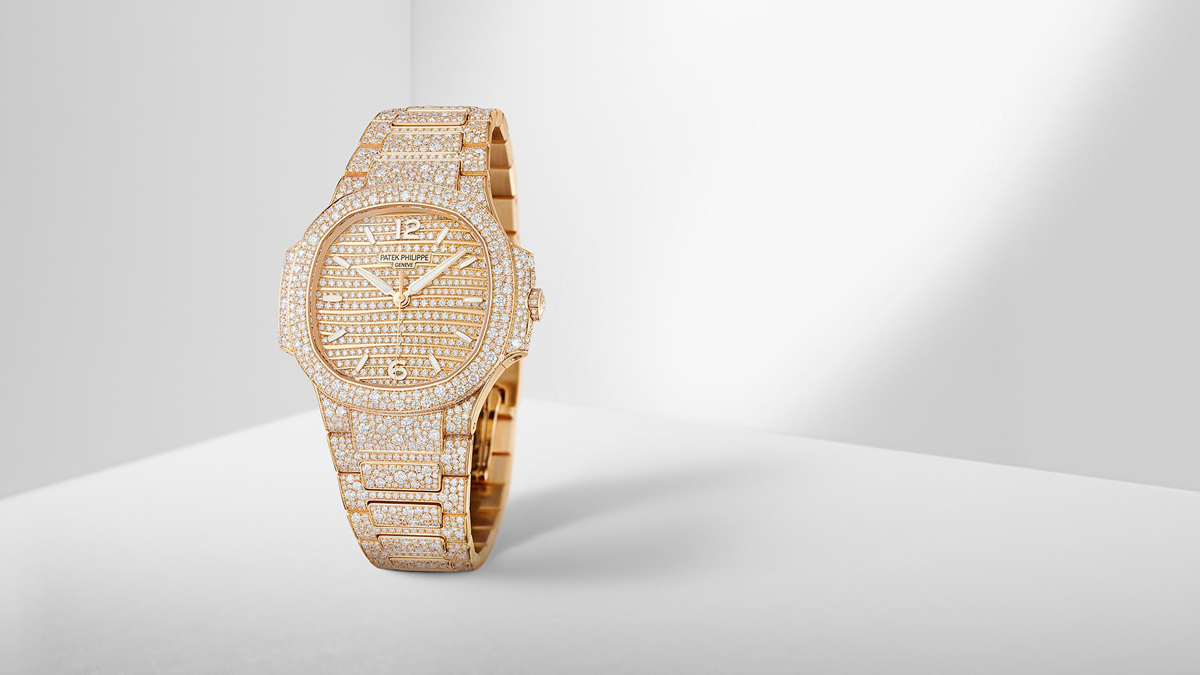 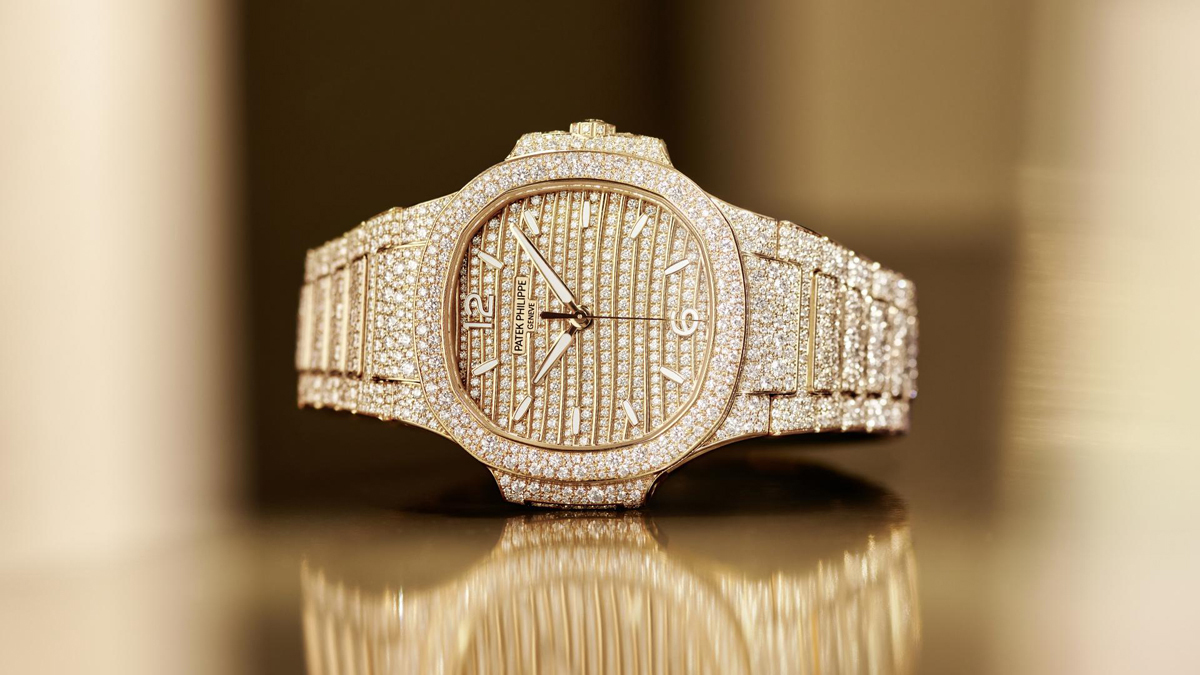 Audemars Piguet at Watches and Wonders 2021

It’s hard to talk about Audemars Piguet’s latest launch without being melodramatic. At least for someone like me, who has admired and supported AP for many years and now is exposed to the Royal Oak Concept “Black Panther” Flying Tourbillon. Any way I look at it, there is no good side and it pains me to say it. What’s more, the brand has said that this is the first iteration of its Marvel heroes watch series, which means there is more where it came from. By the time I am writing this, the model is probably sold out. And they will probably earn a lot of money from this Hollywood romance, just like Prince Harry will earn a lot of money from his Hollywood marriage. But I dare say that something has been lost forever in the eyes of the public – for both of them. To do my duty – the characteristics of the watch: titanium case, octagonal black ceramic bezel, ceramic crown (AP says the titanium case is inspired by vibranium – check the Marvel movies to see what vibranium is). The flying tourbillon is positioned at 6 o’clock, while the Black Panther’s silhouette is cut in a white gold disk by CNC machining, then painted by hand. The texture of the Marvel hero’s suit has been carved out by laser. And then comes the hand engraving.