Tudor
0
Ever faithful to its long tradition of blue sports watches, TUDOR now offers a “Navy Blue” version of its flagship model, the Black Bay Fifty-Eight.

The Black Bay Fifty-Eight “Navy Blue” gets its name from its colour, of course, but also from the year 1958, in which the first TUDOR divers’ watch waterproof to 200 metres (660 ft), reference 7924 or “Big Crown”, was presented. Among other aesthetic nods to this historic watch, this model offers a 39 mm diameter case in in keeping with the characteristic proportions of the 1950s. Ideal for slim wrists, people who like more compact watches and vintage enthusiasts, the Black Bay Fifty-Eight “Navy Blue” also carries on with the long TUDOR tradition of blue sports watches. 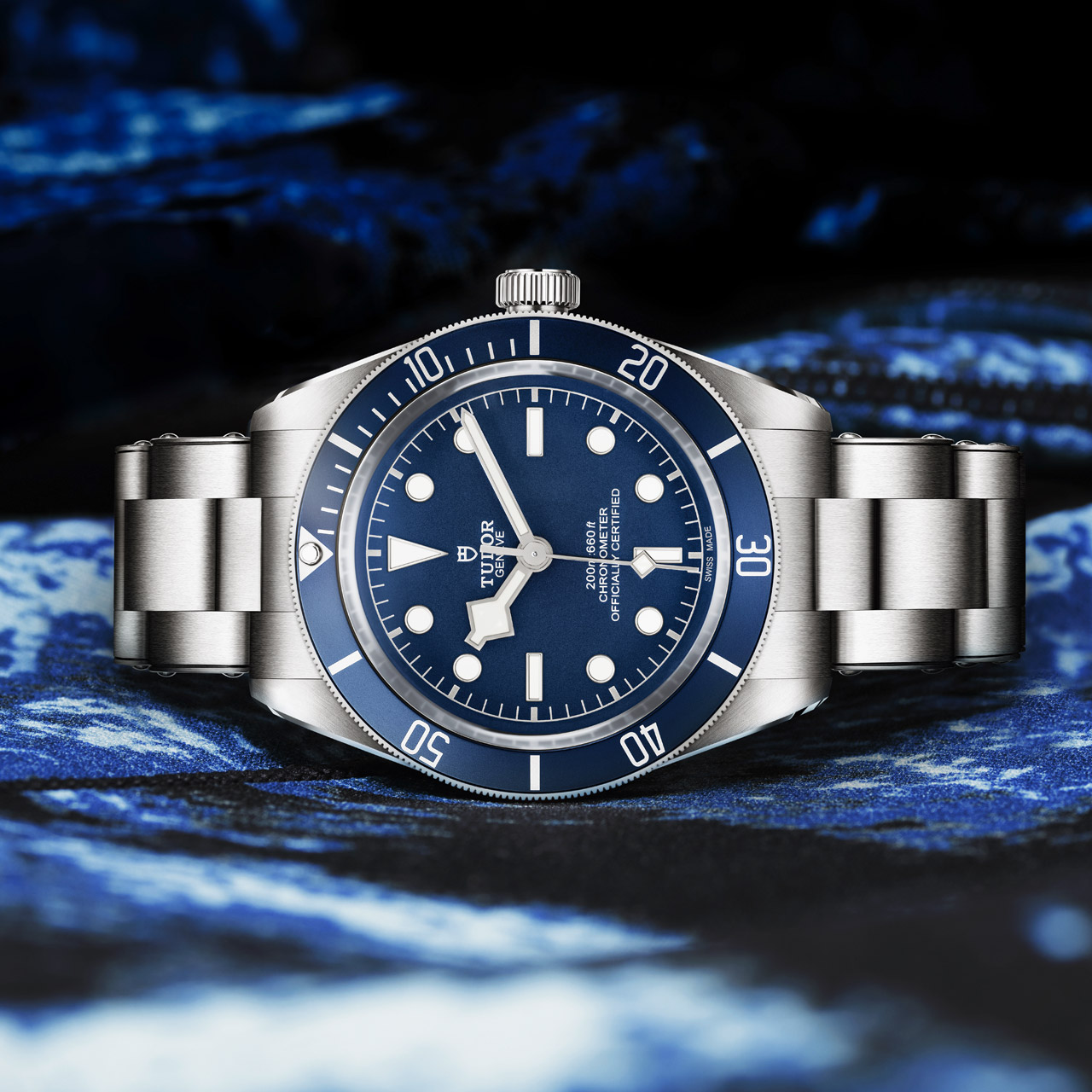 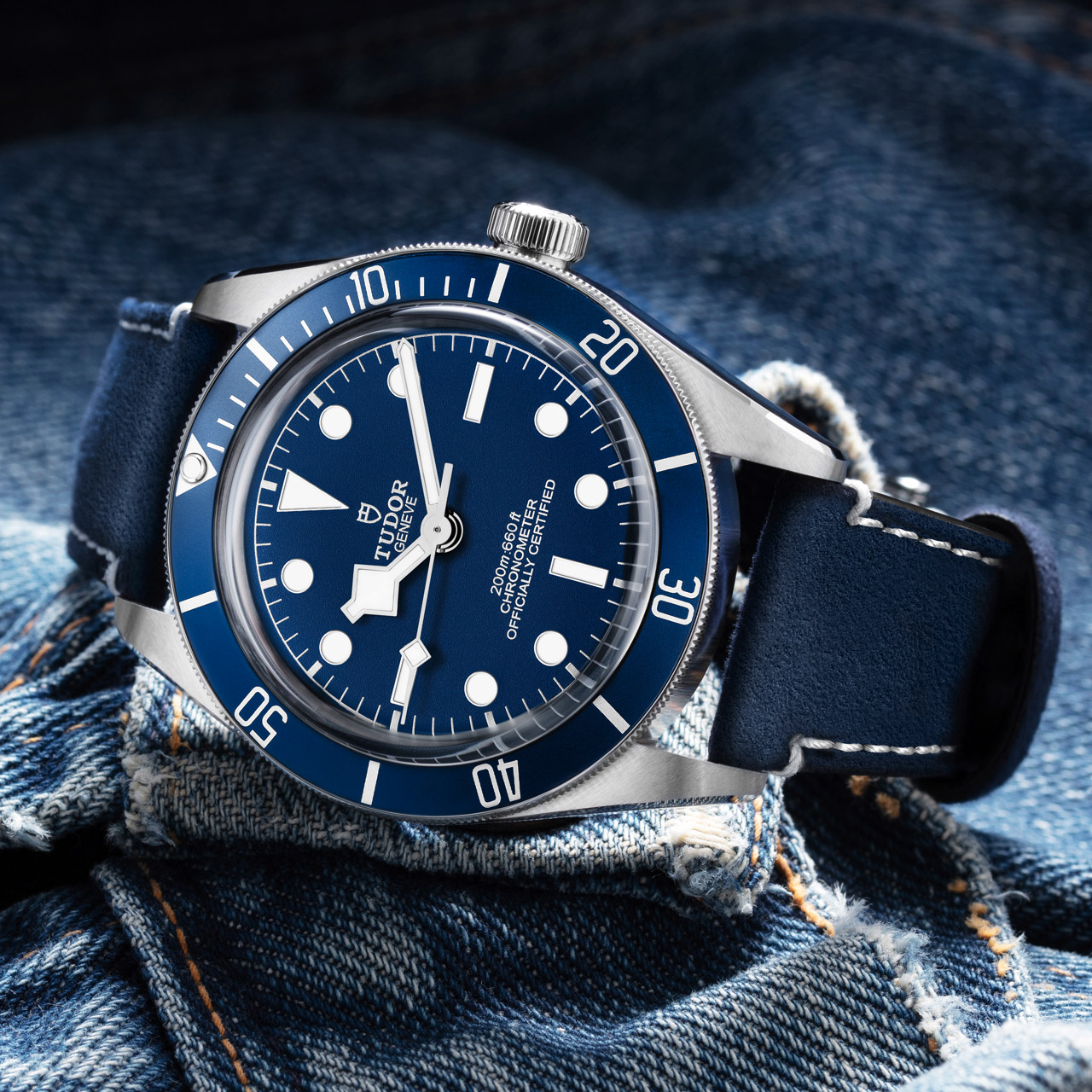 In 1969, TUDOR introduced a divers’ watch with a blue dial and bezel. The other sports watches in the collection were soon attired in blue, immediately creating a lasting aesthetic hallmark known as “TUDOR Blue”. Adopted by the French navy for its TUDOR divers’ watches during the 1970s, this livery became part of the collective imagination. The Black Bay Fifty-Eight “Navy Blue” follows in this tradition with its navy blue dial and bezel insert. This is a colour that also appears on the “soft touch” strap offered with this model and made from a synthetic, tactile material resembling flannel.

Navy blue is also the dominant colour of the fabric strap offered with this model. The fabric strap is one of the hallmarks of TUDOR, which, in 2010, became one of the very first watchmaking brands to offer it with its products. Woven in France on 19th century Jacquard looms by the Julien Faure company in the St-Etienne region, its manufacturing quality and comfort on the wrist are unique. In 2020, TUDOR and Julien Faure, a 150-year old family company, celebrate 10 years of a partnership that started just before the launch of the Heritage Chrono in 2010, the first model of the brand to be fitted with a fabric strap created by the artisan.

The Manufacture Calibre MT5402, which equips the Black Bay Fifty-Eight “Navy Blue”, displays hour, minute and second functions. It has the finish typical of TUDOR Manufacture calibres. Its rotor in tungsten monobloc is openwork and satin-brushed with sand-blasted details, and its bridges and mainplate have alternate sand-blasted, polished surfaces and laser decorations.
Its build has been designed to ensure robustness, longevity, reliability and precision, as has its variable inertia balance, which is maintained by a sturdy traversing bridge with a two-point fixation. Together with its non-magnetic
silicon hairspring, the Manufacture Calibre MT5402 is chronometer-certified by the Swiss Official Chronometer Testing Institute (COSC), with its performance going beyond the standards set by this independent institute. In fact, where COSC allows for an average variation in the daily running rate of a watch movement of between -4 and +6 seconds in relation to absolute time, TUDOR applies a tolerance of between -2 and +4 seconds’ variation in its daily rate on the watch fully assembled. 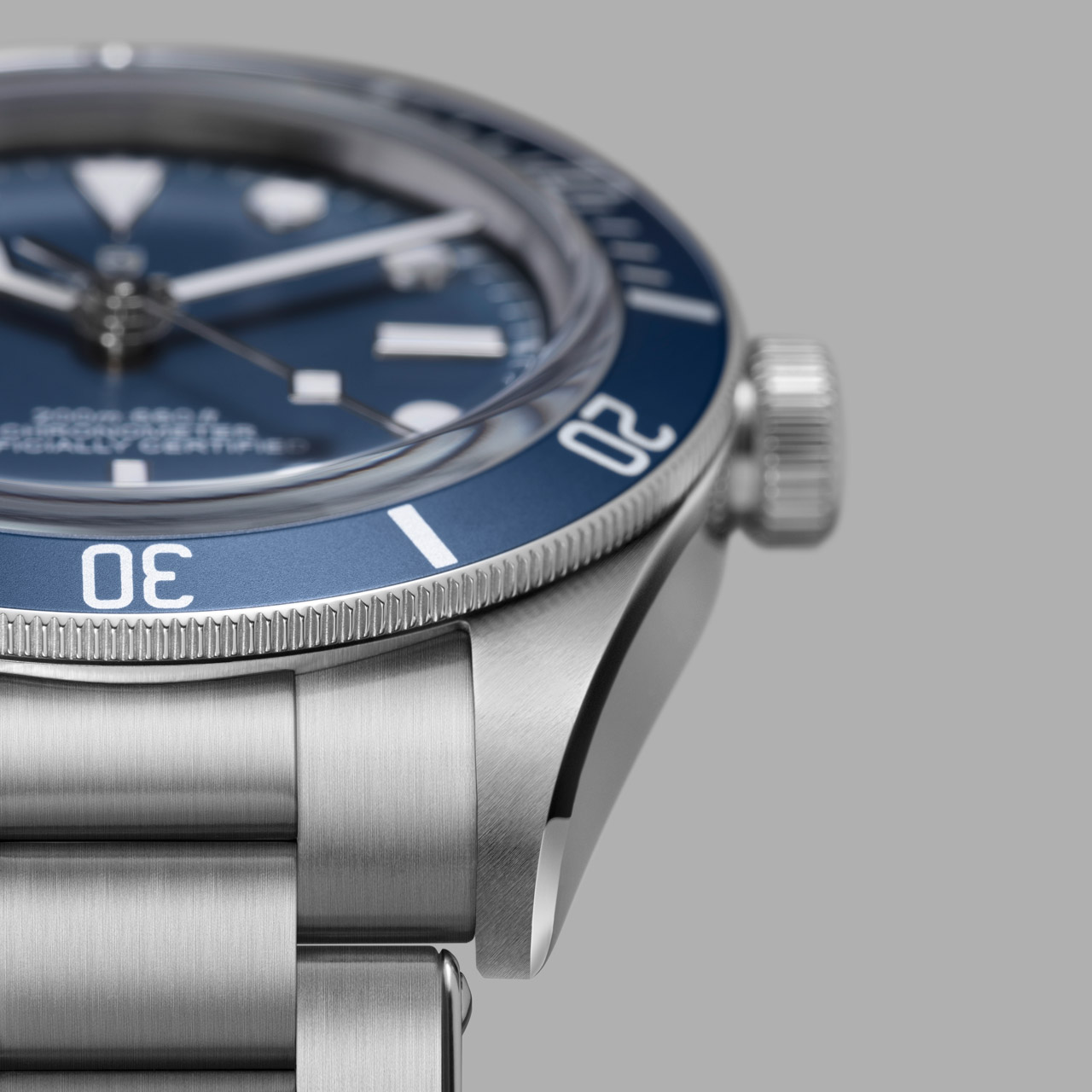 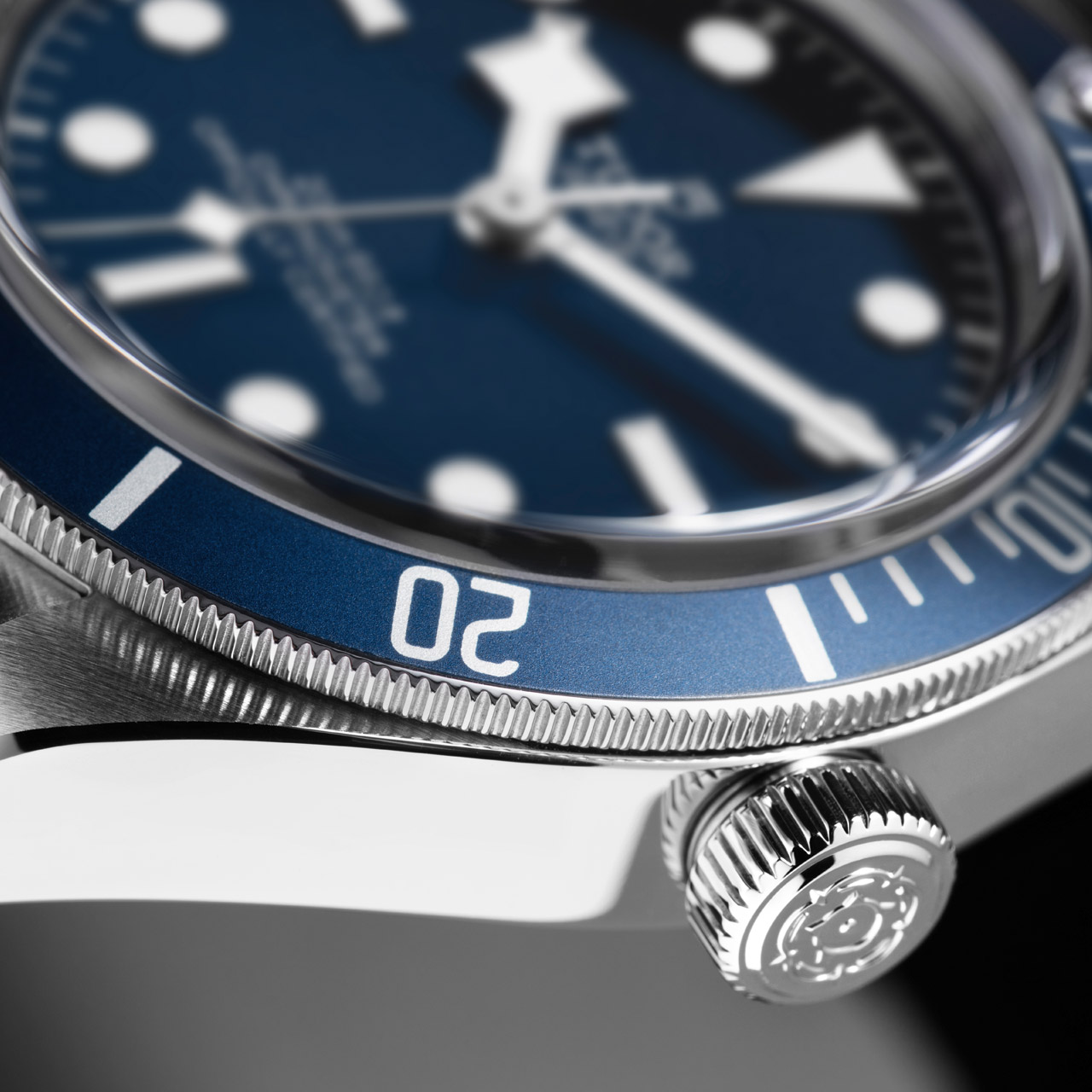 Another notable feature is that the power reserve of the Manufacture MT5402 Calibre is “weekend-proof”; that is to say about 70 hours, which enables the wearer to take the watch off on a Friday evening and put it back on again on Monday morning without having to wind and reset it.

Like other models in the Black Bay range, the Black Bay Fifty-Eight “Navy Blue” adopts TUDOR’s characteristic angular hands known as “Snowflake” that appeared in the brand’s 1969 catalogue. The result of a subtle blend of traditional aesthetics and contemporary watchmaking, the Black Bay line is far from offering identical rereleases of classics. Resolutely anchored in the present, it brings together close to seven decades of TUDOR divers’ watches. 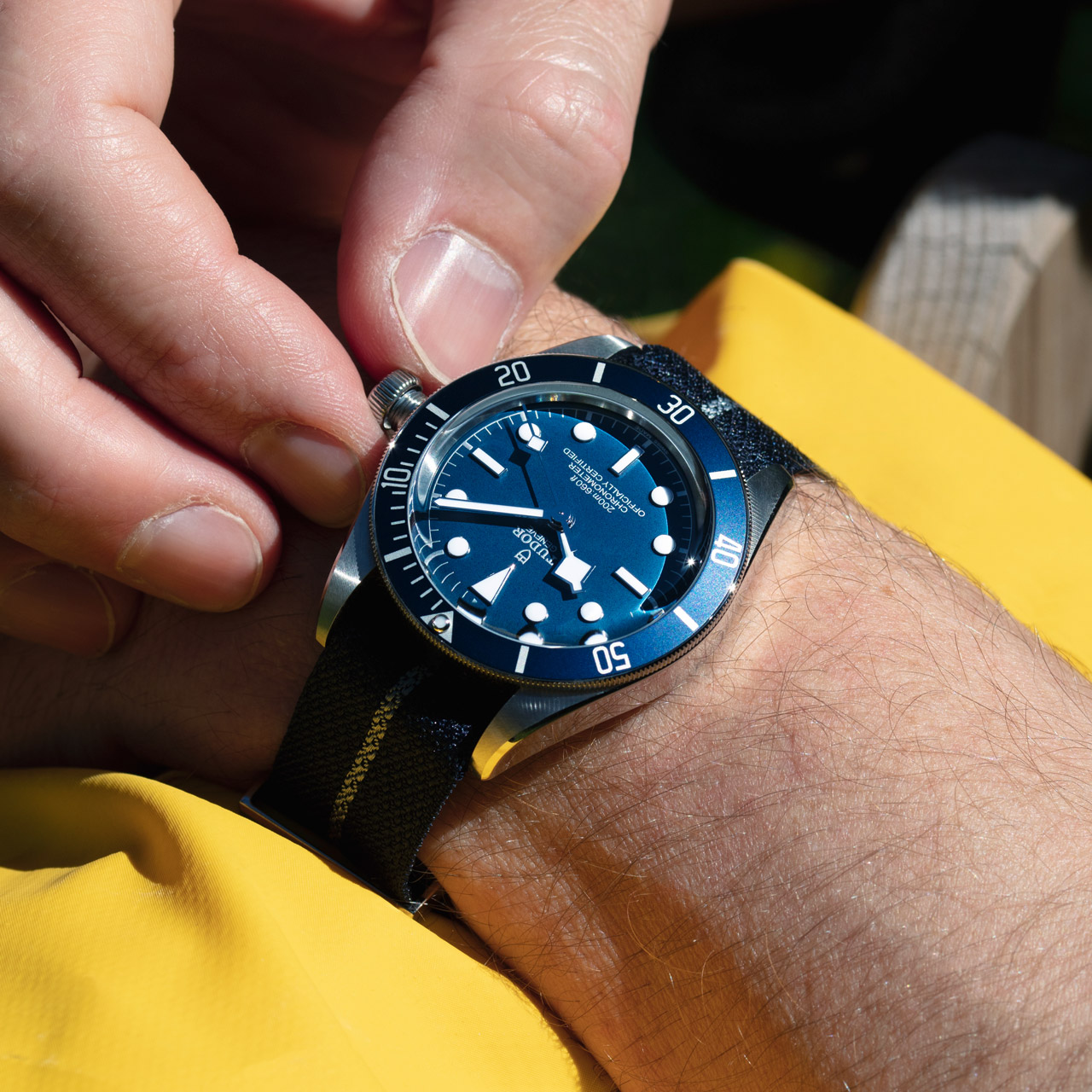 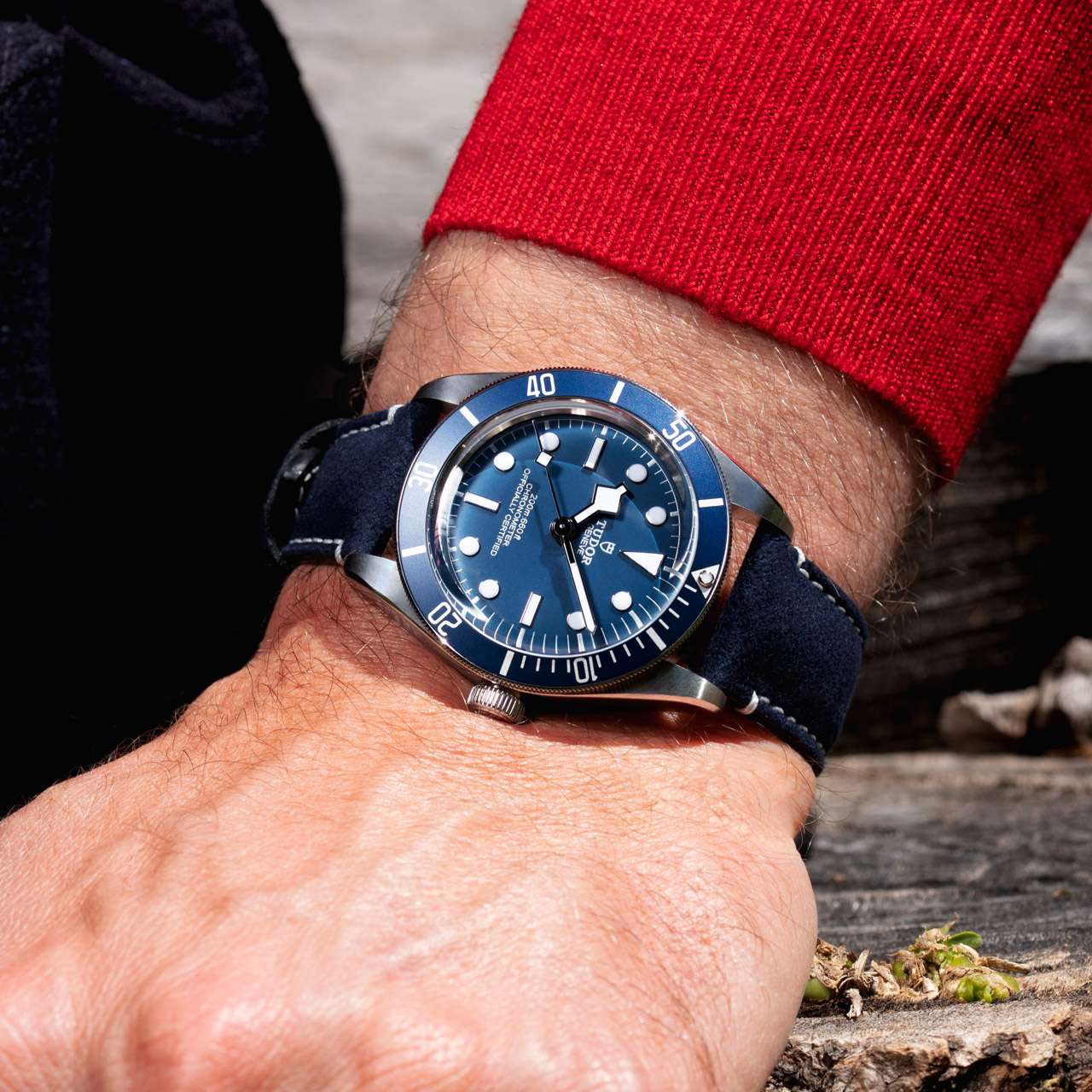 TUDOR is now offering a five-year guarantee on all its products sold after January 1st 2020. This guarantee does not require the watch to be registered, or any maintenance checks, and is transferable. In addition, all TUDOR products bought between July 1st 2018 and December 31st 2019 will benefit from an 18-month extension to their guarantee, that is to say, a total of three and a half years.