With the GMT Sport and the original Balancier S, Greubel Forsey revealed a new facet of its identity. This highly contemporary and exciting approach to fine watchmaking has just been raised to the power of 2, amplifying the very essence of Greubel Forsey.
The Balancier S2 isolates the most powerful elements of the original Balancier S and accentuates and modernises them. Instead of soft curves and a discreet overall aesthetic, the Balancier S2 is all about contrast and power. It shares the movement of its predecessor but introduces a new case, new finishing and new design codes.

Greubel Forsey chose to accentuate the contrast – and therefore the legibility – of its dial, with an intense black or grey backdrop that cuts through the balance bridge between 5 and 9 o’clock. The edges are sharp and the matt-effect handgrained finish allows the bridge and indices to stand out much more clearly. The latter have been reduced to their simplest expression, with 12 towering indices for 12 hours. 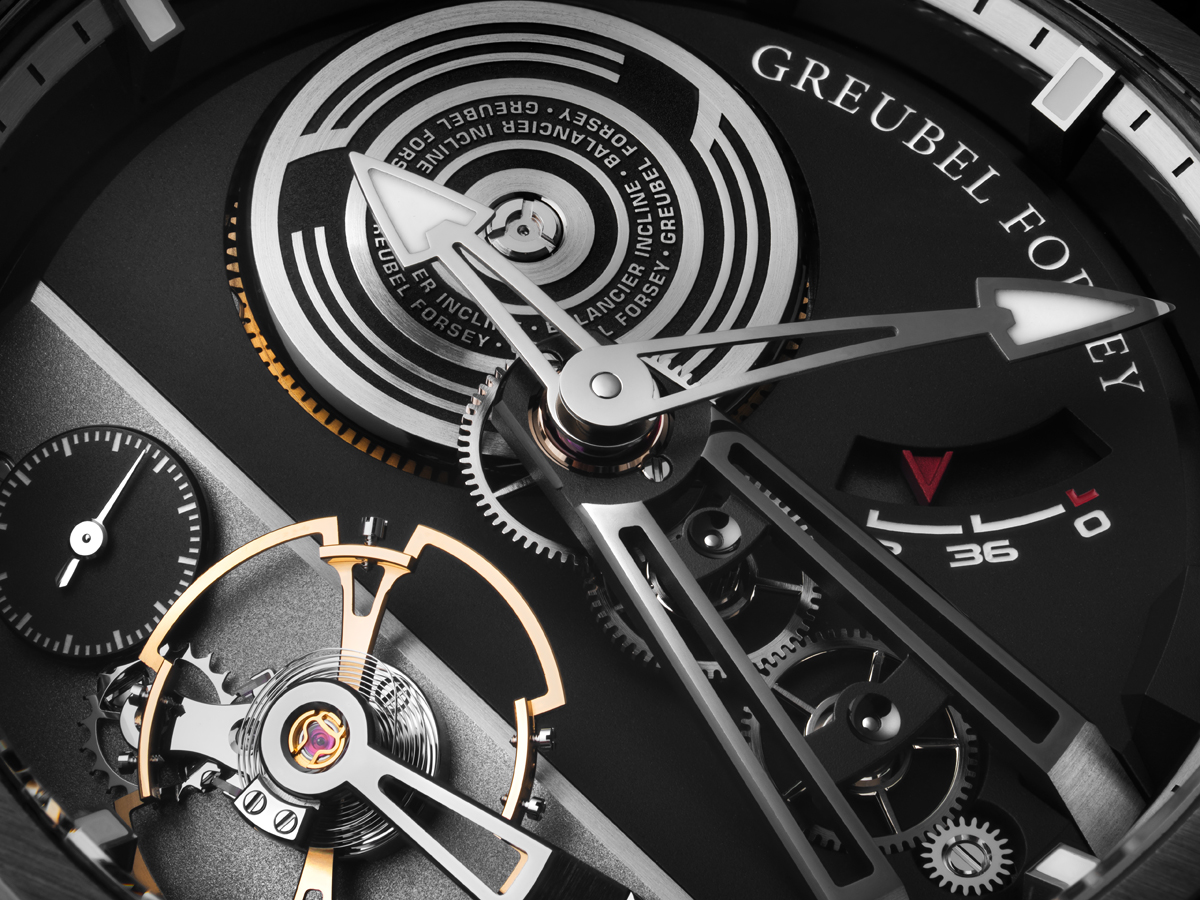 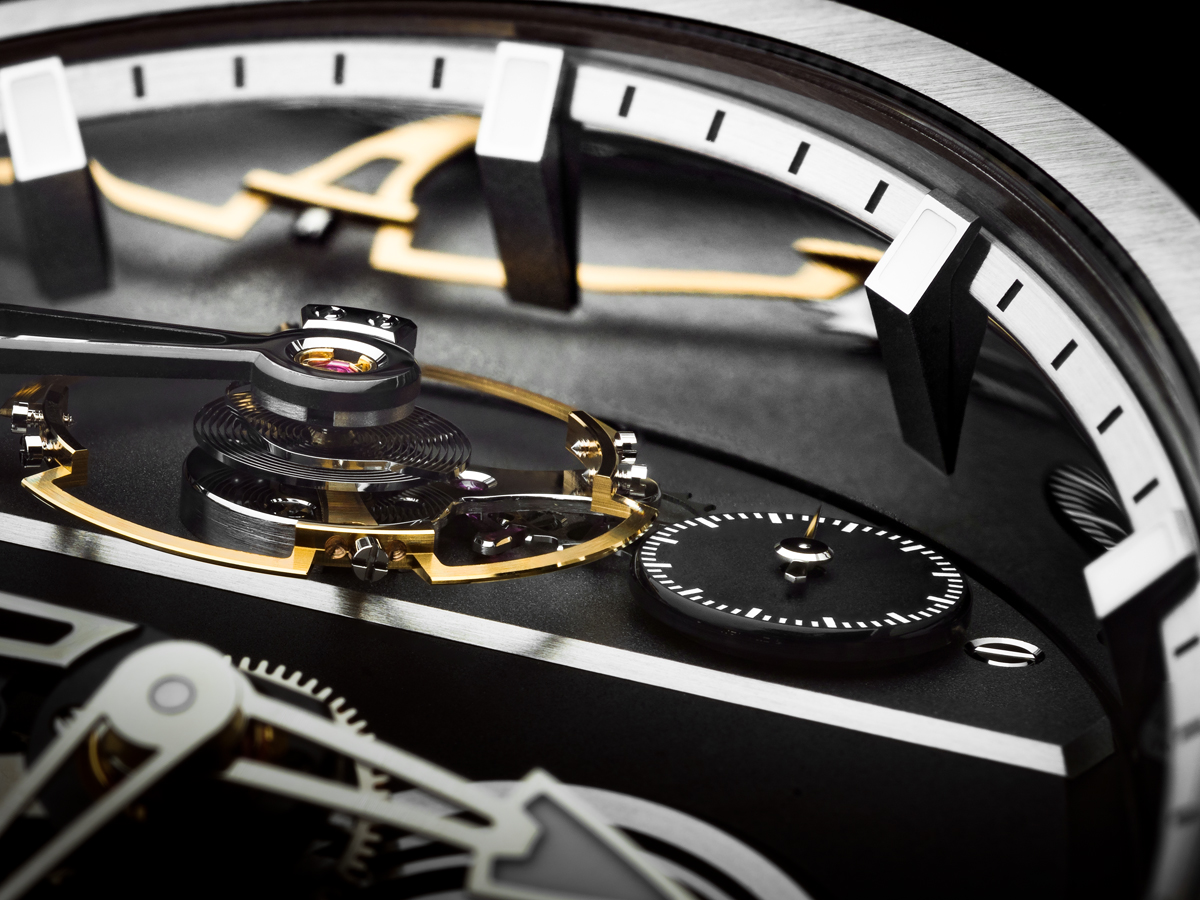 For the first time, the central double-arched titanium bridge which holds the gear train is openworked: once again, we can see the desire to lighten, purify and return to the essential. The new titanium bracelet reinforces this dynamic. It offers perfect continuity with the titanium case, exuding a robust and contemporary appeal. 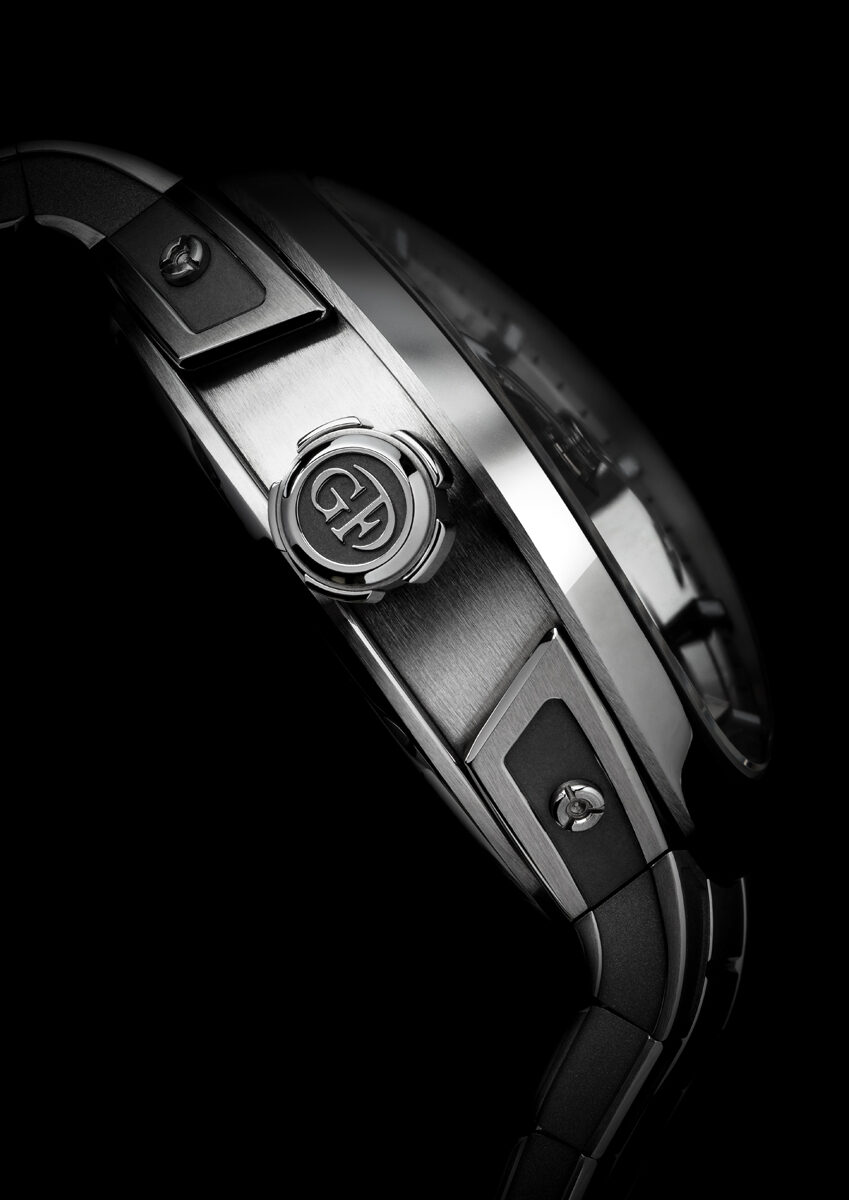 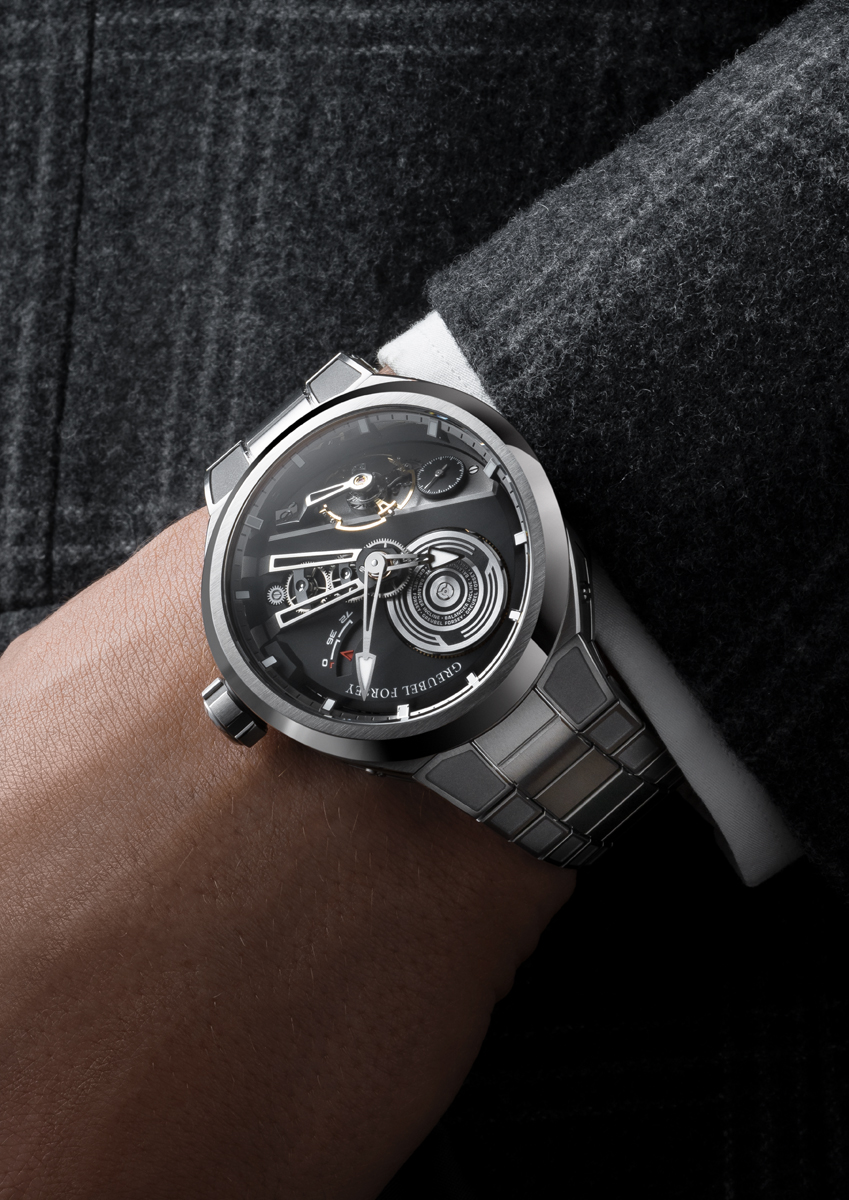 The Balancier S2 also features a slightly larger diameter that helps assert its new personality. Increased to 46.5mm, it is now topped by a striking brushed titanium bezel with polished flanks, instead of the key Greubel Forsey values. Similarly, the barrel cover no longer features the large “Greubel Forsey” signature, but instead a very modern circular pattern designed exclusively for this model. The Greubel Forsey signature appears under the internal bezel between 12 and 2 o’clock. Suspended high above, the hour and minute hands appear in luminescent white. 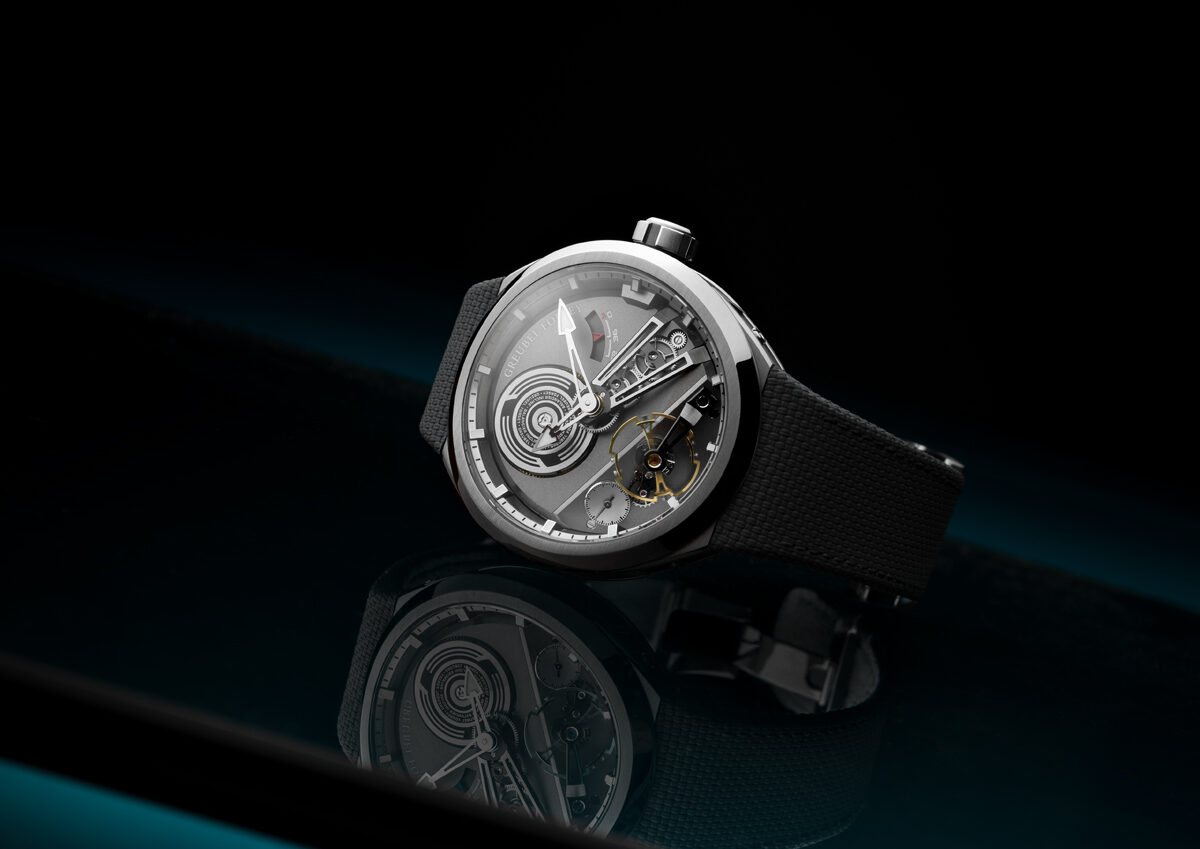 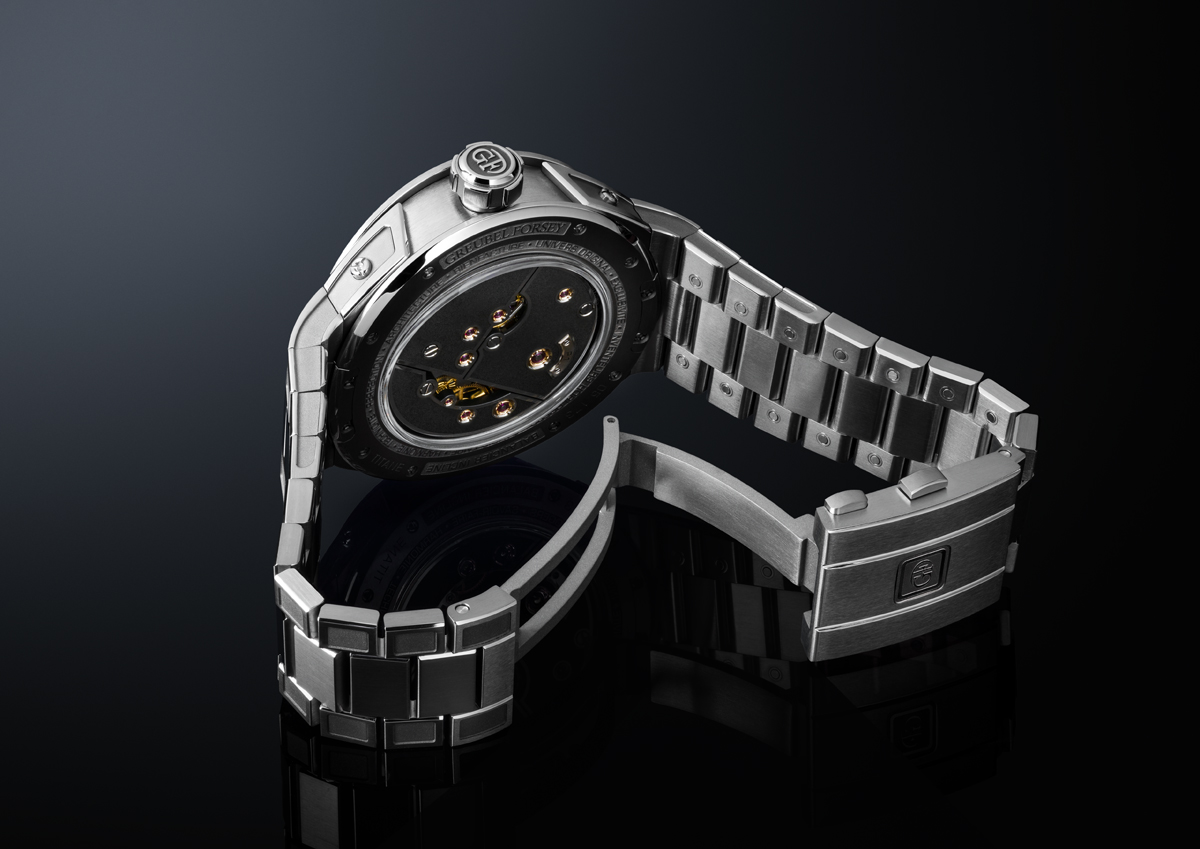