Breitling
0
At the launch of the new Navitimer Cosmonaute, Breitling reveals the original “first Swiss wristwatch in space” for the first time since its 1962 mission.

On the 60th anniversary of its journey aboard the Aurora 7 spacecraft, the mythic watch with the 24-hour dial is set to lift off once again in a new release that pays tribute to the historic mission. To mark the occasion, Breitling offered the first-ever public viewing of the original Cosmonaute since 1962—and revealed the watch’s incredible story.

On May 24, 1962, Breitling officially claimed the title “first Swiss wristwatch in space” after astronaut Scott Carpenter orbited the Earth three times while wearing the Navitimer Cosmonaute during his Mercury-Atlas 7 mission. The watch had been Carpenter’s personal request, a variation on the iconic aviator’s watch he’d encountered in his flight days, but with a 24-hour dial to tell day from night in space. 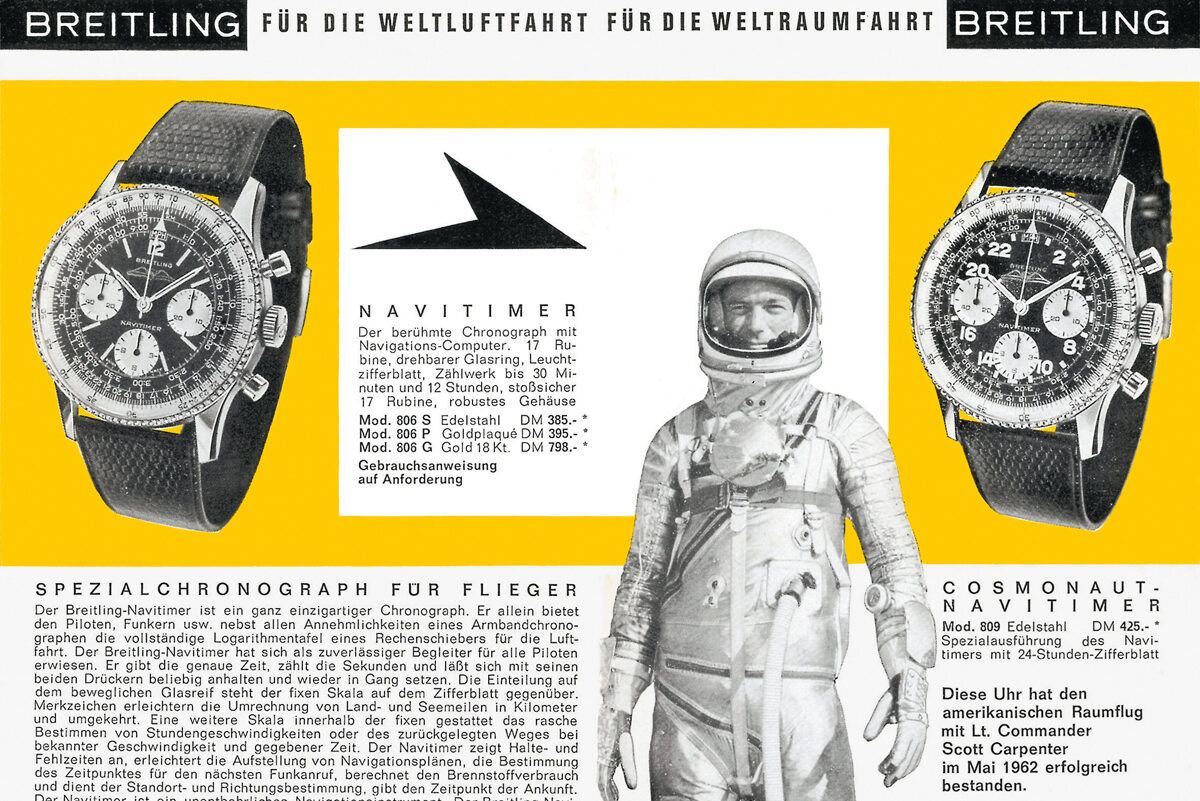 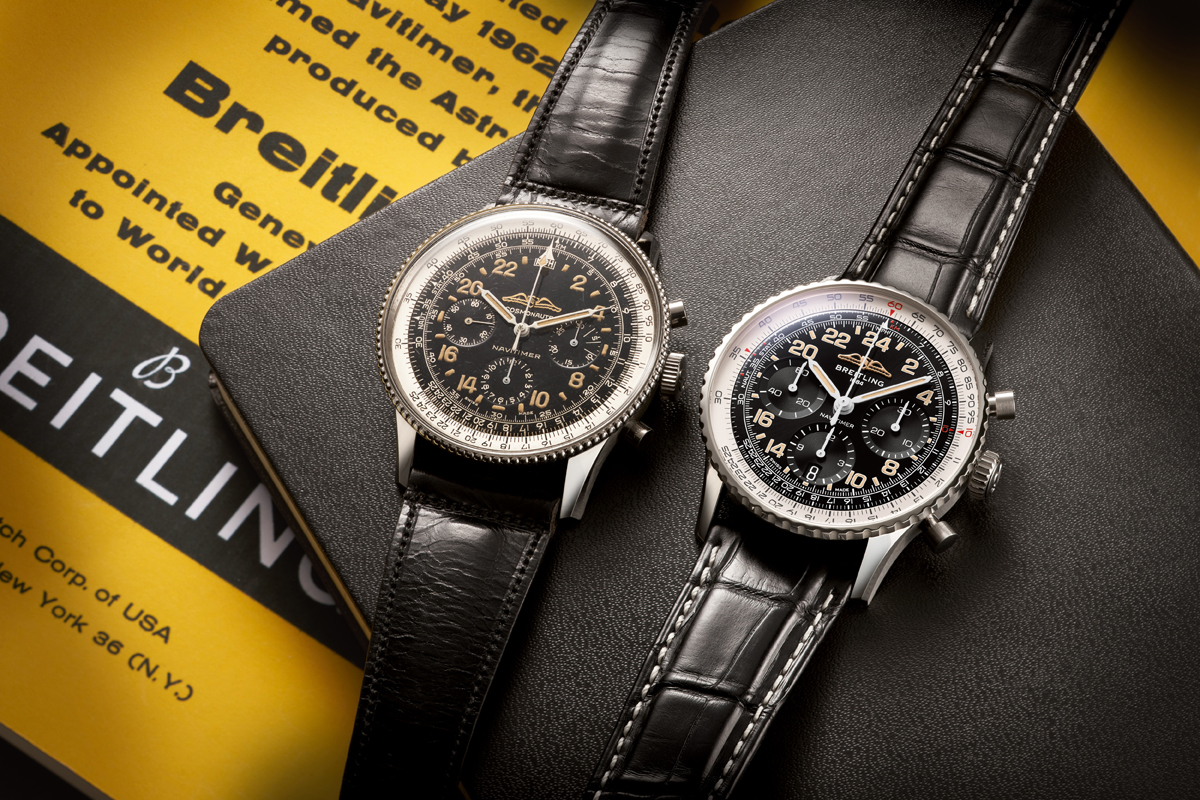 Today—on the 60th anniversary of that mission—Breitling not only unveiled Carpenter’s original Navitimer Cosmonaute, but also launched a modern tribute to it. This special release is limited to 362 pieces that recognize both the spacecraft’s circumnavigations of the Earth and the year the mission made history, marking a crucial step in manned spaceflight.

Georges Kern, CEO of Breitling, says, “When we introduced the redesigned Navitimer earlier this year, a question on everybody’s lips was, ‘What about the Cosmonaute?’ Today, I’m thrilled to finally announce two Cosmonaute reveals: the first-ever public viewing of the watch Scott Carpenter wore into space, and a 60th-anniversary limited-edition timepiece that pays tribute to its history-making forerunner.”

On May 24,1962, five hours after launch, the Aurora 7 space capsule with Carpenter aboard splashed down safely in the Atlantic. The recovery operation lasted three hours, with the long exposure to seawater resulting in irreparable damage to Carpenter’s Cosmonaute. Breitling immediately replaced Carpenter’s watch, but that battered and corroded piece of space history remained in the Breitling family archives—unrestored and widely unknown. That is, until today. 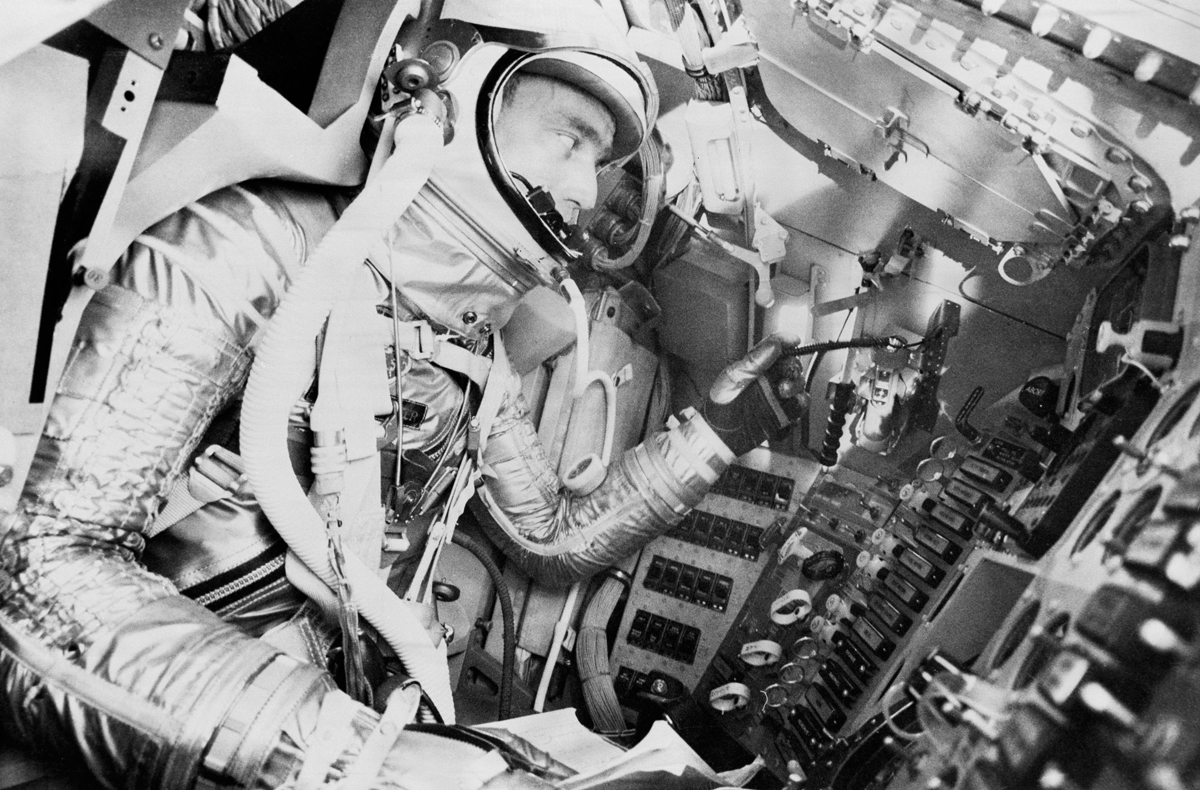 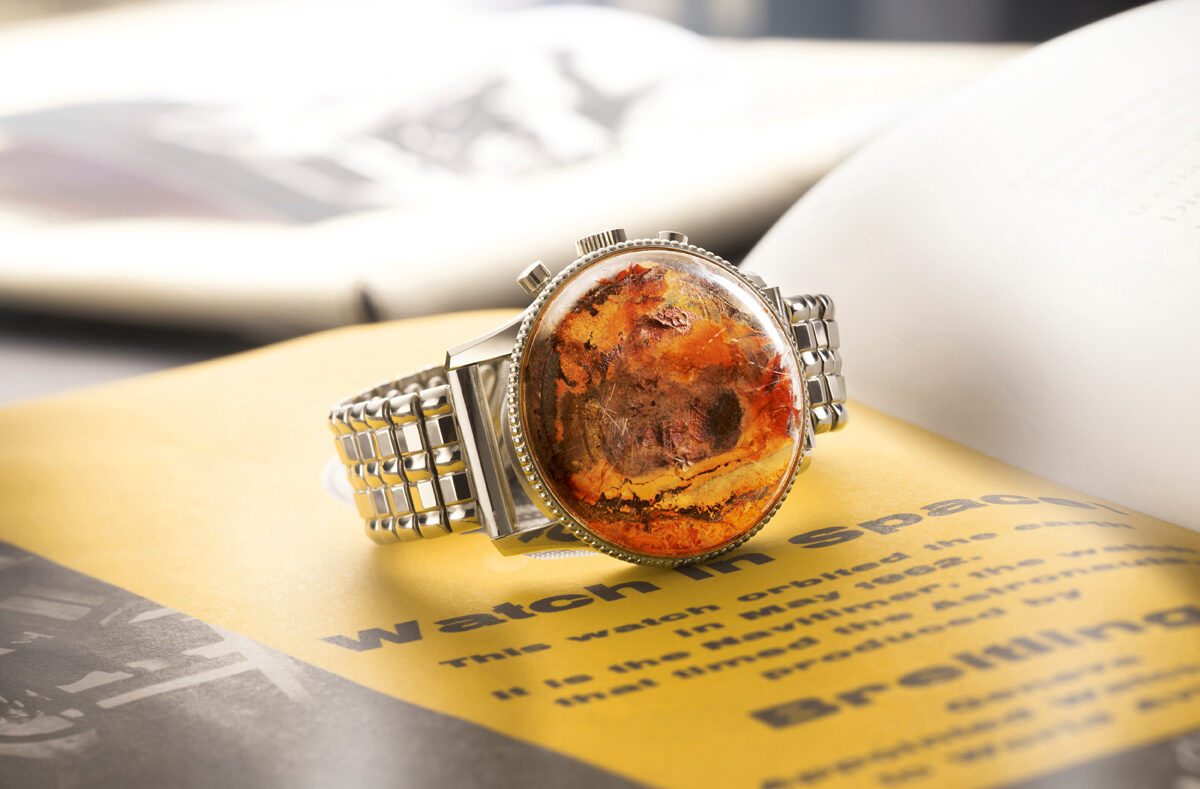 Now, exactly 60 years after its historic flight, that great space watch was exhibited for the first time to select collectors, journalists, and watch enthusiasts at a space-themed event in Zurich. It was an afternoon of lively interaction, co-hosted by Georges Kern and former NASA astronaut Scott Kelly, and featuring an impressive lineup of guest speakers that included members of the Carpenter family, Gregory Breitling, and historian and collector Fred Mandelbaum. The panelists reflected on the Cosmonaute’s creation, the significance of Carpenter’s mission, and how both fit into the wider context of the space program at the time.

Also exhibited was a Cosmonaute once owned by astronaut John Glenn and acquired at auction in 2019 by Gregory Breitling. 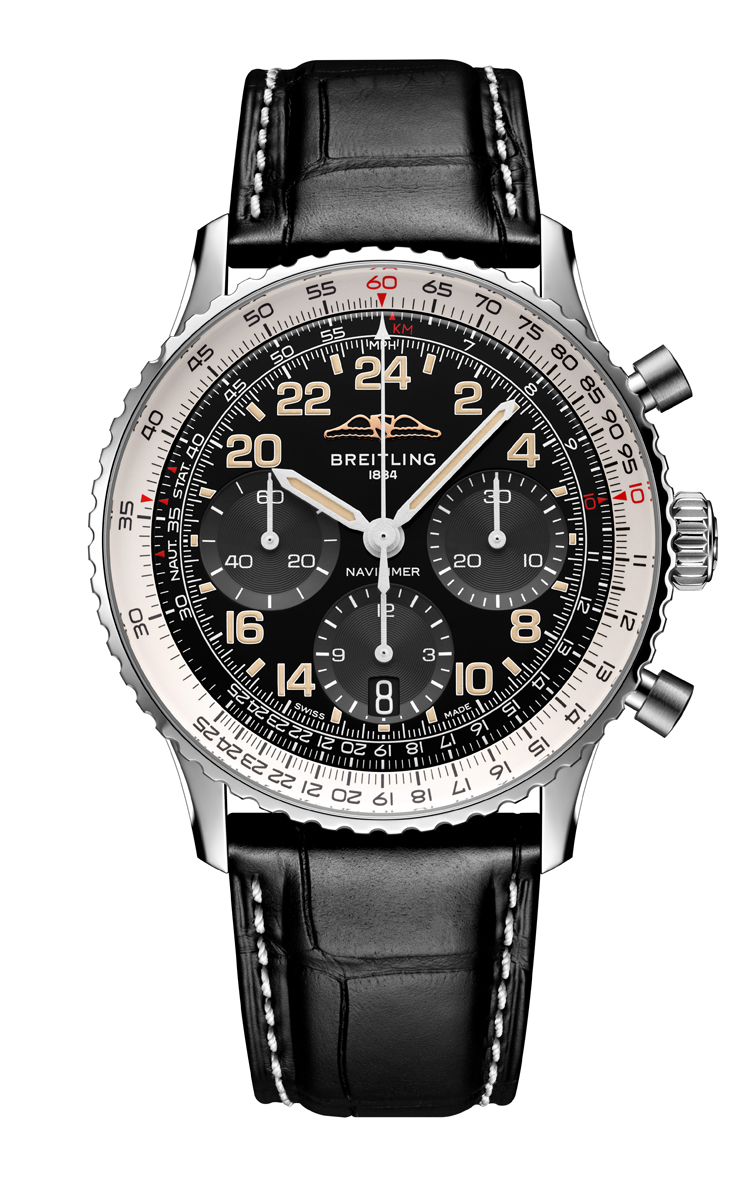 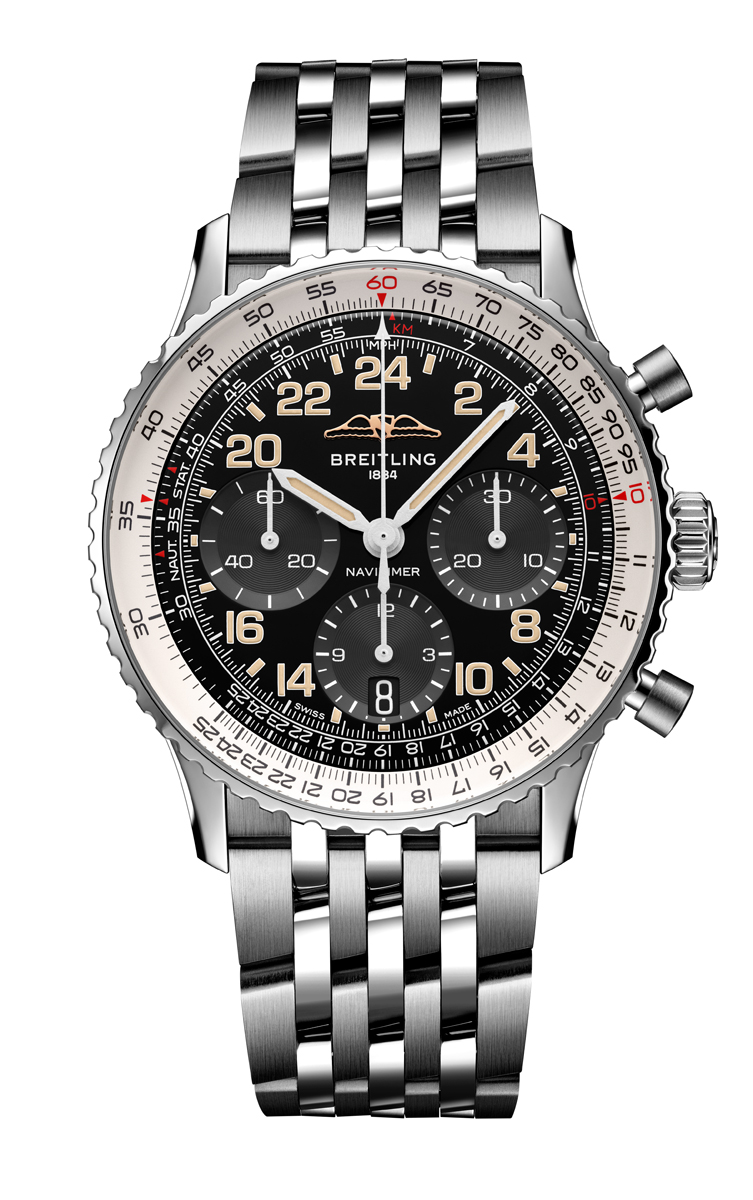 The Cosmonaute is a true Navitimer, meaning it has all the hallmarks of Breitling’s aviation icon: the circular slide rule for performing mathematical calculations, the Aircraft Owners and Pilots Association “wings” logo, and the trio of chronograph subdials. What separates the Cosmonaute from the rest of its family is its ability to tell 24-hour time. The Breitling Manufacture Caliber B02 was specifically designed for this task.

At first glance, the new Cosmonaute is a faithful reproduction of the original, made timeless with an all-black dial and black alligator strap or seven-row stainless-steel bracelet. On closer inspection, though, the elegantly proportioned 41 mm watch is packed with new features. One is its platinum bezel, a premium touch that makes this edition even more of a collector’s piece. 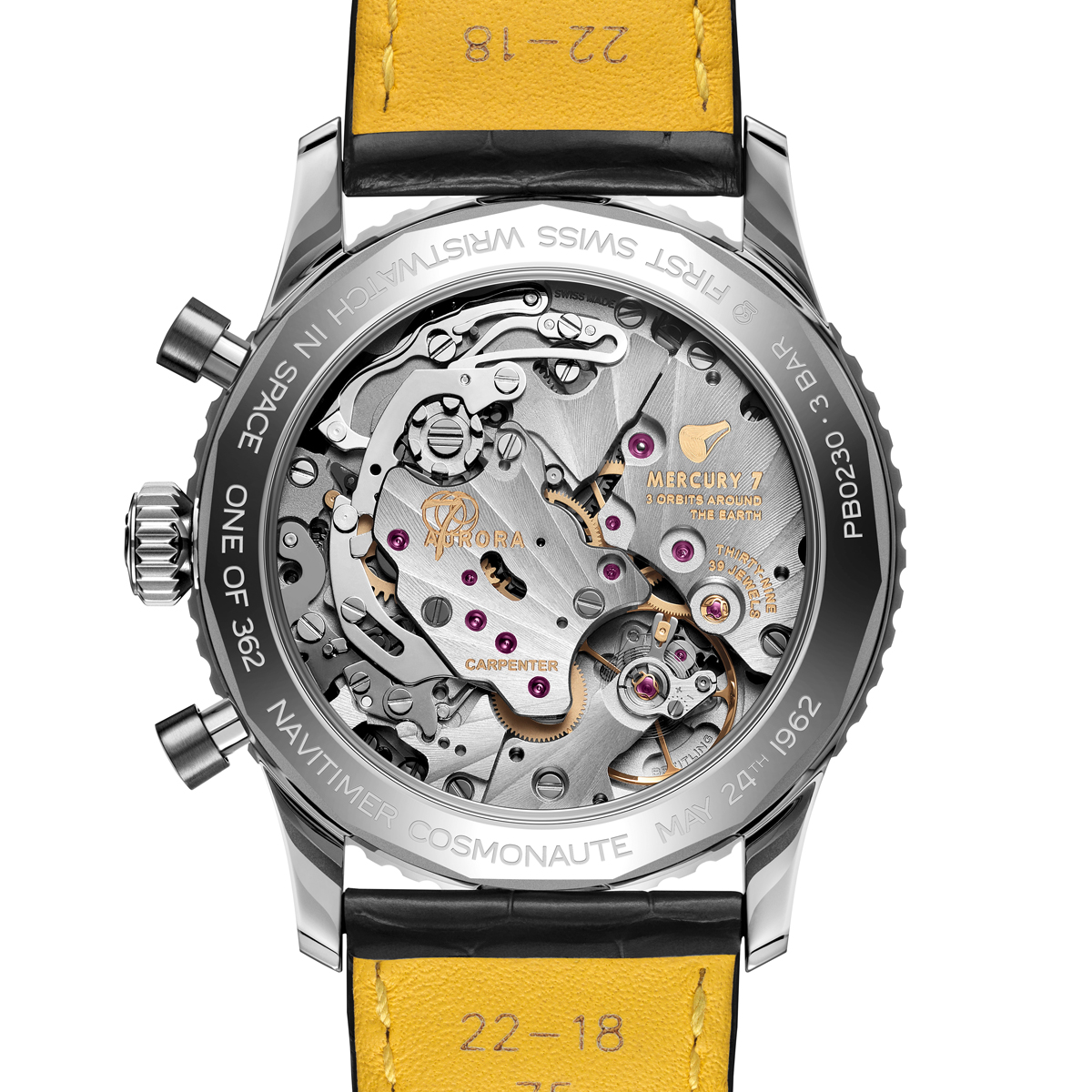 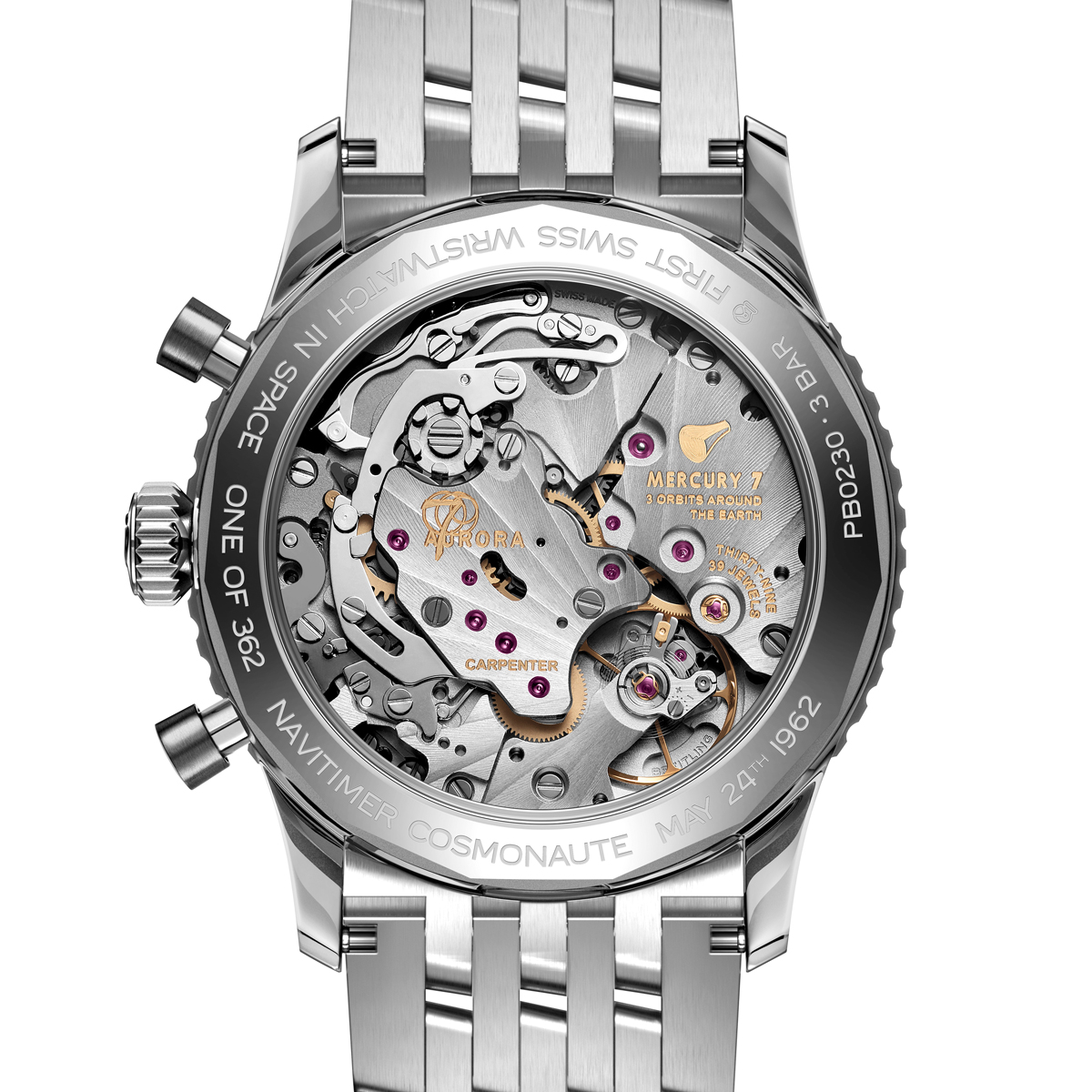 Another is its open sapphire crystal caseback that provides a window on the B02 movement with its special bridge engravings to mark the occasion: the words “Carpenter,” “Aurora 7,” and “3 orbits around the Earth,” along with the name of the original group of seven astronauts chosen for NASA’s first human-crewed spaceflights, Mercury 7.

The Cosmonaute, —a wristwatch worn in space and designed according to an astronaut’s specifications—was kept precisely to those specs when it became available for purchase in 1962. Not only did the 24-hour timepiece go on to become a hit amongst collectors, it was frequently spotted on other astronauts’ wrists. 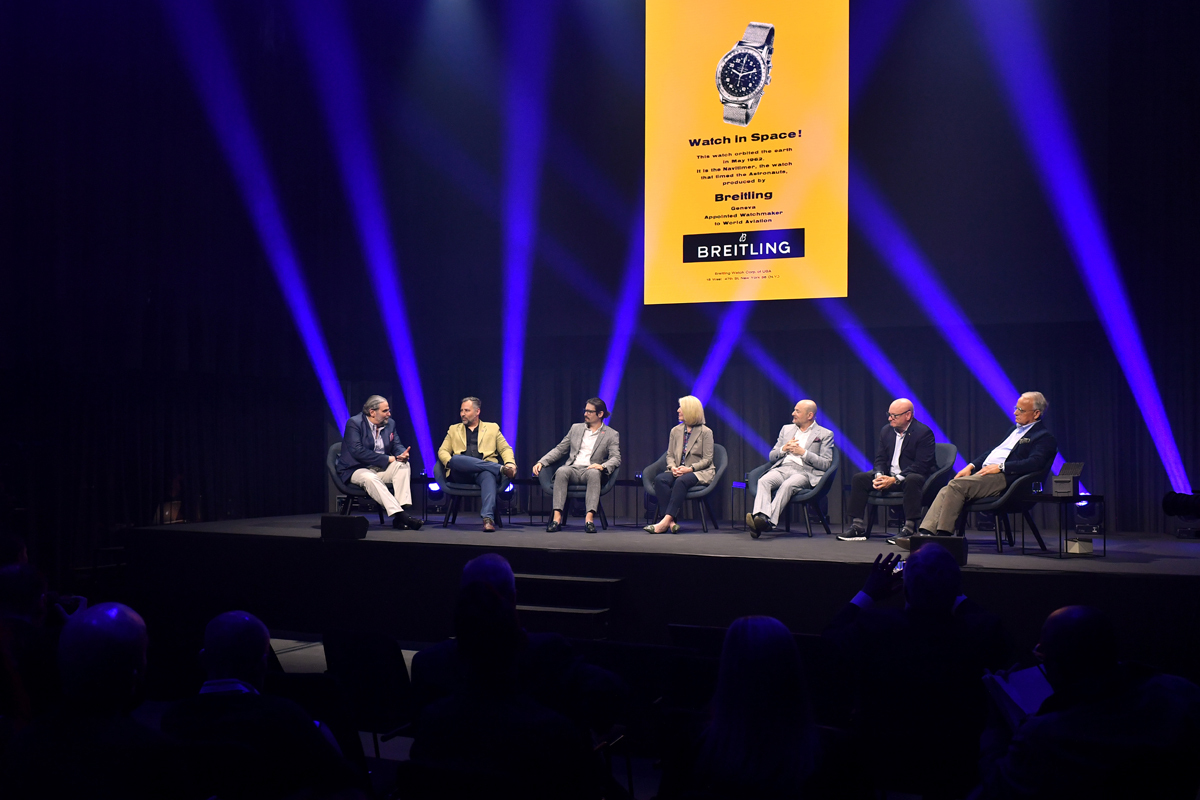 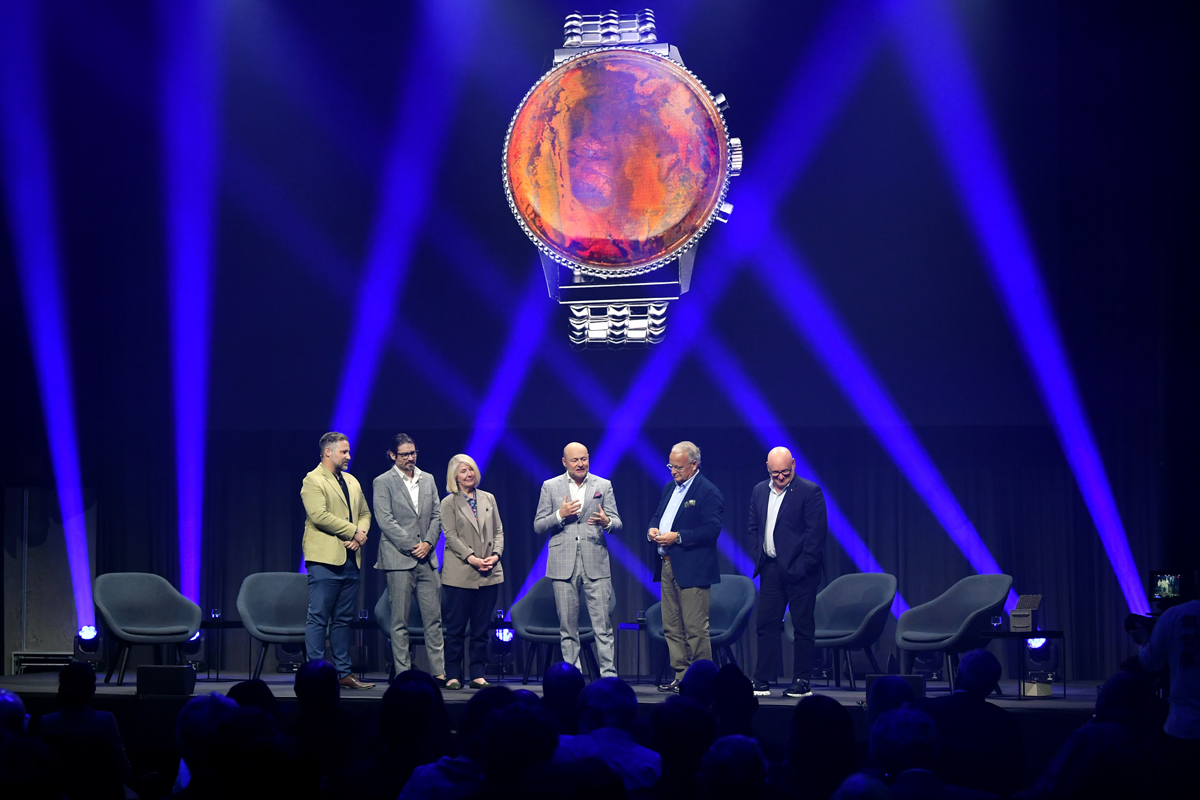 Today’s Cosmonaute takes us back to the origins of space travel, when the race was on, stakes were high, and every mission was a triumph of human ingenuity. This new watch honors the aesthetics of the original Cosmonaute, with subtle updates that work almost imperceptibly to give it its modern-retro appeal. As a final tribute, the caseback is engraved with the date of Carpenter’s mission, “ONE OF 362,”and the phrase “First Swiss wristwatch in space.”