The hyper watchmaker already boasts two renowned partnerships within the motorsport’s universe, creating adrenaline-charged masterpieces with racing legend Lamborghini Squadra Corse and premium tyre expert Pirelli. Welcoming another partner to the fold with the Goodwood Festival of Speed is a natural next step. In honour of the new collaboration, Roger Dubuis is proud to unveil the Excalibur Spider Huracán Monobalancier (MB). Born to race, the new timepiece boasts an expressive blend of hyper materials and hyper mechanics.

The new Excalibur Spider Huracán MB reflects the DNA of Lamborghini Squadra Corse combined with the horological excellence of the Maison. Powered by an automatic RD630 calibre, the 45-mm diameter Excalibur Spider Huracán channels the same exhilarating performance as its motoring namesake. Strong visual cues are inspired from the Huracán GT3 EVO2, including the honeycomb motif made famous by the supercar, with its hexagonal dashboard paralleled in the shape of the calibre. Built like an engine, the calibre’s twin barrels and 12° tilted balance wheel also represent the movement signature associated with Lamborghini Squadra Corse. When viewed from the back, the skeletonised movement reveals the 360° oscillating rim weight. This reproduces the like-for-like speed effect of a Huracán wheel rim, as well as emulating its design. Finally, a crown inspired by the supercar’s racing nuts is paired with an upper calibre strut-bar bridge design reminiscent of those found on the V10 engine itself. When visionary engineers meet incredible watchmakers, iconic timepieces are born. 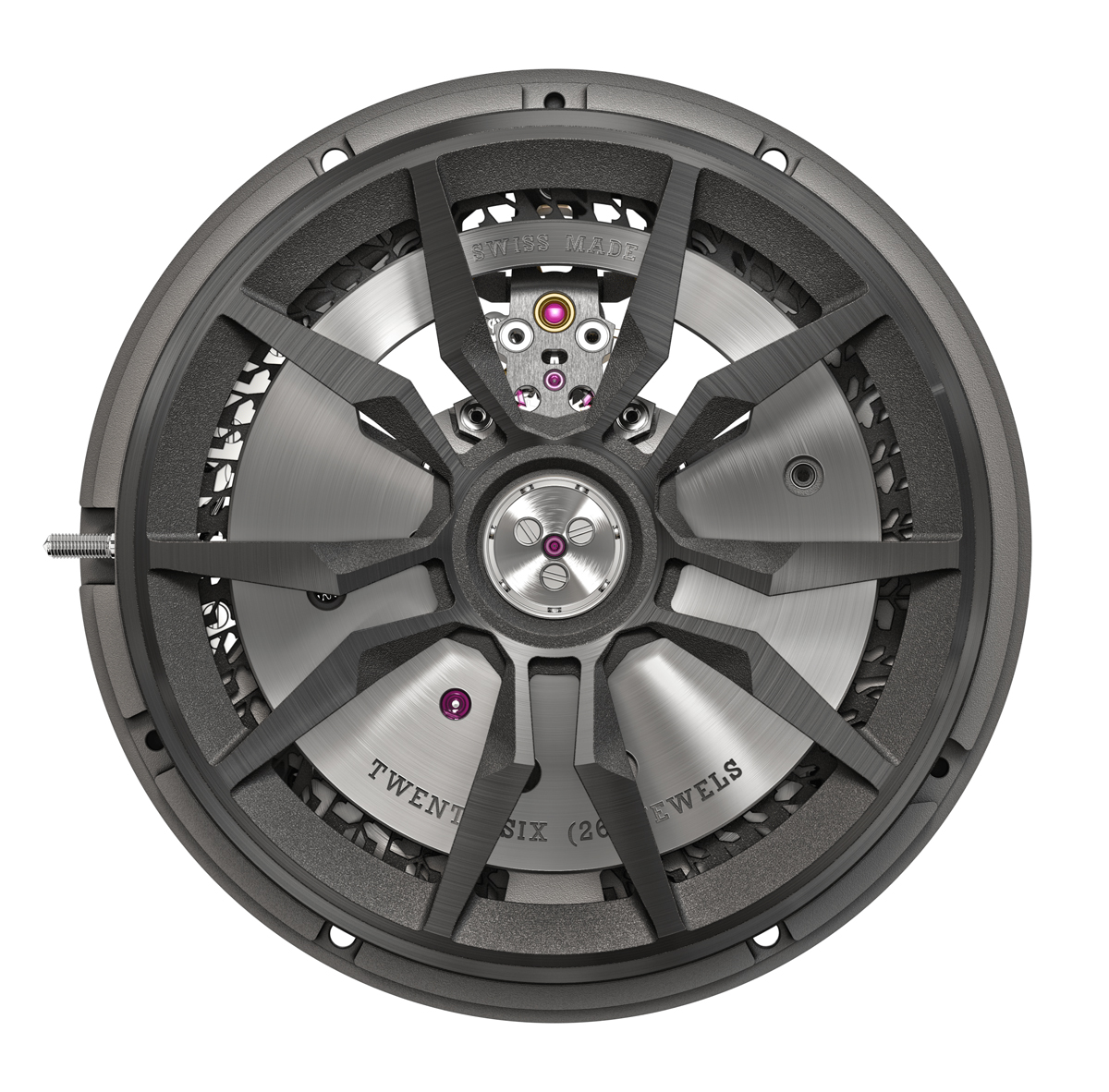 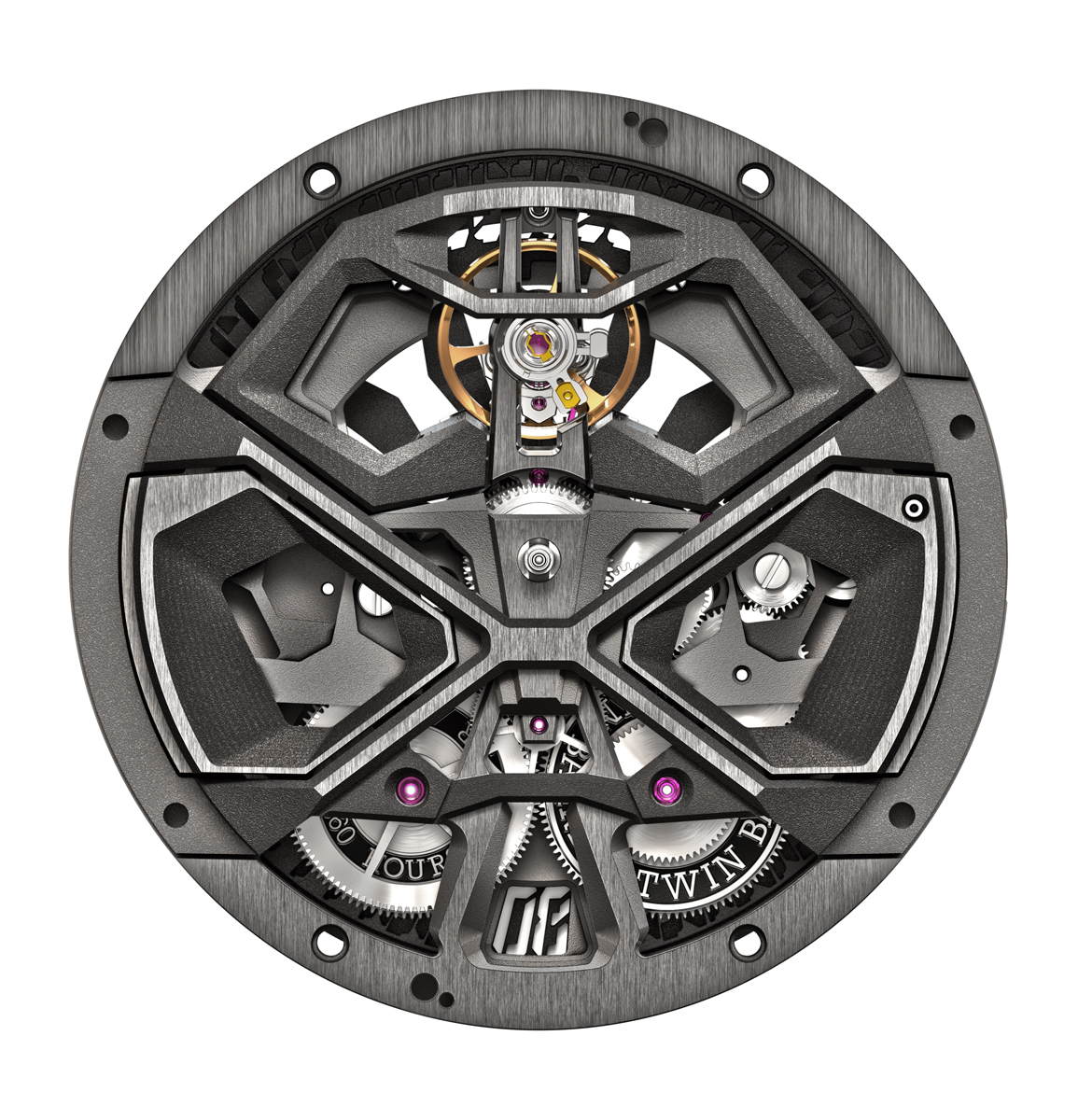 Both Roger Dubuis and Lamborghini Squadra Corse compulsively seek out hyper-tech materials to fulfil their obsession with shaping the future. Just as Lamborghini Squadra Corse chooses carbon fibre for its racing cars, Roger Dubuis crafts the new Excalibur Spider Huracán MB case and bezel from pure white Mineral Composite Fibre (MCF). Exclusively developed in-house, this hyper-tech material illustrates the Maison’s technical mastery. The 100% integrated Manufacture found that engineering silica via a Sheet Molding Compound (SMC) process could produce a material 13% lighter than SMC carbon. Not only does this lightness make it extremely comfortable to wear on the wrist, it also enables the creation of intricate designs thanks to a sturdy structure. 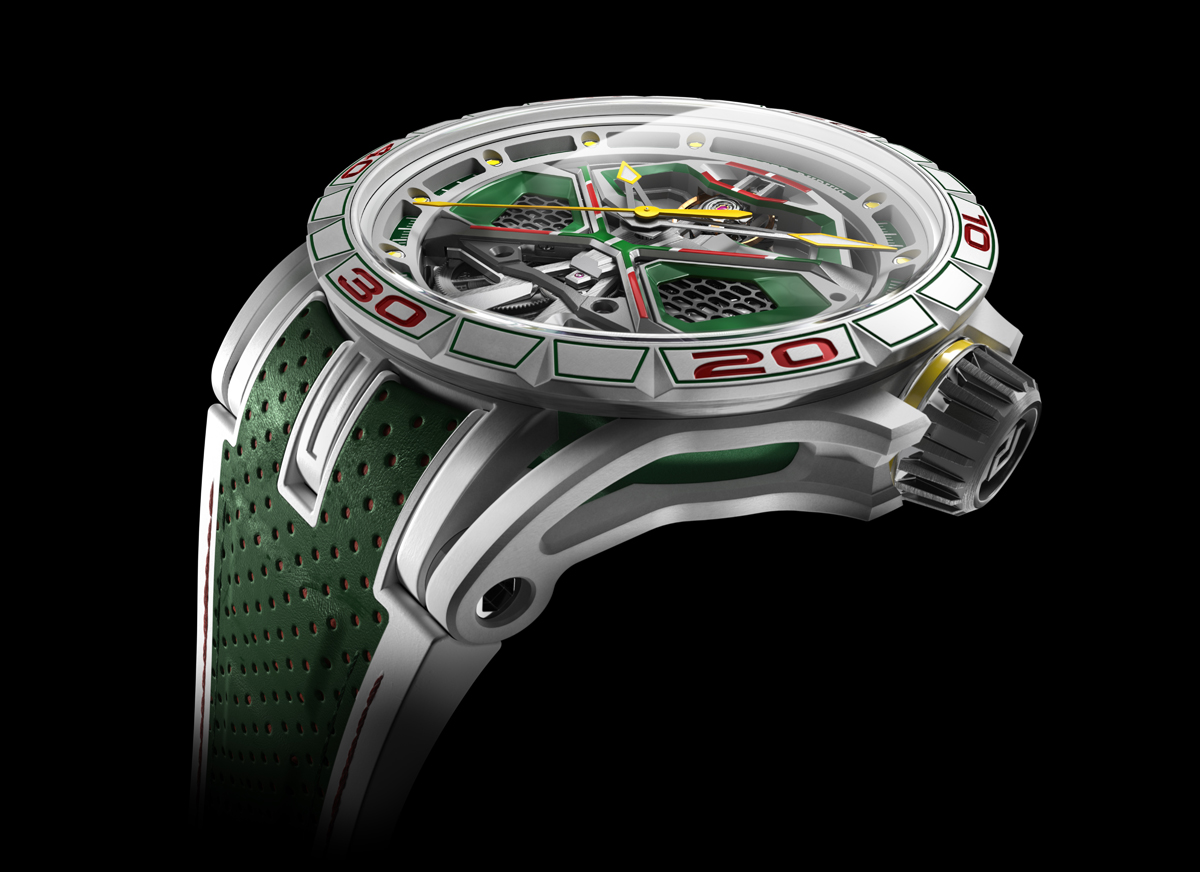 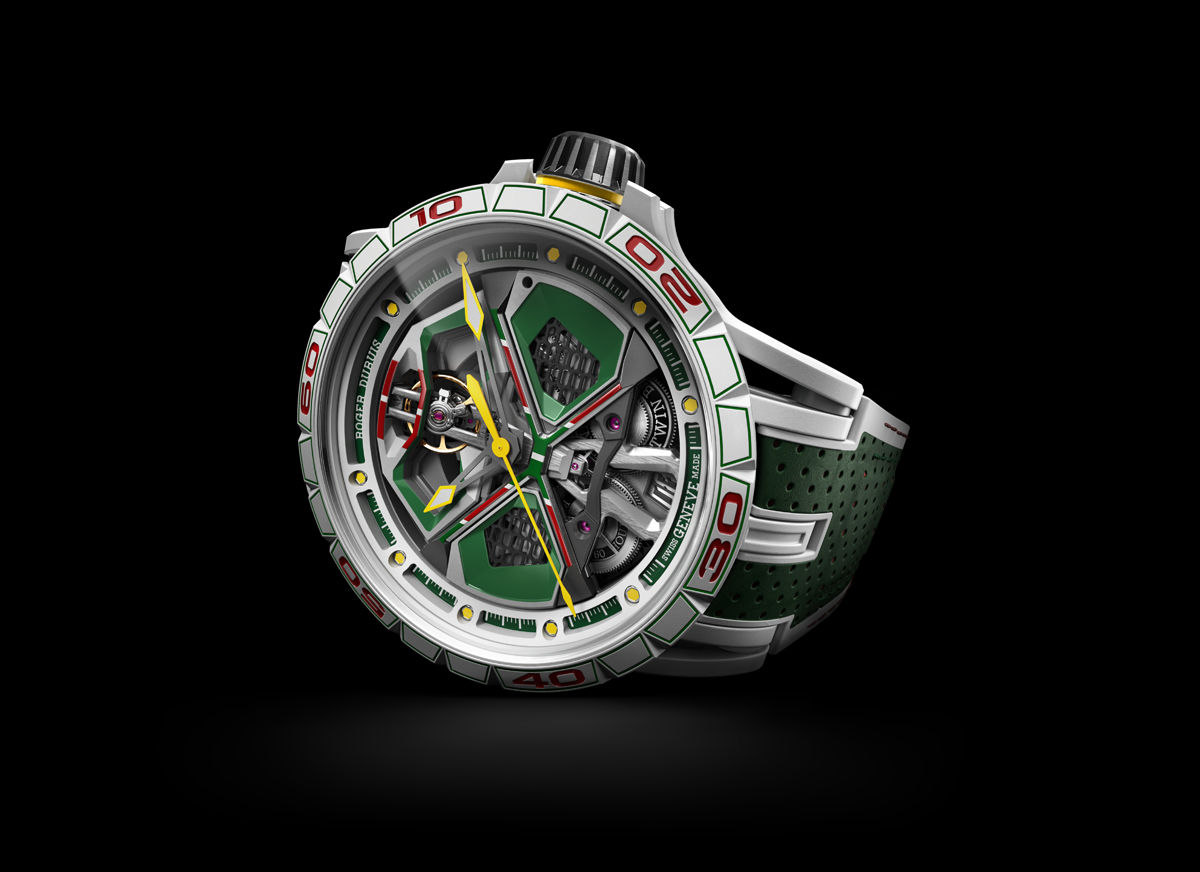 Always seeking out the most expressive aesthetics, the pure white MCF is further elevated with embellishments in striking green, intense red and electrifying yellow to honour the design of the Huracán GT3 EVO. The same shades are also found on the white rubber strap, which features green calf leather perforated with tiny holes to reveal the red beneath. Intricate stitching in red adds to the audacious look, while a Quick Release System ensures ultimate versatility.

The new watch is a limited edition of 88 pieces.