Lifetime
0
Internet headlines such as: “CHF two million after six minutes of auctioning a Gérald Genta watch” will probably leave no watch enthusiast indifferent. I myself admit that I also couldn't resist and kept track of the results.

In the last dozen or so months, breaking records at watch auctions have become the norm, not the exception, as used to be the case. Auction houses compete with one another with attractive items, so collectors or investors with a thick wallet have a lot to choose from.  At the beginning of February this year, Sotheby’s announced a series of four auctions held under the slogan “Gérald Genta: Icon of Time”. And the first record was broken at the February auction: the original sketch of a steel Royal Oak made by Gérald Genta in 1972 was sold in Geneva for CHF 546,500. This time the buyer was revealed because it was Audemars Piguet (and thus the sketch will complete the collection at the Musée Atelier Audemars Piguet). AP representatives were also close to winning another auction organized by Sotheby’s, i.e. the auction entitled “Important watches”, which ended on the 10th of May. At number 72, the Royal Oak “Jumbo” Ref. 5402, which once belonged to Gérald Genta, was displayed (the number 72 symbolizes the year in which the famous model was launched). So the Audemars Piguet Museum could have secured yet another trophy. The auction of the Genta’s private watch, however, proceeded very quickly, and AP representatives gave up the fight at CHF 1.7 million. After six minutes it was over: The Royal Oak was sold to a Swiss collector for CHF 2,107,000. It thus became the most expensive historical Audemars Piguet watch sold at an auction. The amount of 2.1 million is impressive, of course, but I was interested in something else. Were it not for the famed owner, this copy probably would not have been qualified for sale by a Sotheby’s employee, as it is, in a sense, a Frankenwatch. What does that mean? In short: this version never existed. According to the Audemars Piguet archives, Gérald Genta bought a steel Royal Oak on May 15, 1978. At that time, he already had his own workshop, so he decided to “customize” the watch. So he made and installed the gold bezel himself. Years later (it is not known when exactly), the hands and the dial were also replaced (Genta’s watch has a slightly darker shade and the inscription “Swiss Made” instead of “Swiss”, which was on the original versions of the Royal Oak Ref. 5402). 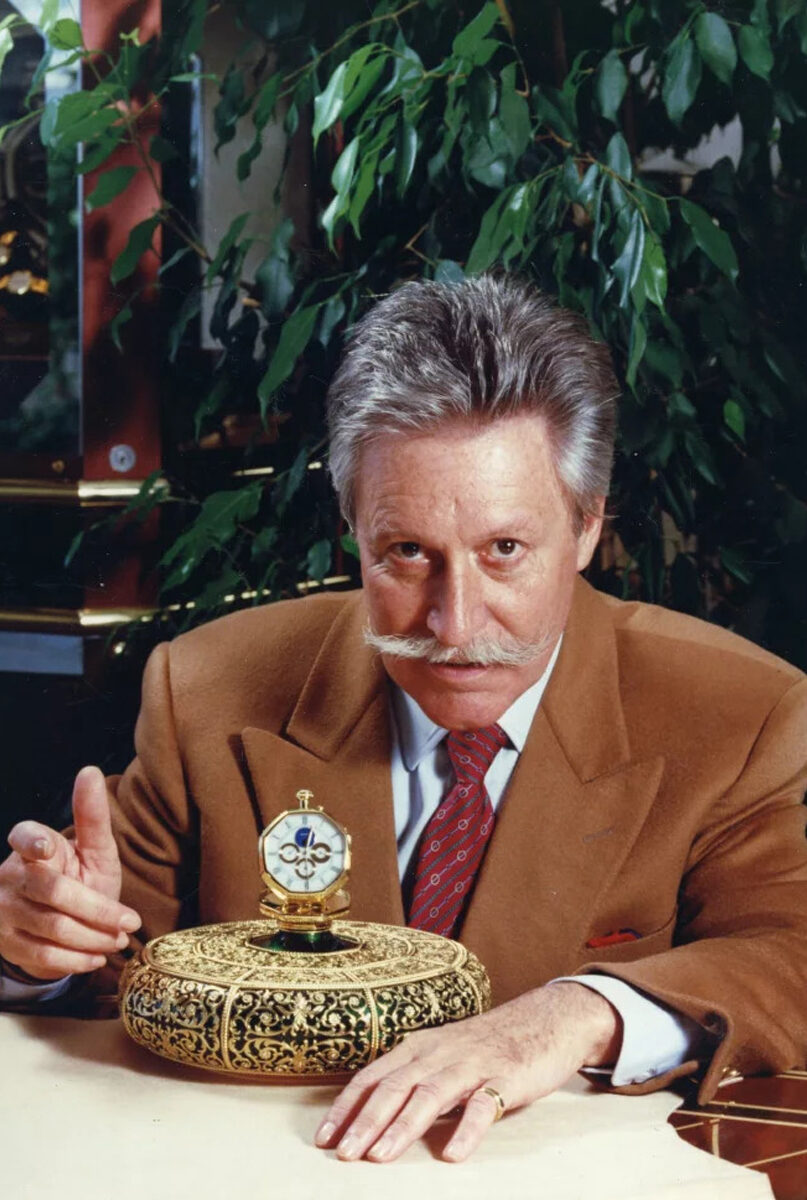 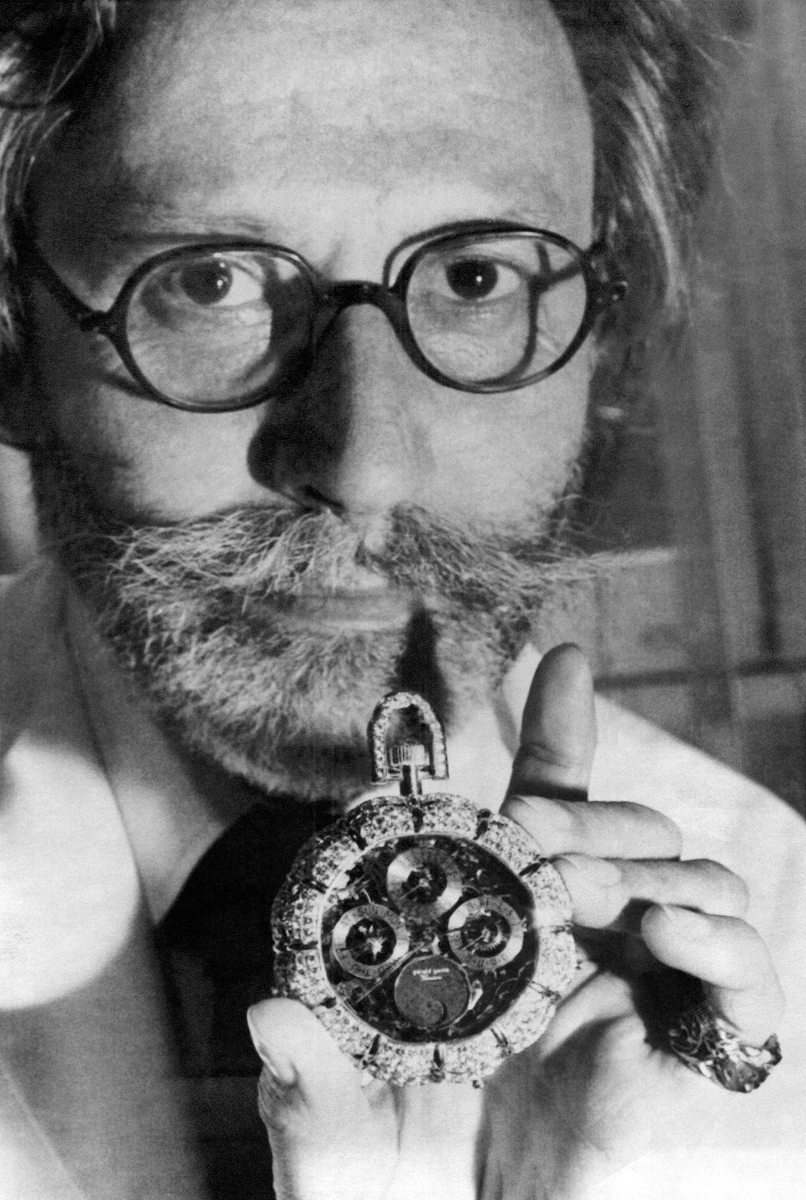 Usually, collectors tend to frown upon watches that are not preserved in their original condition. As in the case of vintage car collectors – most buyers want a copy as close as possible to the one that left the manufacturer’s workshop several decades ago. But the Royal Oak “Jumbo” Ref. 5402 sold by Sotheby’s, owned by Gérald Genta, is an original and perhaps the most personal version of this famous model. It is also a piece of watchmaking history and, as such, it does not look perfect – it has, among others, various scratches (the most visible are those on the bezel).

Gérald Genta was said to have had about 40 watches, but he was very eager to wear this model, which has been captured in many historical photos.

This watch’s record price shows that the owner of the watch is much more important than pristine condition. I was reminded of the auction from 2019, when a Rolex GMT-Master, once owned by Marlon Brando, went under the hammer. The actor wore it, among others on the set of Francis Ford Coppola’s “Apocalypse Now” and for the film, Brando removed the rotating bezel from the watch and engraved his name on the case back. One might say: desecration. Yet someone else took it as a collector curiosity, because an anonymous buyer paid $1,952,000 for this “customized” Rolex.

As you can see, some scratches come with a price of their own. In a historical watch, its provenance is much more important than its original condition, since that is what has the most effect on an increase or decrease in value.

Images courtesy of profimediaimages.ro and Sotheby’s.

Want one? Get in queue

The attraction of an ice blue dial