Lifetime
0
Our journalist, Victoria Townsend makes an interesting review of the new Greubel Forsey Balancier S and brings us all the details about the new timepiece, in her latest article in Insiders.

Greubel Forsey wowed us from the beginning with the introduction of its first timepiece — the Double Tourbillon 30° — in 2004. From Double to Quadruple Tourbillons, from 3-dimensional terrestrial globes to oversize balance wheels that stun within the asymmetrical cases and crystal shapes that protect them, they look and perform like nothing else.

And confirm the brand’s ongoing quest for innovation and improved performance.

Stephen Forsey, from St. Albans, England, restored antique watches before meeting Frenchman Robert Greubel in 1992, who was already designing complicated movements in Switzerland. Together they decided to invent timepieces that resembled no other, with in-house conceived, developed and hand-crafted movements, and finishing second to none. They established their Atelier in La Chaux-de-Fonds, Switzerland. 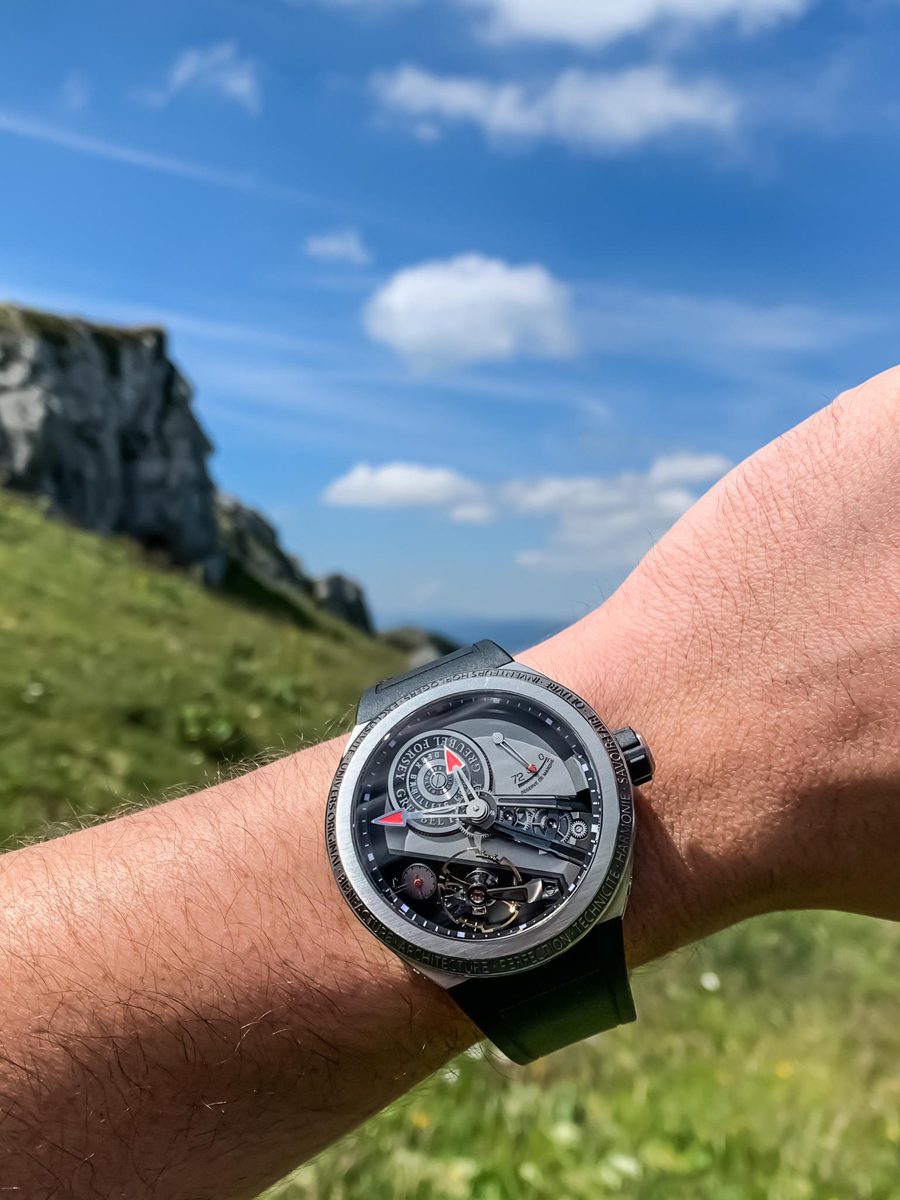 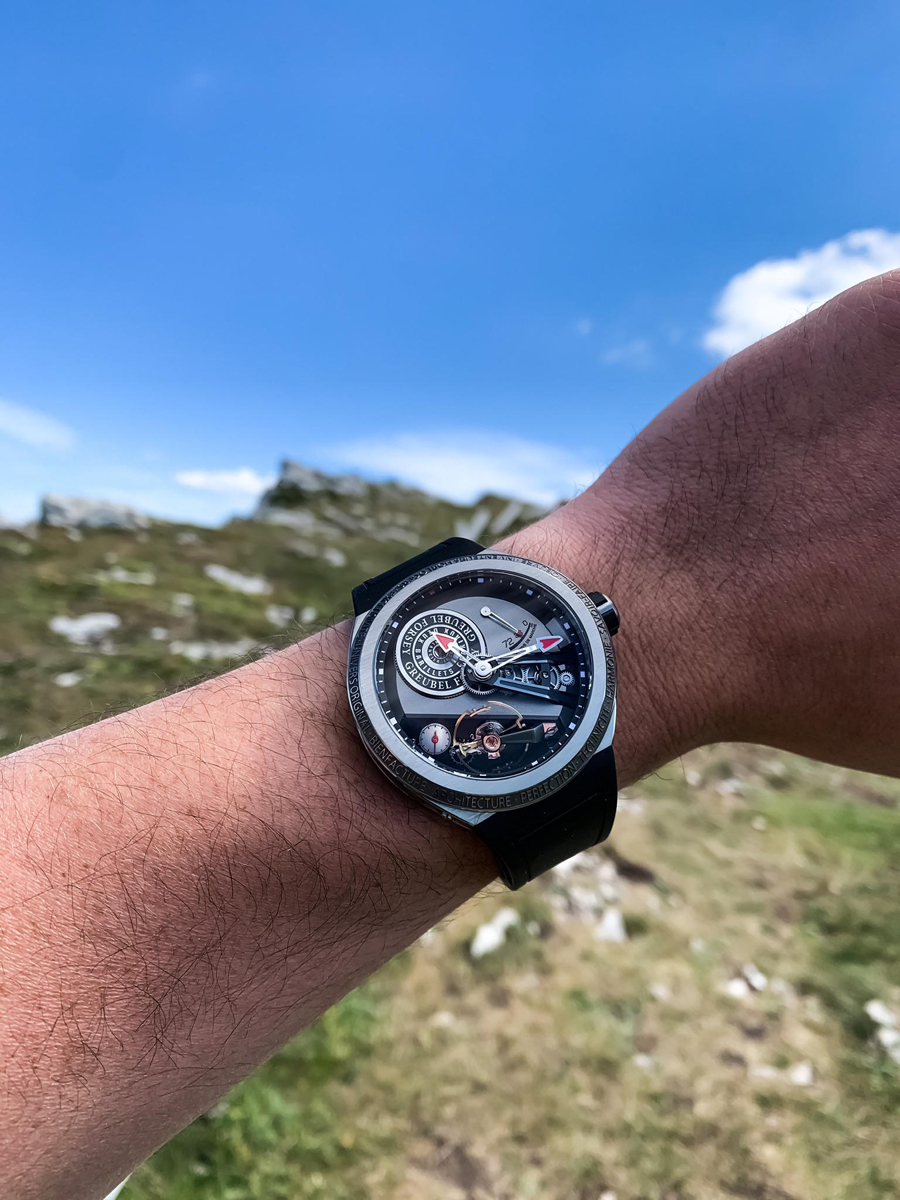 In just 16 years, they have created 30 movements that rotate and spin at angles to defy all gravity.  The case shapes are just as defiant, and the architecture of both is key.

The ‘Balancier S” is no exception. Stephen Forsey told us more.

SF: “The GMT Sport model we introduced in 2019 responded to customer requests for a more “sporty” model with greater water resistance, from 30 to 100 meters, while maintaining the highest level of craftsmanship expected of us.  We invented a new case shape for it, in titanium, that is perfectly round from above, with an ovoid bezel that gives it an arched look from any other angle.  (According to this writer, it looks like a highly imaginative UFO or a modern stadium.)

“Our ‘Balancier S’ that we are introducing now – ‘S’ stands for sport”, continued Forsey, “has the same case shape and material, but is slightly thinner.  Its balance wheel, even when 12.60 mm in diameter and inclined at 30° for maximum reliability and performance, does not require as much height as the globe and tourbillon of the GMT model. The case measures 43 x 45 bezel diameter x 13.75mm in height – if we count the curved crystals, front and back, the height is 15.60mm.  With no lugs and fully integrated rubber bracelet, it’s conceived to fit any wrist.”

Other characteristics include rubber inserts on the side case for extra protection and grip, and words engraved on the bezel that designate the values that guide Greubel Forsey, such as “Perfection. Technicité. Architecture. Harmonie. …”

“This dial is very different of course from the GMT model”, continues Forsey. “This is a ‘simple’ four-hand watch, with hours and minutes on an arched bridge, small seconds, and a 72-hour power reserve indicator at 2 o’clock. There are two barrels.”

The bridges and mainplate are also in titanium, with frosted and polished bevelling, the suspended-arch bridge is black polished, and the hand-finishing for everything took 3 months to complete. For each watch.   “With a team of 102 people, of which 60 in the office.”

*Note: 100 pieces per year.  Movements of over 300 components including balance wheels, springs and escapements, and dials that require from 20 to 30 components, are totally made in-house.  Cases are made by outside specialists according to GF designs, with in-house hand-finishing.

The all-new Navitimer, up in the air

Will everything be OK?