2017, 2018, 2020 – Now, for the third time, Frederique Constant presents two new variations on its Flyback Chronograph Manufacture collection. This timepiece, destined for the discerning chronograph enthusiast, was developed, manufactured and assembled in its entirety in-house at the Geneva manufacture. The individuality and intricacy of the collection make it highly desirable among lovers of the chronograph.

The flyback was one of the first features to be added to the chronograph during the 1930s. A straightforward concept, it allows the chronograph to be stopped, reset and restarted with a single press of the push-piece, rather than three successive presses.
And yet this ingenious idea, which comes into its own when timing successive races at sporting events, is underpinned by a truly sophisticated mechanism. While the chronograph’s stop, reset and restart functions were originally controlled by pressing two push-pieces in sequence, in flyback mode, a single press of the push-piece engages all three operations simultaneously. 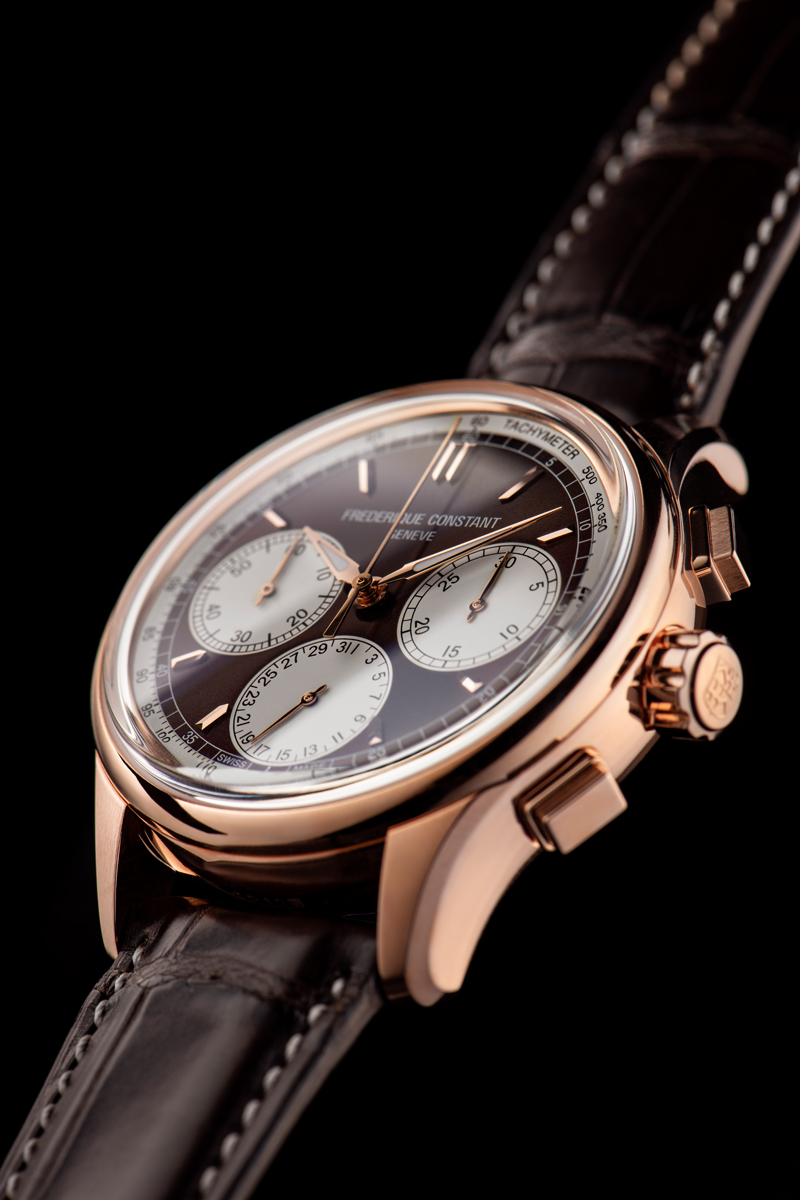 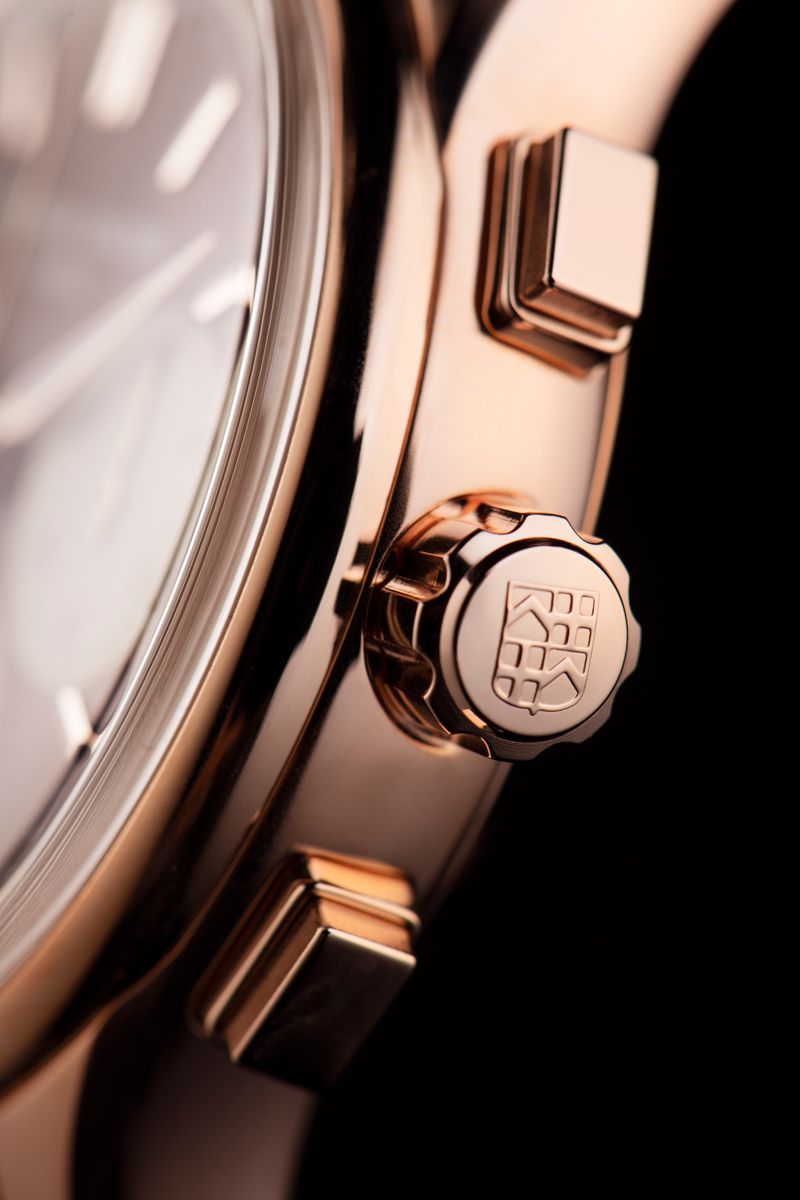 The conventional flyback mechanism is based on a set of several column wheels that act as a system of clutches. The FC-760 calibre that operates the Flyback Chronograph Manufacture dispenses with this complexity, replacing the standard column wheel with a star-shaped wheel. This results in a thinner movement with fewer parts and operations. The FC-760 calibre from Frederique Constant is simpler, smoother and more reliable.
Pressing the pusher at 4 o’clock declutches the chronograph’s movement and resets it. Once the pusher is released, the movement and the chronograph re-engage and the chronograph restarts. No fewer than 6 years of development were required to attain this degree of sophistication. The FC-760 calibre, which can be admired through the new collection’s sapphire crystal, is also more aesthetically pleasing. The flyback module accounts for just 96 of the entire movement’s 233 parts, making it one of the most efficient flyback modules in the world, as well as one of the most affordable, thanks to its ingenious, patented construction. As a result, prices for the new Flyback Chronograph Manufacture start at 3,895 euros.

Frederique Constant unveils two new options, both featuring two-tone styling with silvered counters. In a first for this model, the counters and the face are different colours. This novel contrast improves legibility and gives the chronograph a sportier feel.
In the first version, the three counters are set against a chocolate-coloured dial with a 42- mm rose-gold case. The second features a blue dial with a stainless-steel case. Contemporary and dynamic, these new Flyback Chronograph Manufactures have baton indices and luminous hands, as well as an alligator strap with deployment clasp stamped with the Frederique Constant logo.