“This collection embodies that sense of nostalgia for the early days of aviation when pilots relied on their watches as onboard tools,” says Breitling CEO Georges Kern. “But you don’t have to be a pilot or vintage-aircraft buff to appreciate the exceptional craftsmanship and rugged design.”
In the 1930s, Breitling’s Huit Aviation department made its name inventing precision cockpit clocks for the then nascent field of aeronautics. Two decades later, in 1953, Breitling introduced the world to yet another novel flight instrument, this time in wearable form – the Ref. 765 AVI . Beloved by aviators, it quickly became known as the “Co-Pilot.” In 2020, Breitling also launched the AVI Ref. 765 1953 Re-Edition, a carefully researched and crafted re-edition honoring this classic chronograph’s legacy.

The Super AVI P-51 Mustang pays homage to the best all-around fighter plane of its era in two distinct versions: a stainless-steel case with a black dial and gold-brown leather strap, and an 18 k red gold version with an anthracite dial and a black leather strap exclusive to Breitling boutiques and Breitling.com. 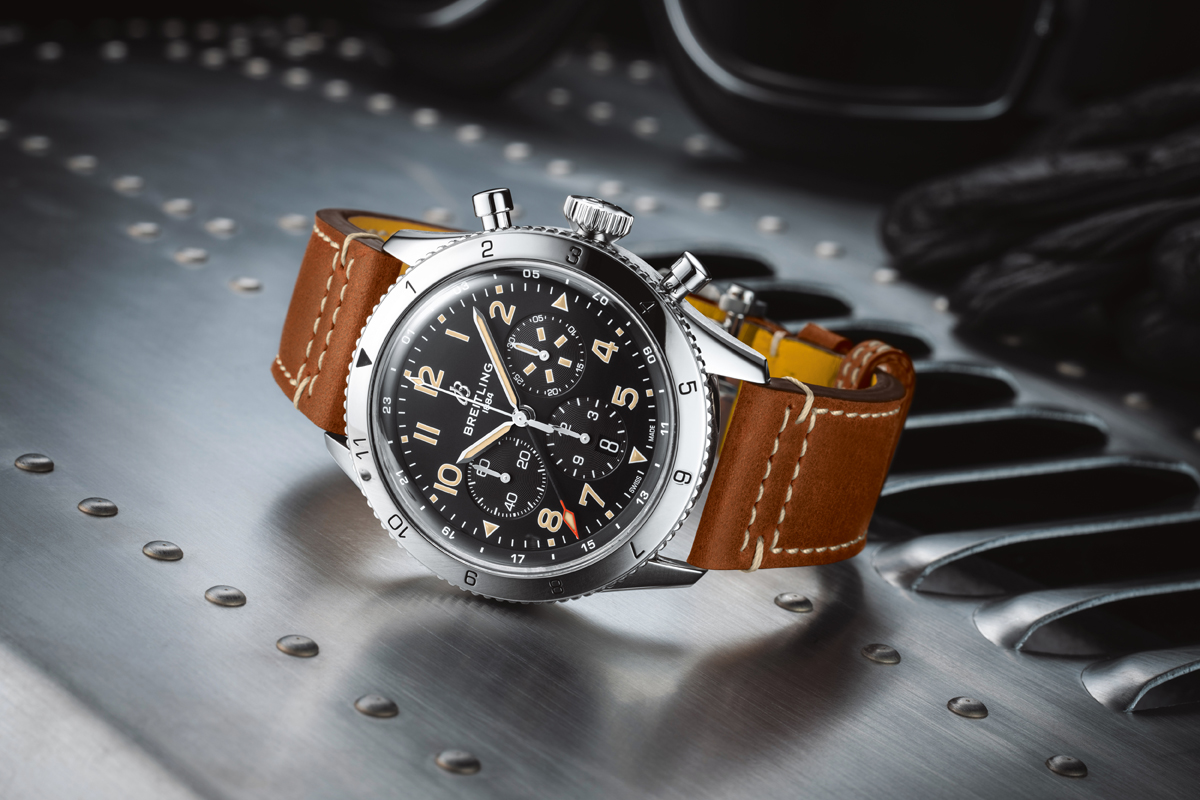 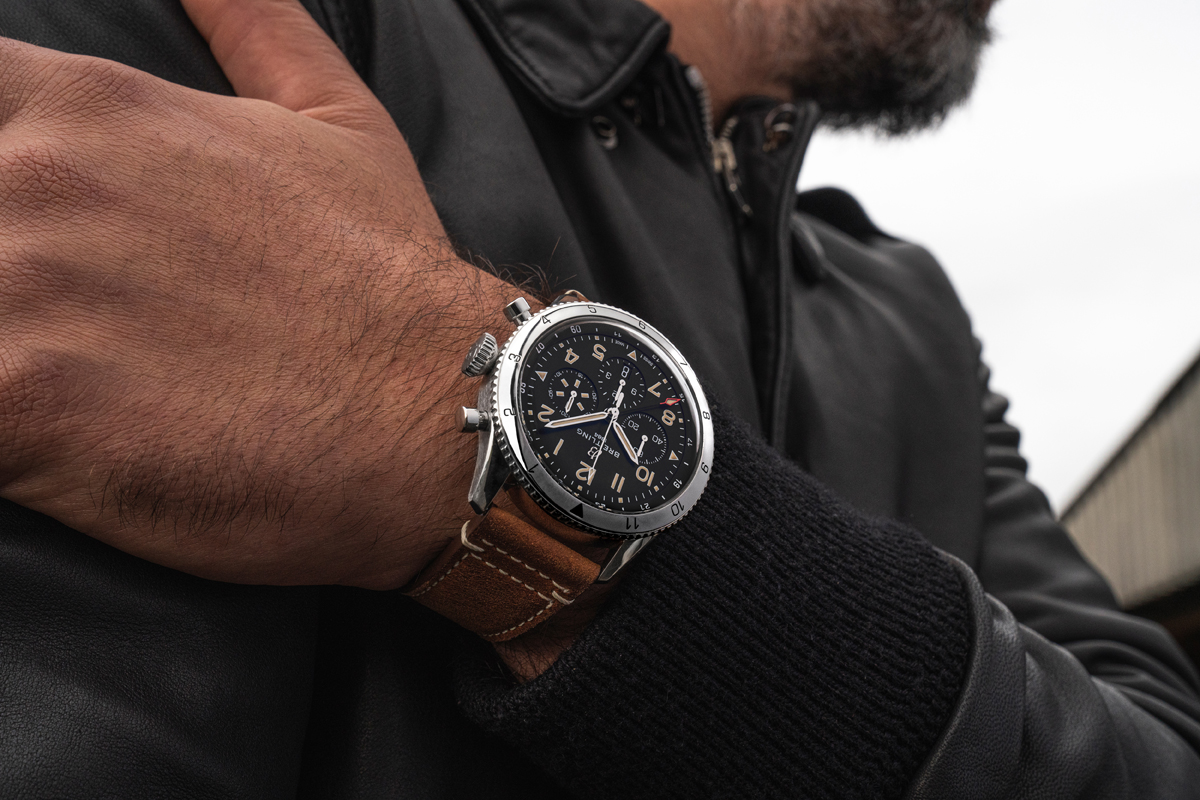 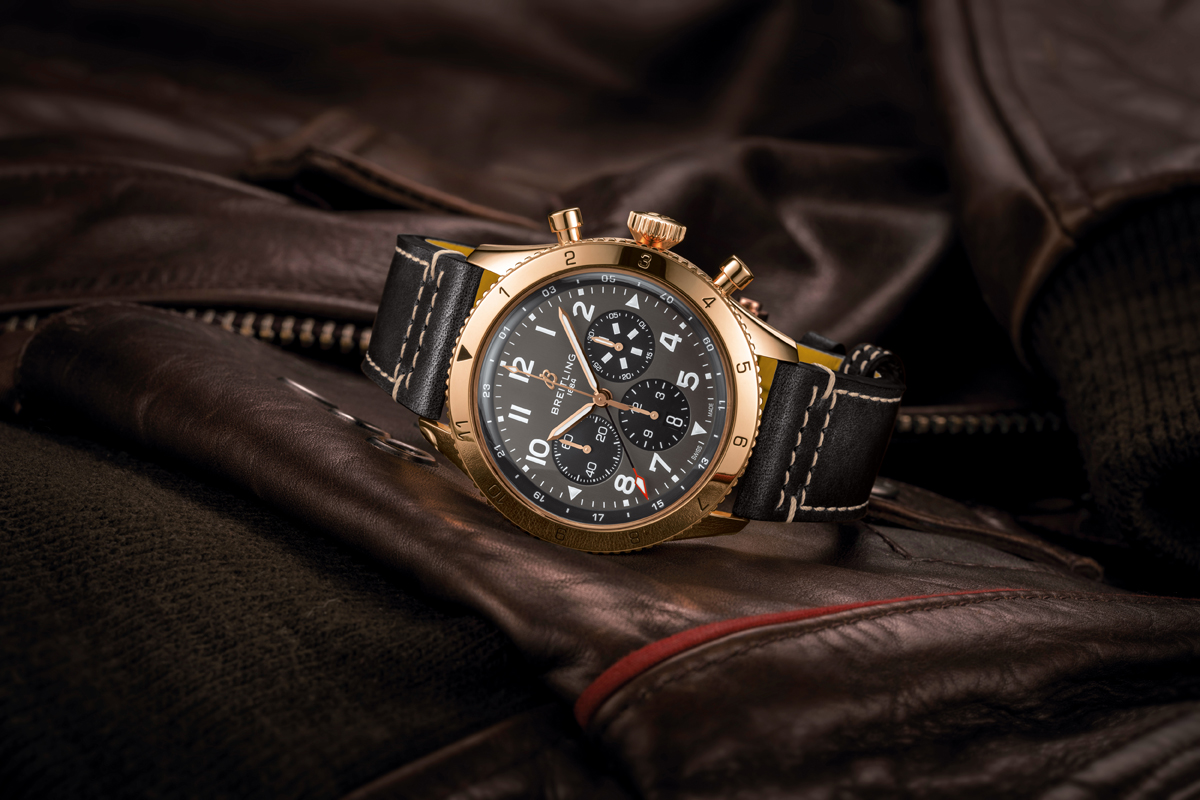 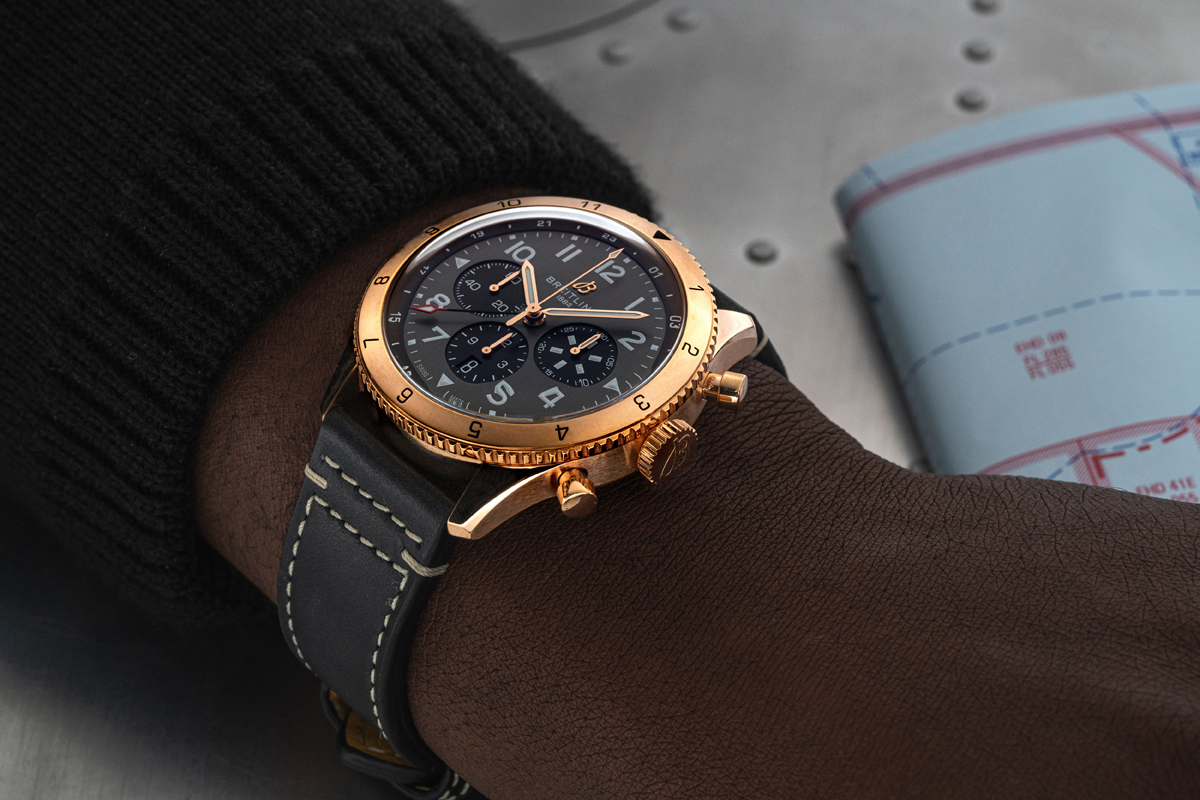 The Super AVI Tribute to Vought F4U Corsair features a blue dial, tone-on-tone chronograph counters, and a black leather strap that take their design cues from the characteristic livery of the record-breaking naval aircraft. 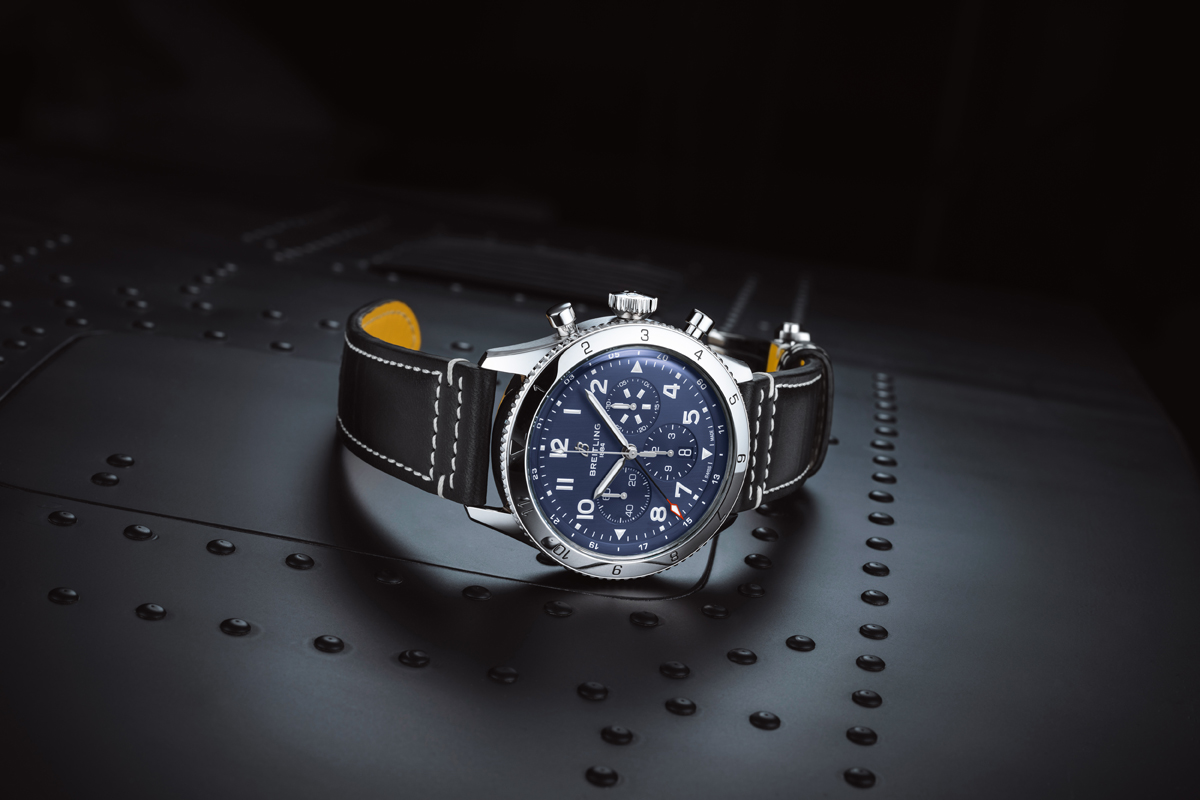 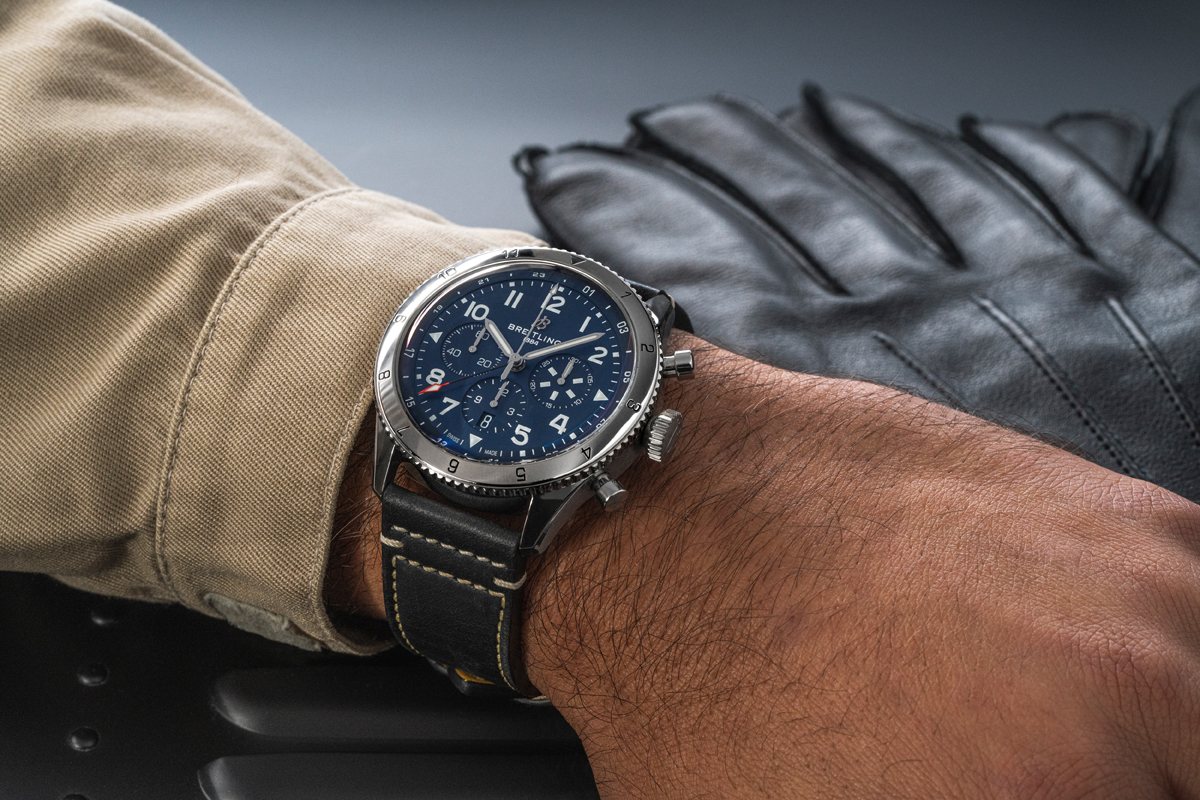 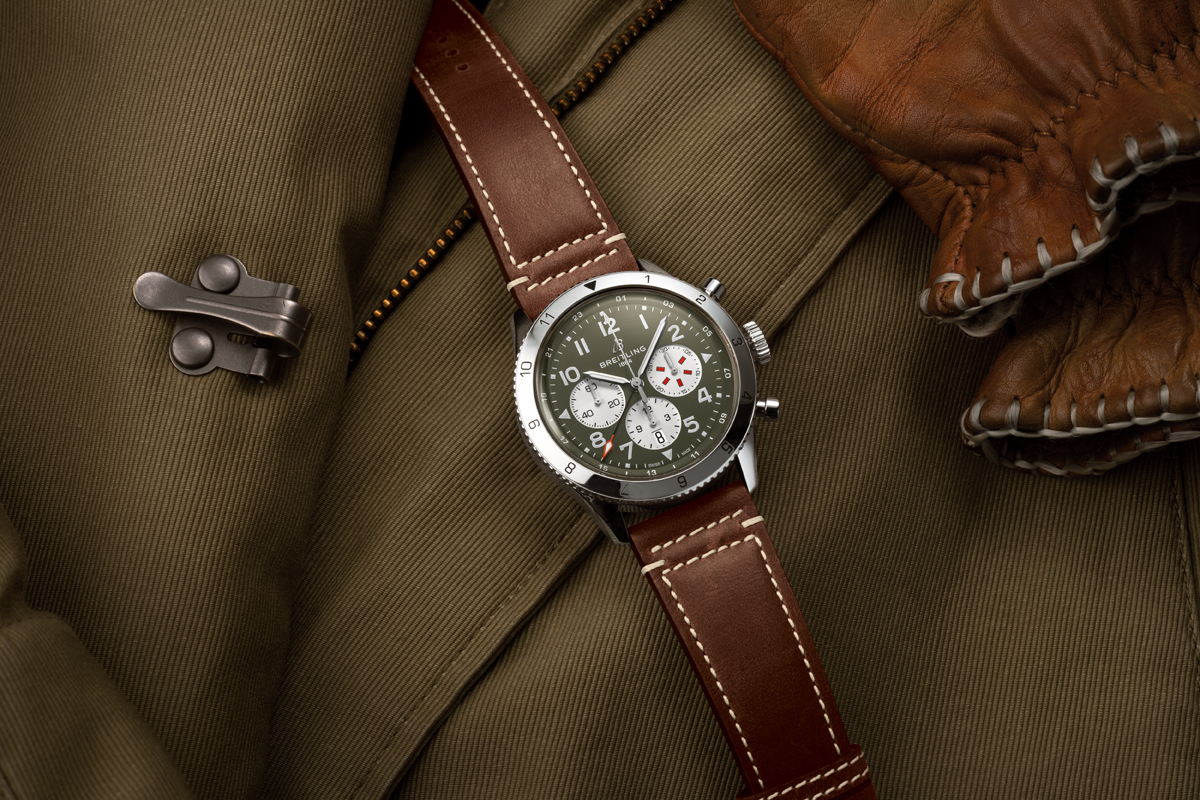 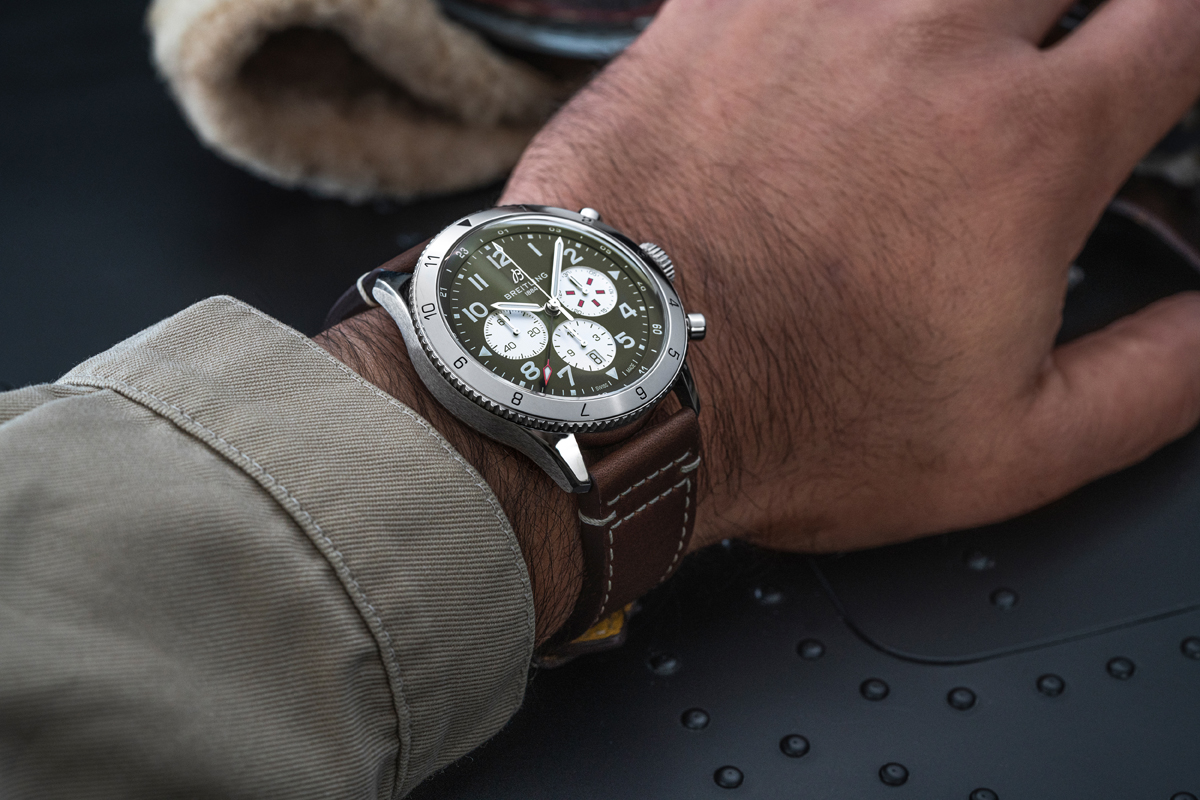 The Super AVI Mosquito features a combination polished and satin-brushed black ceramic bezel and a black dial with white contrasting chronograph counters. Its red and orange elements recall the roundels and markings found on the versatile plane, dubbed the “Wooden Wonder”. 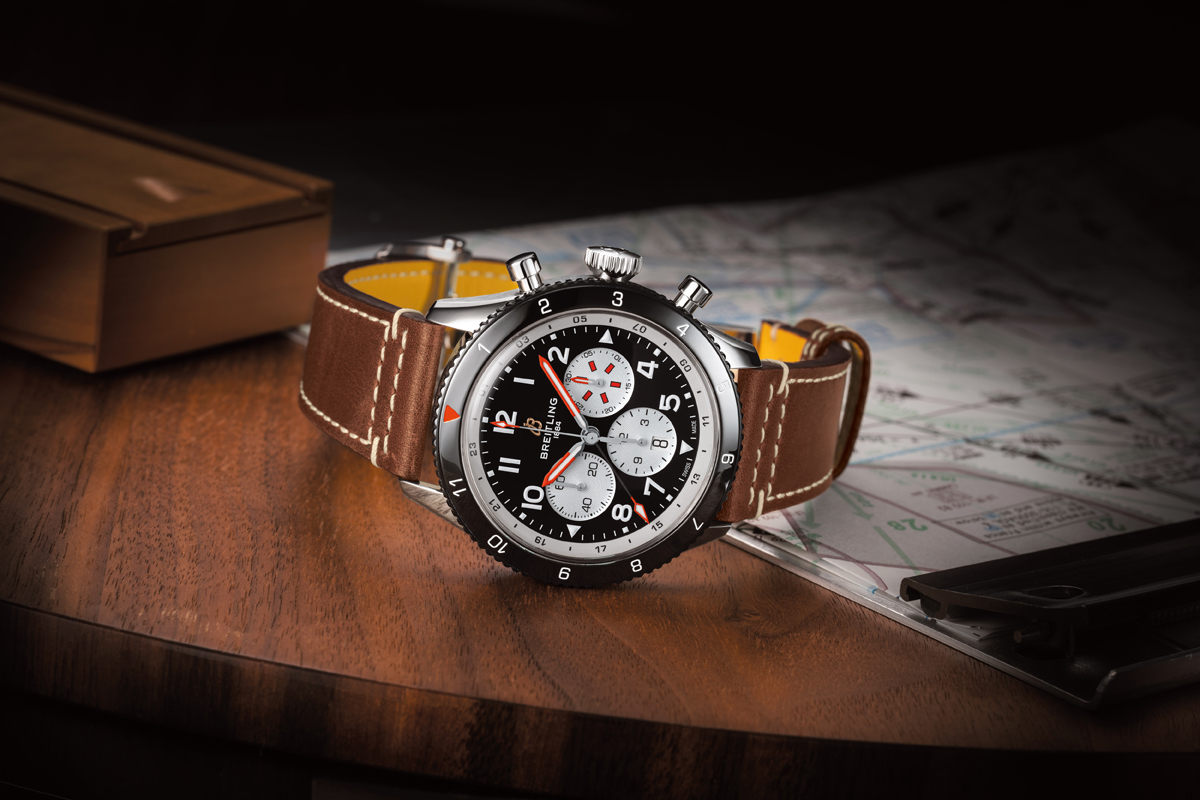 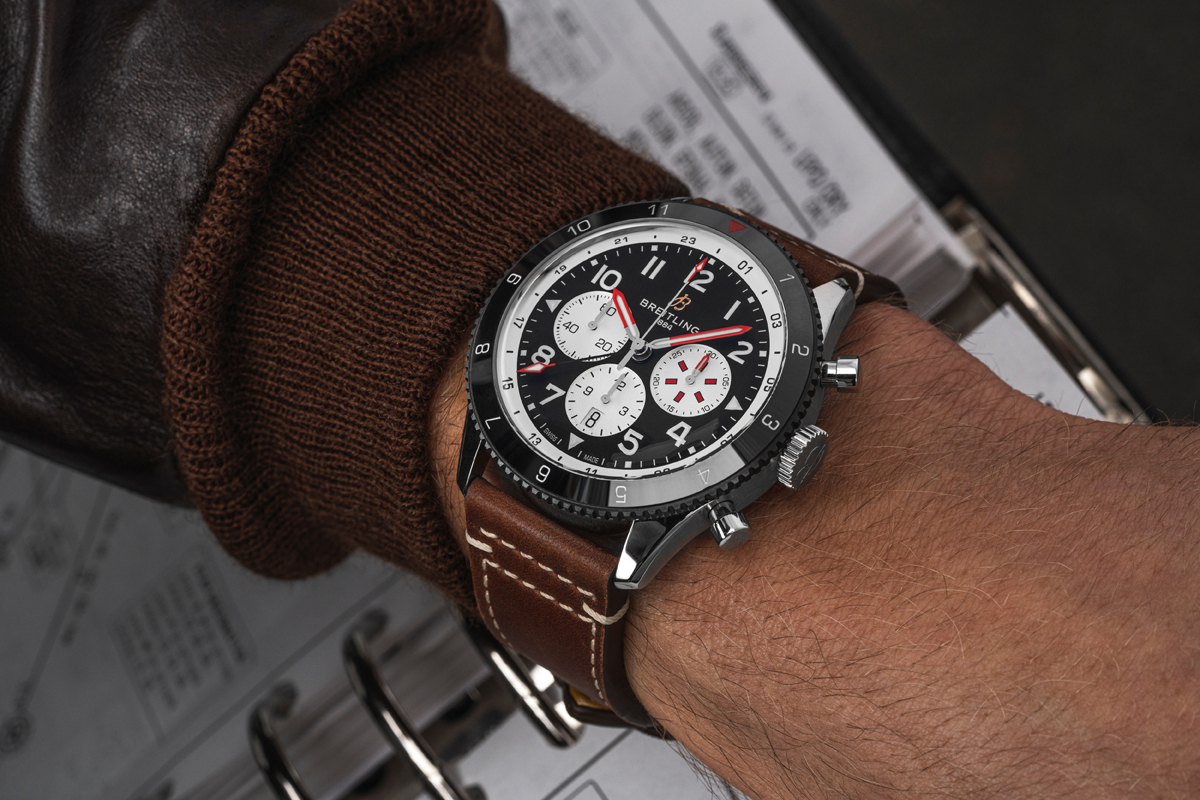 “Our watchmaking DNA is what dominates here, while the interpretations of the four aircraft give the series its emotion and bold graphic appeal. Taken together, these elements evoke the spirit of early flight,” says Breitling Creative Director Sylvain Berneron. “We can’t forget that Breitling pioneered aviation tool watches like the Ref. 765 AVI. That heritage is so strong, we had to not only keep it intact, but rewrite it for the 21st century.”

The Super AVI’s distinctive design includes large, highly legible Arabic numerals on the dial and bezel. Its sturdy case measures 46 mm, and the oversized crown sits at 3 o’clock. Knurled bezels provide optimal grip, and top-stitched calfskin straps give a nod to the seams found on leather flight gear of the era.
Pilots and other travelers will appreciate the ability to track a second time zone using the 24-hour marking on the inner bezel and the red-tipped GMT hand. The engine of the Super AVI is the COSC-certified Breitling Manufacture Caliber B04 movement, which provides approximately 70 hours of power reserve.

While the Super AVI reminds us of the days before digital timekeepers when pilots’ watches were their trusted flight instruments, its robust aesthetic and enduring precision are what make the Super AVI just as relevant today.