The Ottantasei Tourbillon from Bovet

Bovet
0
The Ottantasei tourbillon is the latest creation born of the passionate partnership between BOVET and Pininfarina.

The story first began in 2008, when Pascal Raffy, owner of BOVET, met with Paolo Pininfarina. Drawing on their common values and shared taste for excellence, together they imagined a timepiece to celebrate the 80th anniversary of the famous Turin-based design agency— giving rise to the Ottanta tourbillon in 2010. Such was the mutual understanding between the Italian designers and Swiss watchmakers that the two men decided to continue along this path, which soon resulted in a collection.

As is now customary for the collection arising from this partnership, the designers and watchmakers joined forces from the very start of the project. They decided to give the same importance to the three main mechanical groups contained within a watch movement: the energy, time display, and regulating organ, which here is a patented double-sided flying tourbillon. Each of these three groups was positioned in order to achieve balance and symmetry. From the outset, movement and case were considered as a single entity, developed conjointly to yield optimum esthetics, transparency and ergonomics. Throughout the piece’s development, the designers were inspired by its technological features, which led them to give it an original face. Conversely, Pininfarina’s style inspired the BOVET watchmakers to even greater heights of innovation as they sought to fulfill Mr. Raffy’s visual and structural directive of lightness. 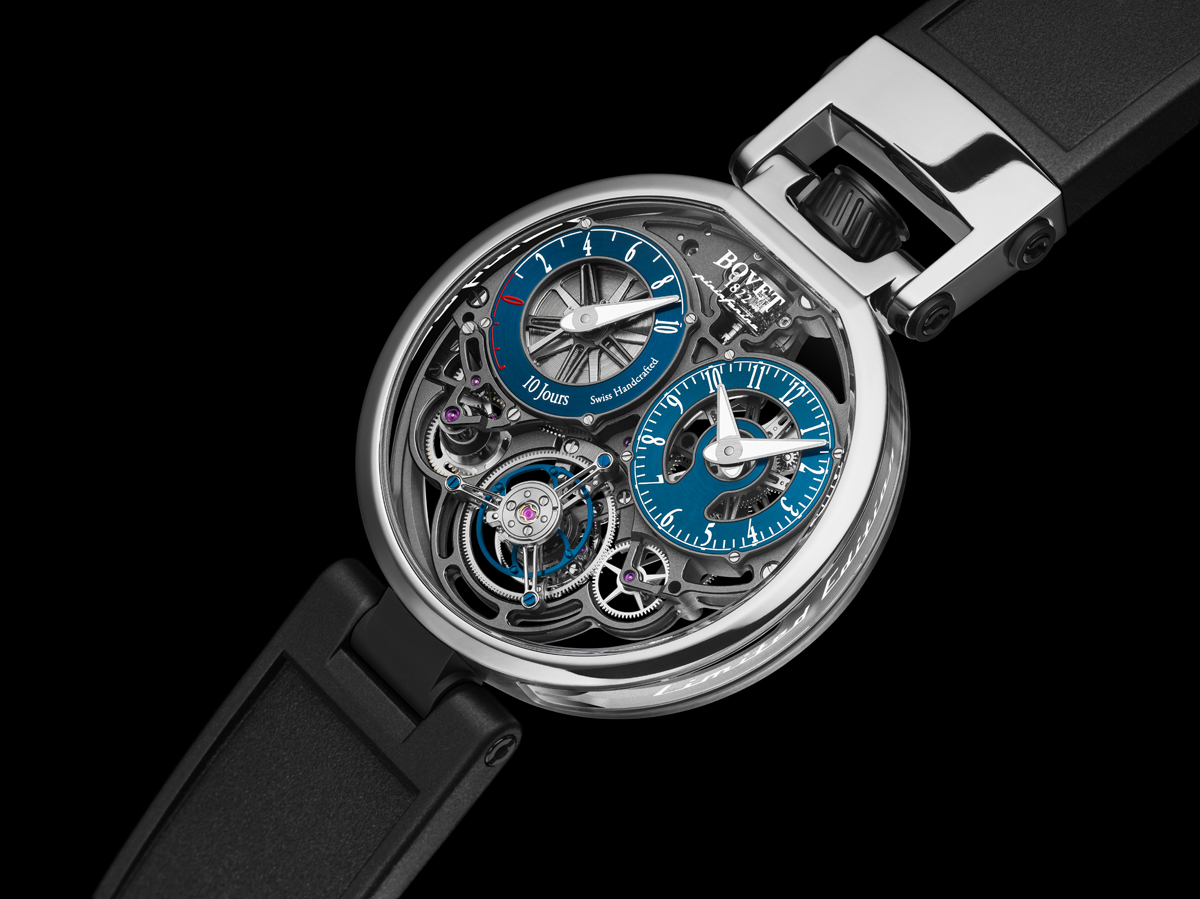 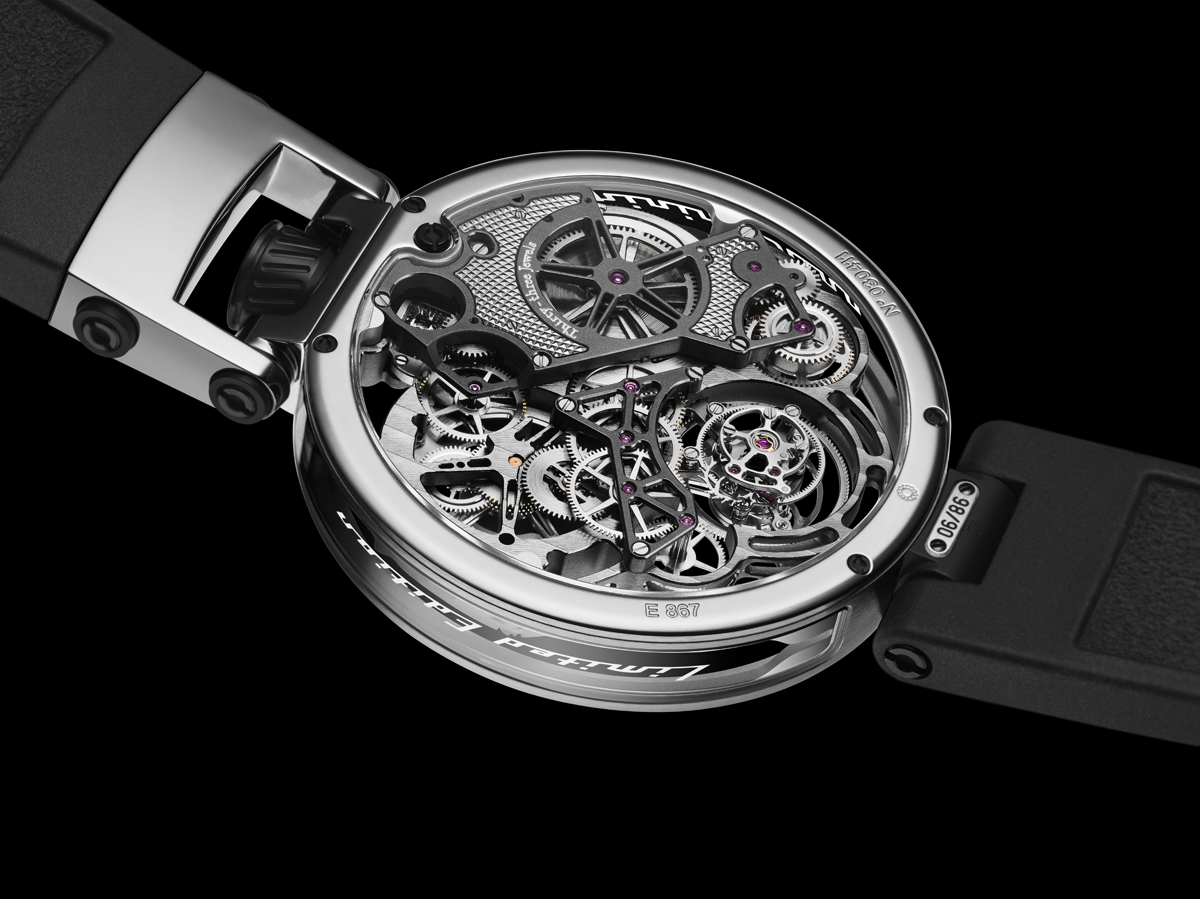 The BOVET artisans rose to multiple challenges, including the machining and three-dimensional decoration of the mainplate. So as not to hinder the lateral  transparency created by the original sapphire crystals encircling the case middle, BOVET’s technicians imagined an ingenious casing system that also significantly reduced the thickness of the timepiece.

A single barrel keeps the double-sided flying tourbillon revolving for more than 10 days. The tourbillon’s architecture and design increase both the piece’s accuracy and transparency, since its attachments are practically invisible. Lastly, a spherical differential halves the time it takes to wind the piece without increasing the torque of the winding mechanism. This plethora of innovations led to the filing of three international patents.

A total of only 86 timepieces are to be manufactured. Out of respect for the Maison’s collectors, Pascal Raffy took the bold decision to limit the series by the total number of movements. With this same focus on service, each Ottantasei benefits from a five-year international guarantee.

And also there is an Ottantasei version in platinum, limited to just 10 of the 86 movements manufactured.