To celebrate the partnership and offer a first look at the watch, a special event was held at the Breitling boutique in New York City last night, cohosted by Breitling USA President Thierry Prissert and Andrew Messick, President and CEO of The IRONMAN Group. Over 150 guests attended the event, among them Paula Newby-Fraser – known as the Queen of Kona, who earned the title after winning the IRONMAN® World Championship eight times – and Mike Reilly, the Voice of IRONMAN®. Also at the event were some of the elite athletes who participated in the ViewSPORT® IRONMAN® Lake Placid triathlon, in Lake Placid, NY, on July 28, 2019. 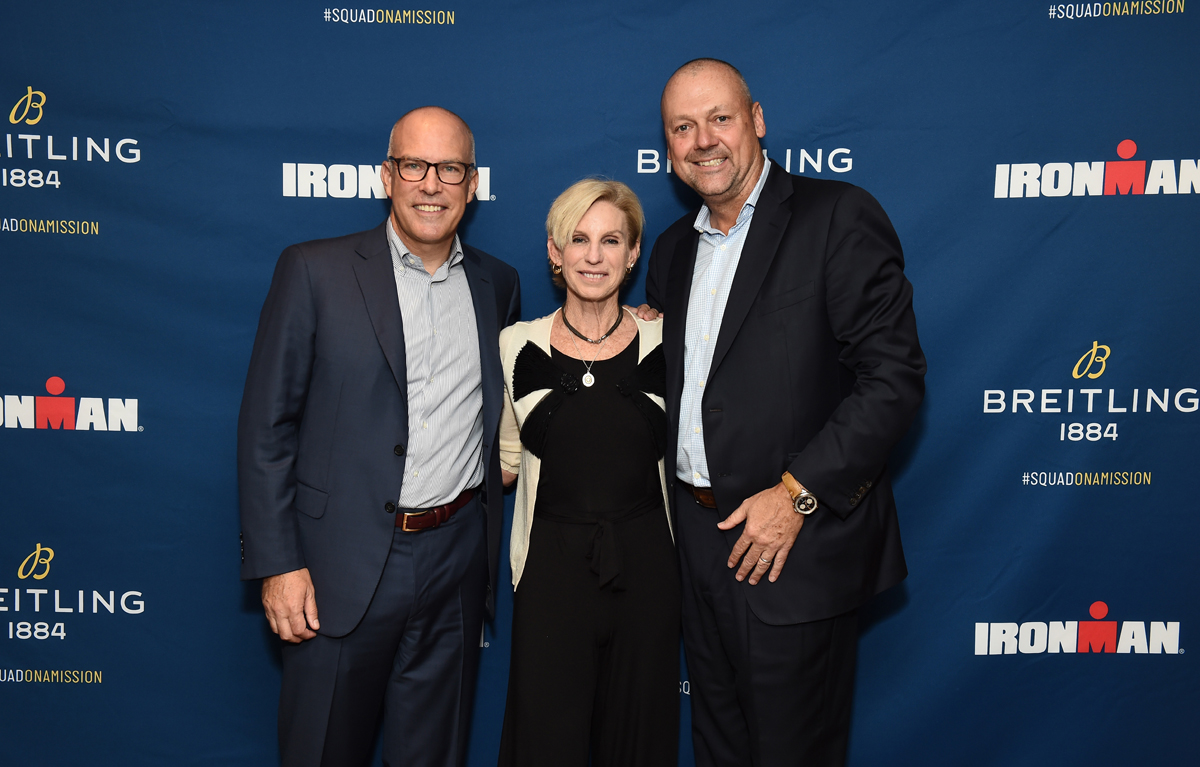 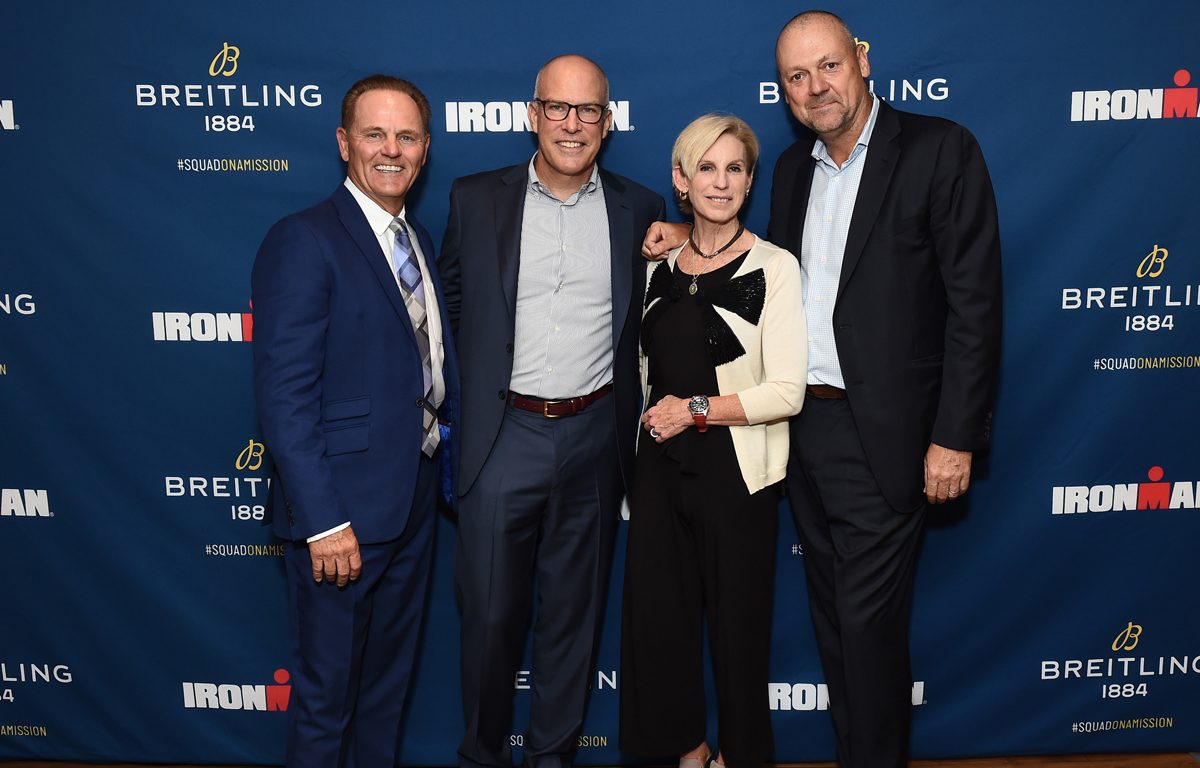 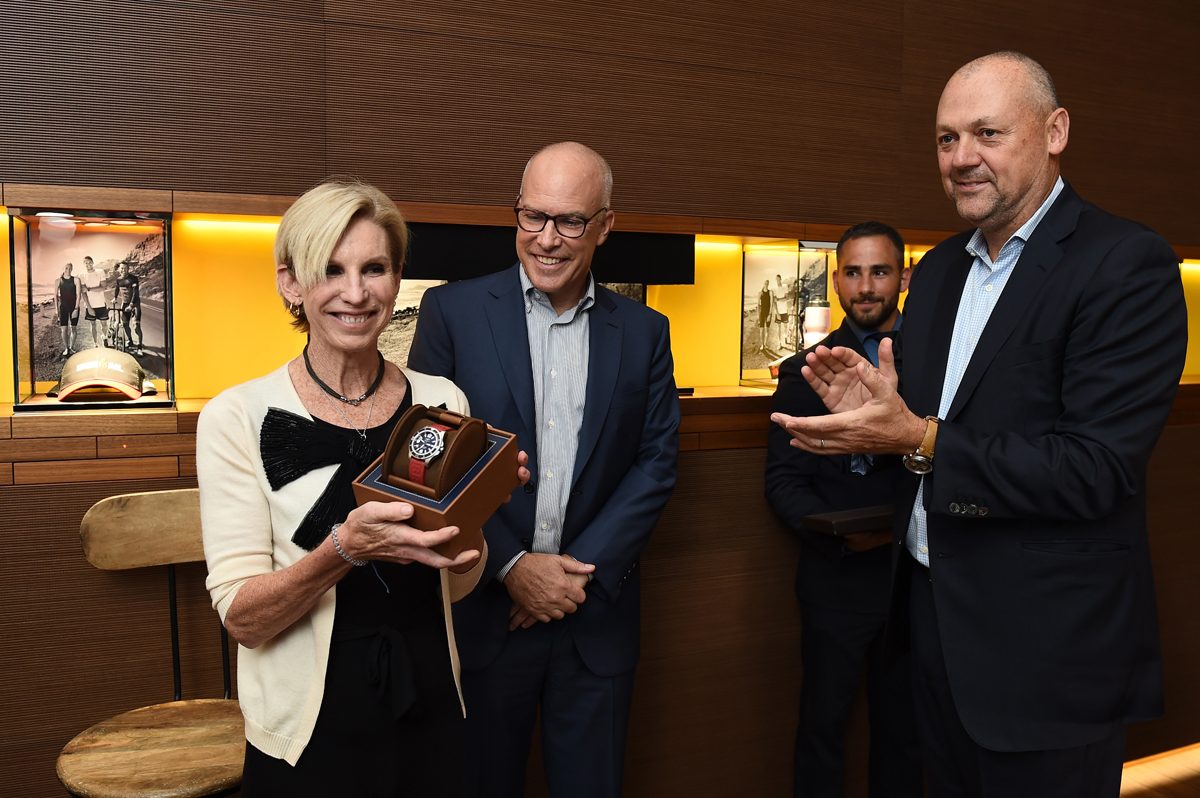 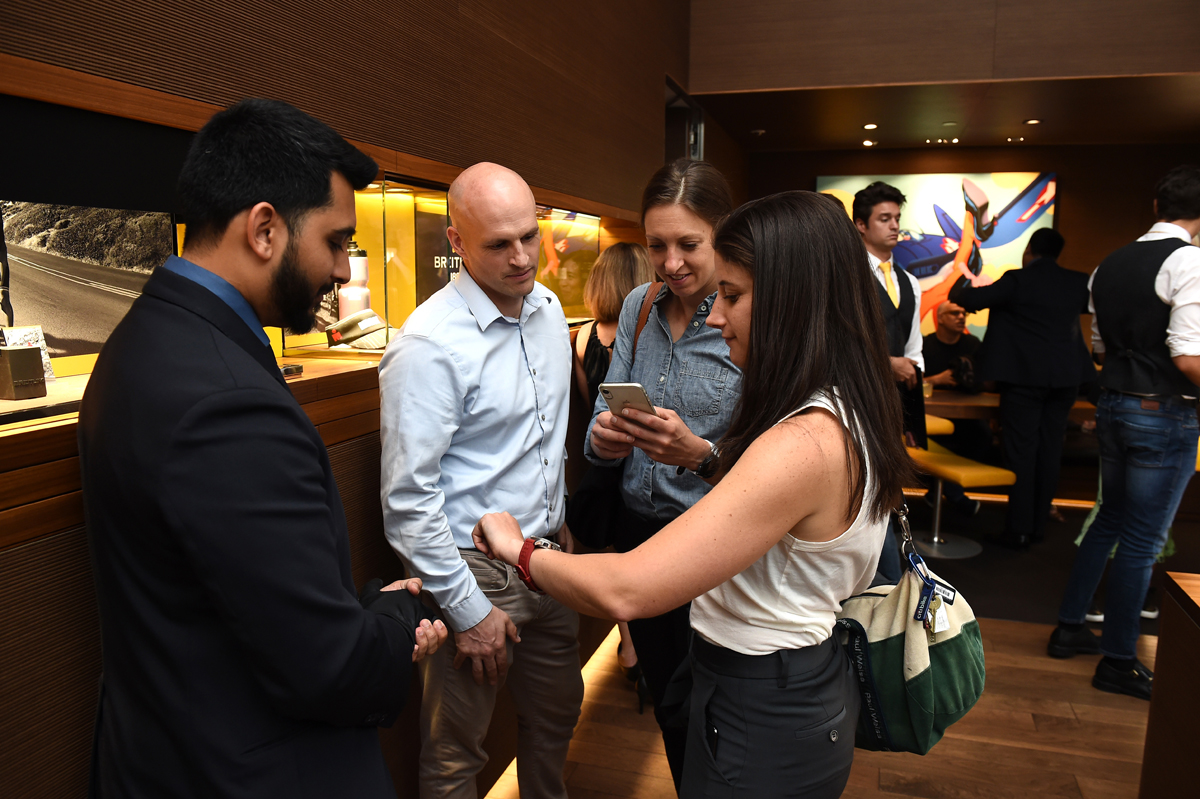 Daniela Ryf has continued her impressive form and recently won IRONMAN® Austria in Klagenfurt, finishing more than 26 minutes ahead of her nearest challenger. Jan Frodeno showcased his talents once more as he defied scorching temperatures and overcame a talented field to win the IRONMAN® European Championships in late June. 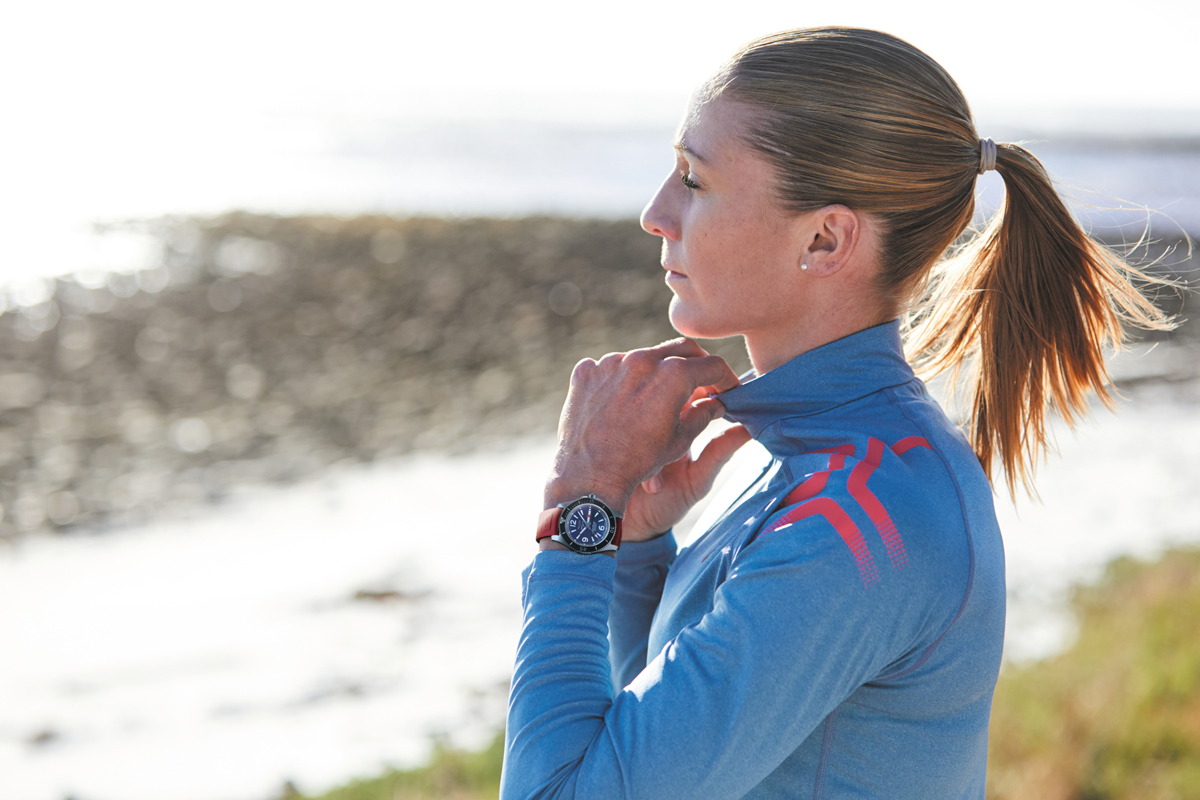 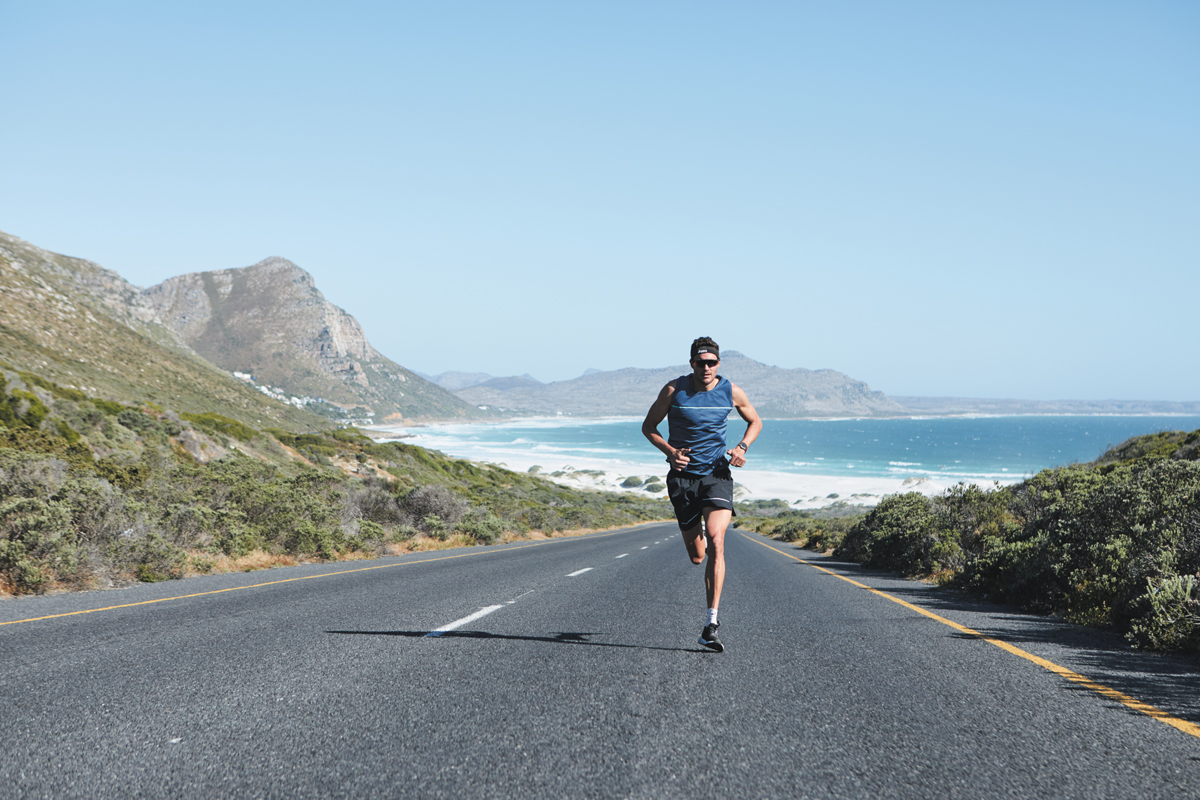 The Breitling Superocean Automatic 44 IRONMAN® Limited Edition, which celebrates the partnership with IRONMAN and its events, is a member of Breitling’s popular family of Superocean divers’ watches. It has a 44-millimeter stainless-steel case and a black dial featuring the IRONMAN® logo. It is presented on a red Diver Pro III rubber strap with a pin buckle. Its ratcheted unidirectional rotating bezel is an essential feature for divers as it can be used to track the elapsed time underwater.

The numerals, indexes, and hands are coated with Super-LumiNova®, a luminescent material that allows optimal readability in any lighting conditions. The COSC- ertified chronometer has central hour, minute, and second hands.
This self-winding watch is powered by a Breitling Caliber 17, an automatic mechanical movement that offers a power reserve of 38 hours. It is water-resistant to an incredible 100 bar (1000 meters). 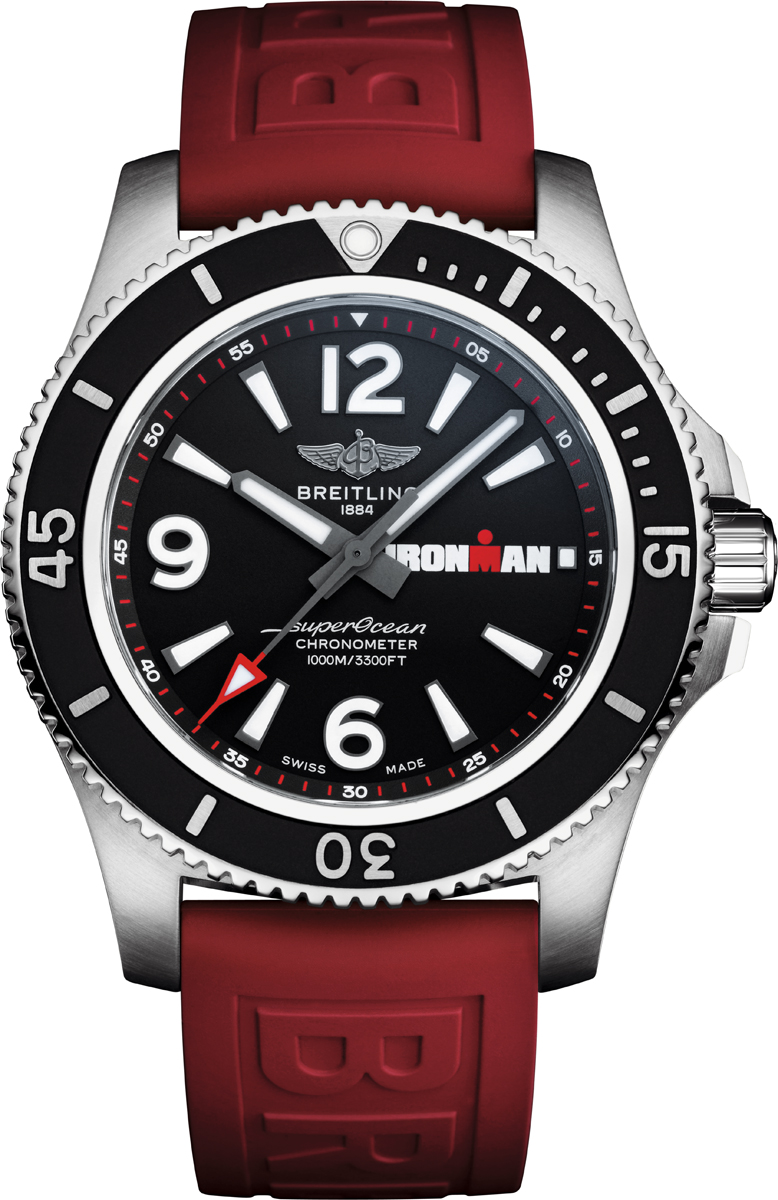 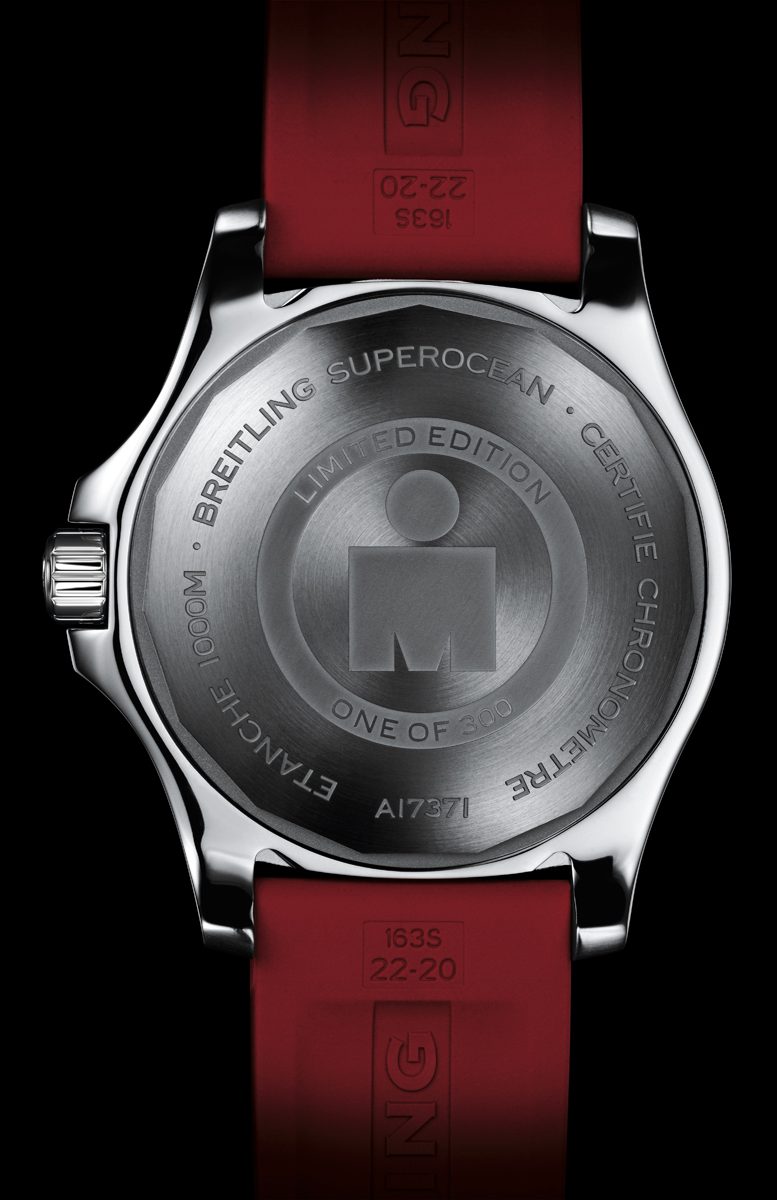