Armin Strom Co-Founder and technical director Claude Greisler explains, “Developing a perpetual calendar or tourbillon would have been far easier than the years we spent calculating and validating the Resonance Clutch Springs, it was uncharted territory.”

Independent movements enable the Dual Time Resonance to indicate GMT, or a second time zone, as well as a function used as a timer or countdown. Power reserve indicators on each of the hand-guilloche dials and a 24-hour indication at 6 o’clock complete the indications.
While it has been long known that resonance in watch and clock movements with synchronized coupled oscillators improves accuracy by averaging slight differences in the precision of each movement and in wristwatches minimises adverse effects of shocks on precision. Less known is that resonance also conserves energy: vibrational energy that is normally be lost through the supports of the regulator is conserved in the system.
Armin Strom’s laboratory testing has revealed gains in precision of 15-20% for two COSC chronometer-level regulated movements placed in resonance. 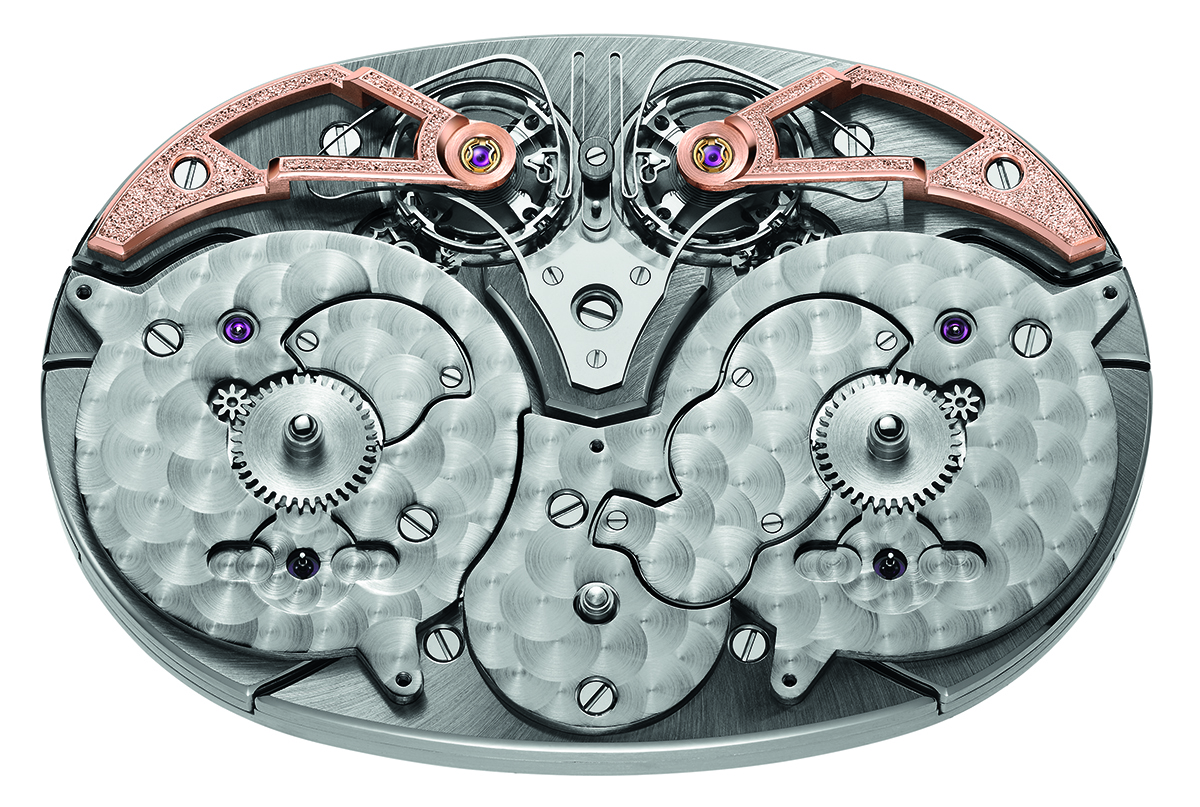 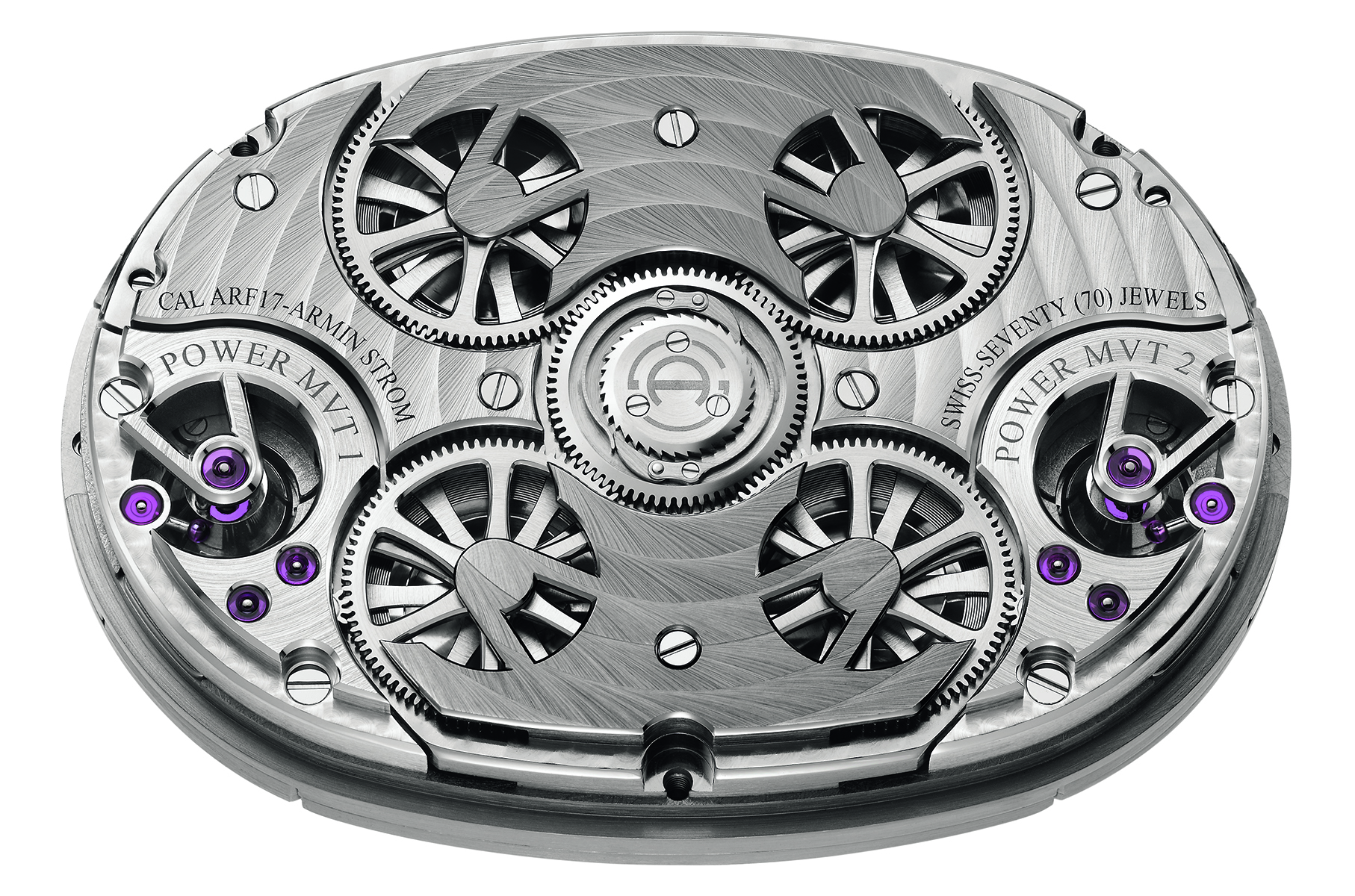 “Form follows function” could have been written for the Dual Time Resonance: two movements side by side (rather than stacked vertically) naturally led to the oval-shaped case, while the increased space afforded by the movements in this configuration allowed for two barrels per movement and a longer power reserve. Gazing through the display back at all four barrels winding simultaneously is as mesmerising as the ballet of the dual regulators on the dial.
The Armin Strom Masterpiece 1 Dual Time Resonance launches in a limited edition of 8 pieces in Grade 5 titanium.