Breitling
0
Breitling is honoring this classic chronograph’s legacy with the AVI Ref. 765 1953 Re-Edition.

In 1953, Breitling launched its Ref. 765 AVI, a pilot’s watch (AVI stood for “aviation”) known as the “Co-Pilot”. It had a particularly bold look with a rotating bezel and oversized Arabic numerals, and its impressive legibility made it a favorite among aviators.

The new AVI Ref. 765 1953 Re-Edition is a carefully researched and crafted re-edition of the legendary Co-Pilot and is based on one of the early iterations from that year. The Co-Pilot was a 1950s interpretation of the onboard clocks designed and produced by Breitling’s Huit Aviation Department in the 1930s and 1940s, which have already provided inspiration for the watches in the Aviator 8 collection.

The new watch coexists comfortably with another Breitling icon: the Navitimer, with its famous circular slide rule, established its sterling reputation for flight calculations, while the Co-Pilot, with its superior legibility and rugged construction, was particularly valued as a reliable companion equal to the challenges of aerial activity in the most extreme of circumstances.

The AVI Ref. 765 1953 Re-Edition is being produced in a limited series of 1953 pieces, each of which will be numbered “ONE OF 1953”. The watch is powered by the Breitling Manufacture Caliber B09, a manually wound mechanical chronograph movement based on the brand’s celebrated in-house Manufacture Caliber 01. The B09 was designed with the Re-Edition models in mind, and, like all Breitling movements, it is a COSC-certified chronometer. 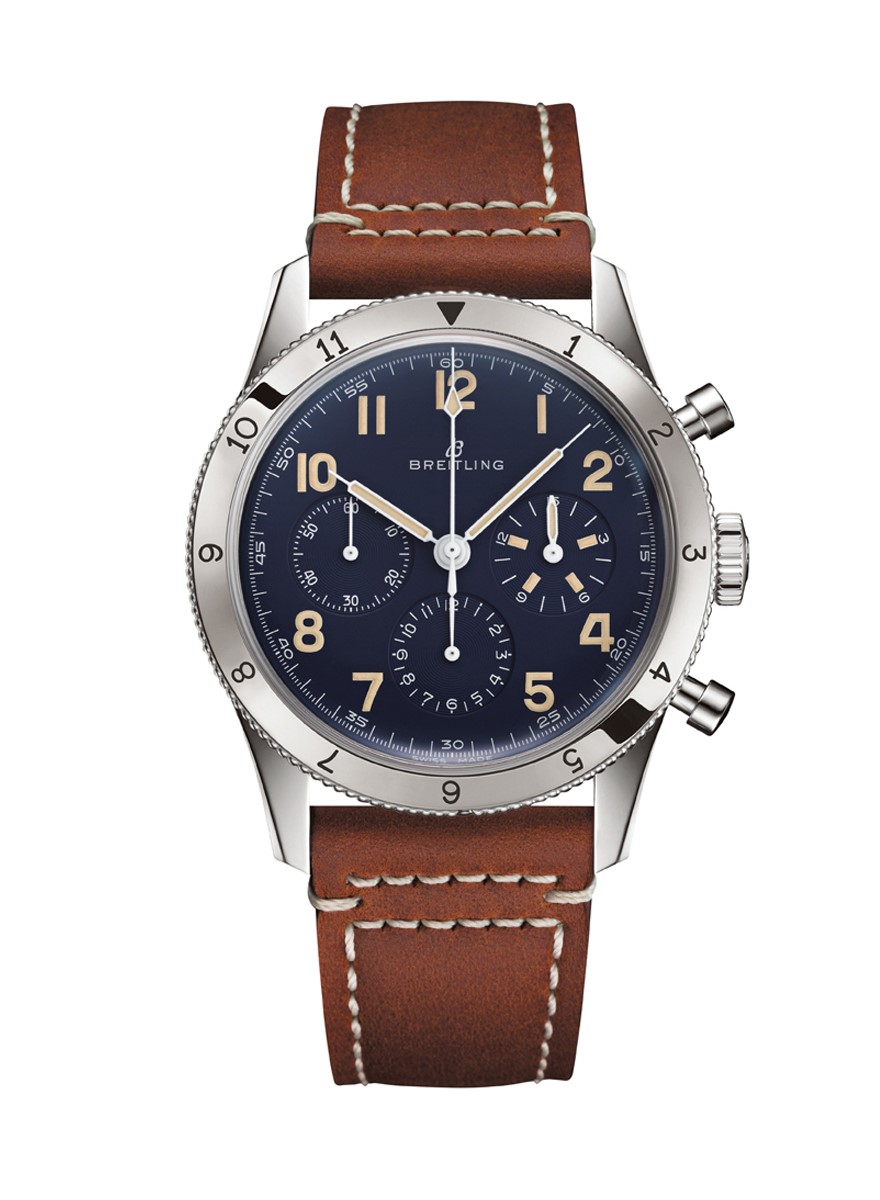 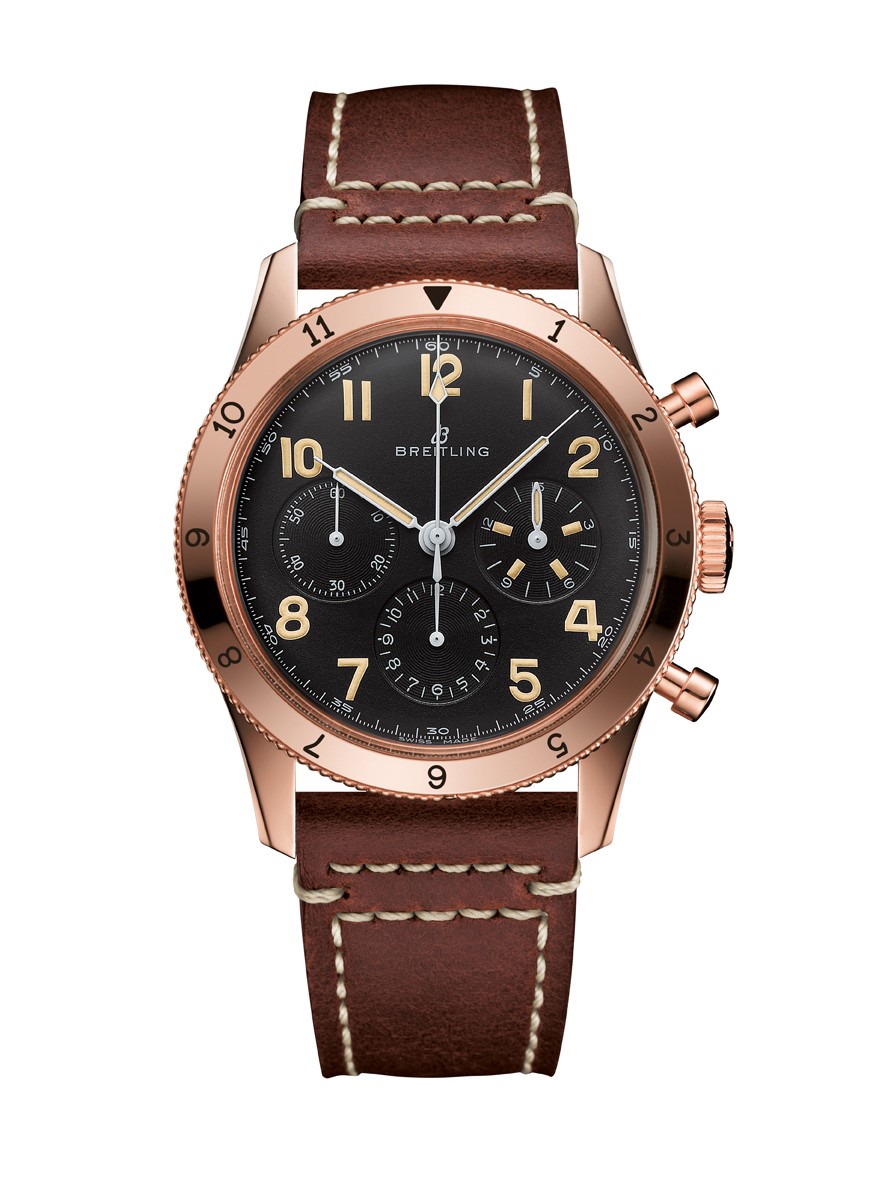 The AVI Ref. 765 1953 Re-Edition features the same Arabic numerals as the 1953 Co-Pilot as well as hand-applied Super-LumiNova®, the color of which has been carefully chosen to recall the luminescent material on the original. The 41.1-millimeter stainless-steel case is also identical, and the bezel is secured by three screws that are placed in precisely the same positions as those on the watch from 1953. The watch features thin syringe hands, which exactly match those on the earliest examples, and a domed hesalite crystal that has been fashioned in precisely the same shape as the original.

There are only two concessions that distinguish this new timepiece from its famous ancestor: the water resistance of the AVI Ref. 765 1953 Re-Edition has been improved to 3 bar (30 meters/100 feet) compared to the original version, and keen-eyed observers will also see that “GENEVE” no longer appears on the dial.

The Breitling AVI Ref. 765 1953 Re-Edition is presented on a black vintage-inspired leather strap with a pin buckle and comes with a five-year warranty. 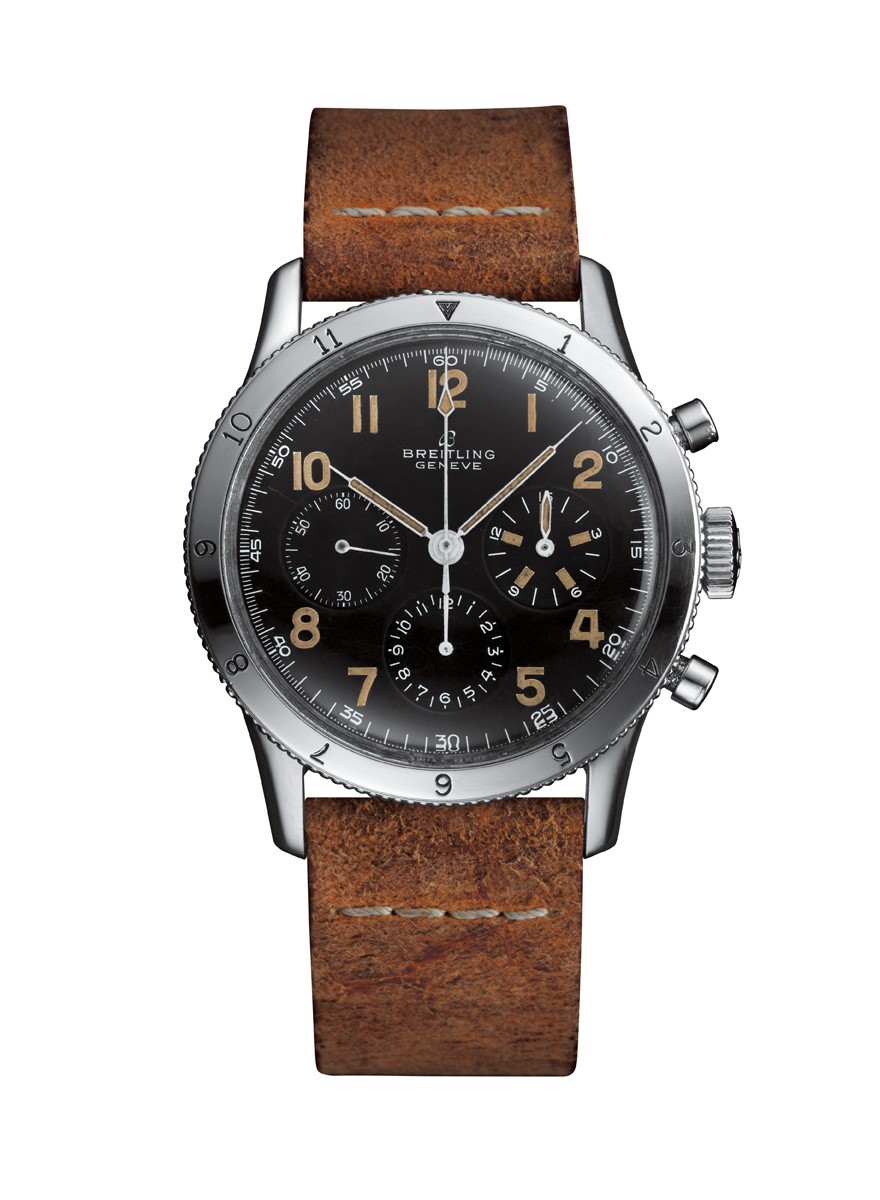 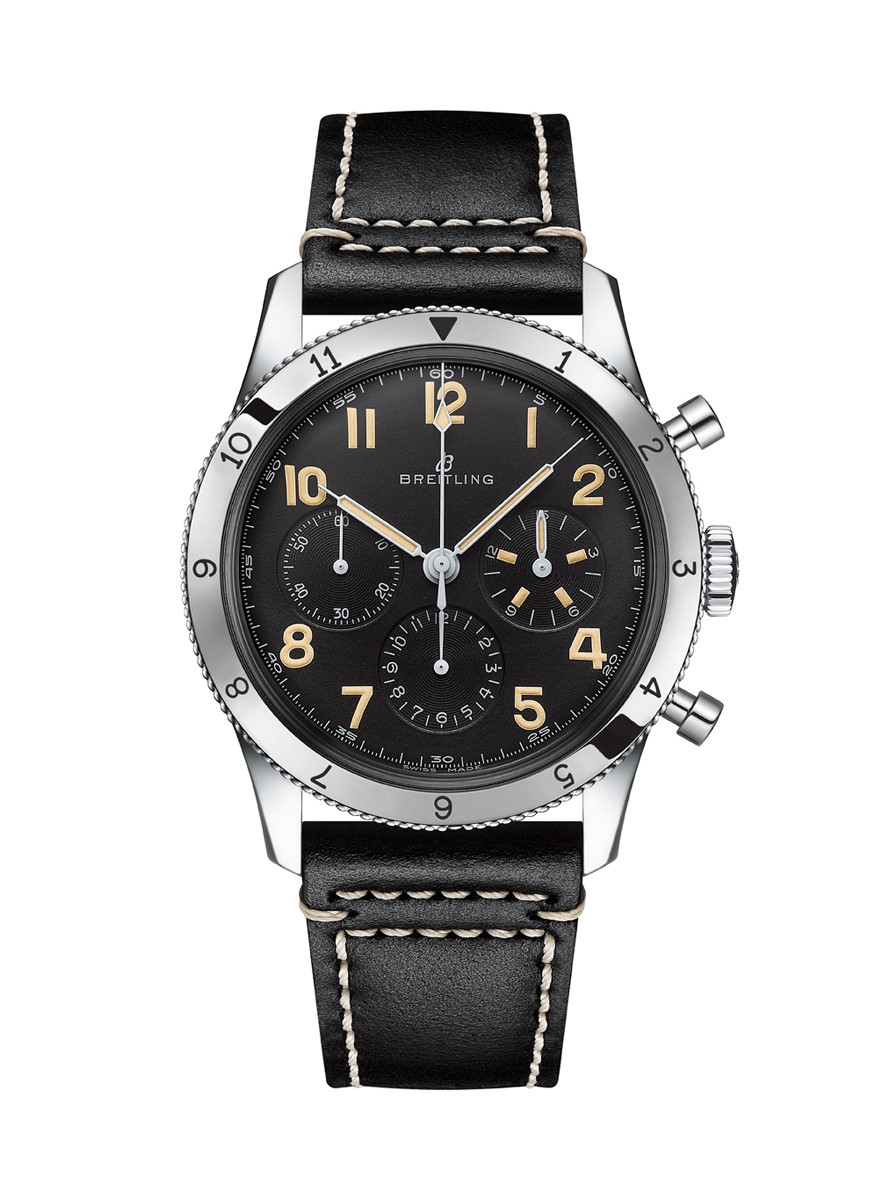 Breitling will also be releasing the AVI 1953 Edition in two striking precious-metal versions. The first is crafted in 18 k red gold with a black dial and a brown vintage-inspired leather strap. This model will have a limited-edition run of 253 pieces, and “ONE OF 253” will be engraved on its caseback. The second is being produced in platinum and features a blue dial and a gold vintage-inspired leather strap. This version will be available in a limited edition of only 153 pieces, a fact that will be verified by “ONE OF 153” engraved on the back of the platinum case.