MB&F
0
MB&F presents Kelys & Chirp: a walking turtle and his singing bird companion, both fully mechanical creatures, a joyous celebration of friends. It is itself a union of Chirp and Kelys, two unlikely companions living happily together, and was developed as a co-creation by Reuge and Nicolas Court. 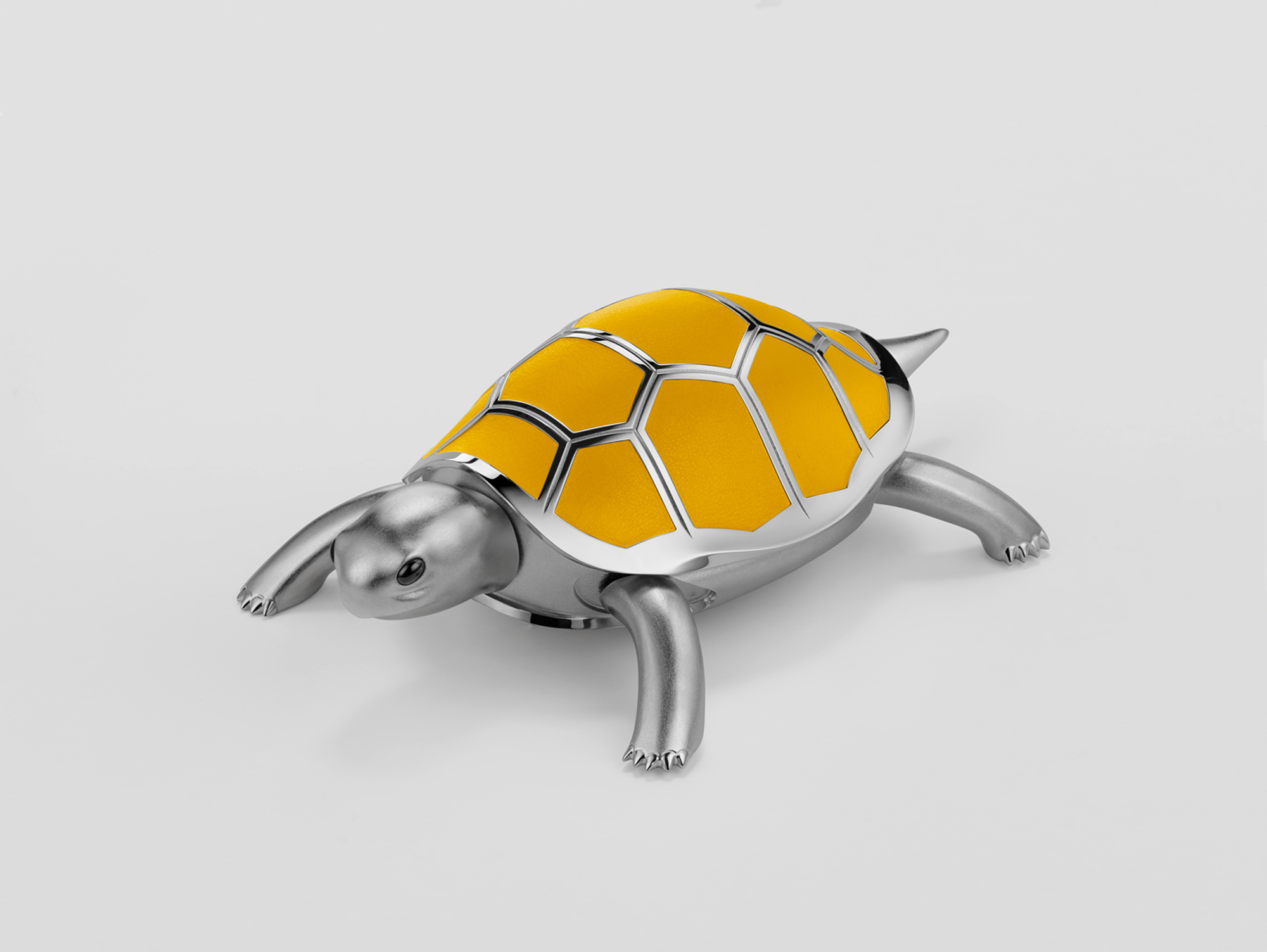 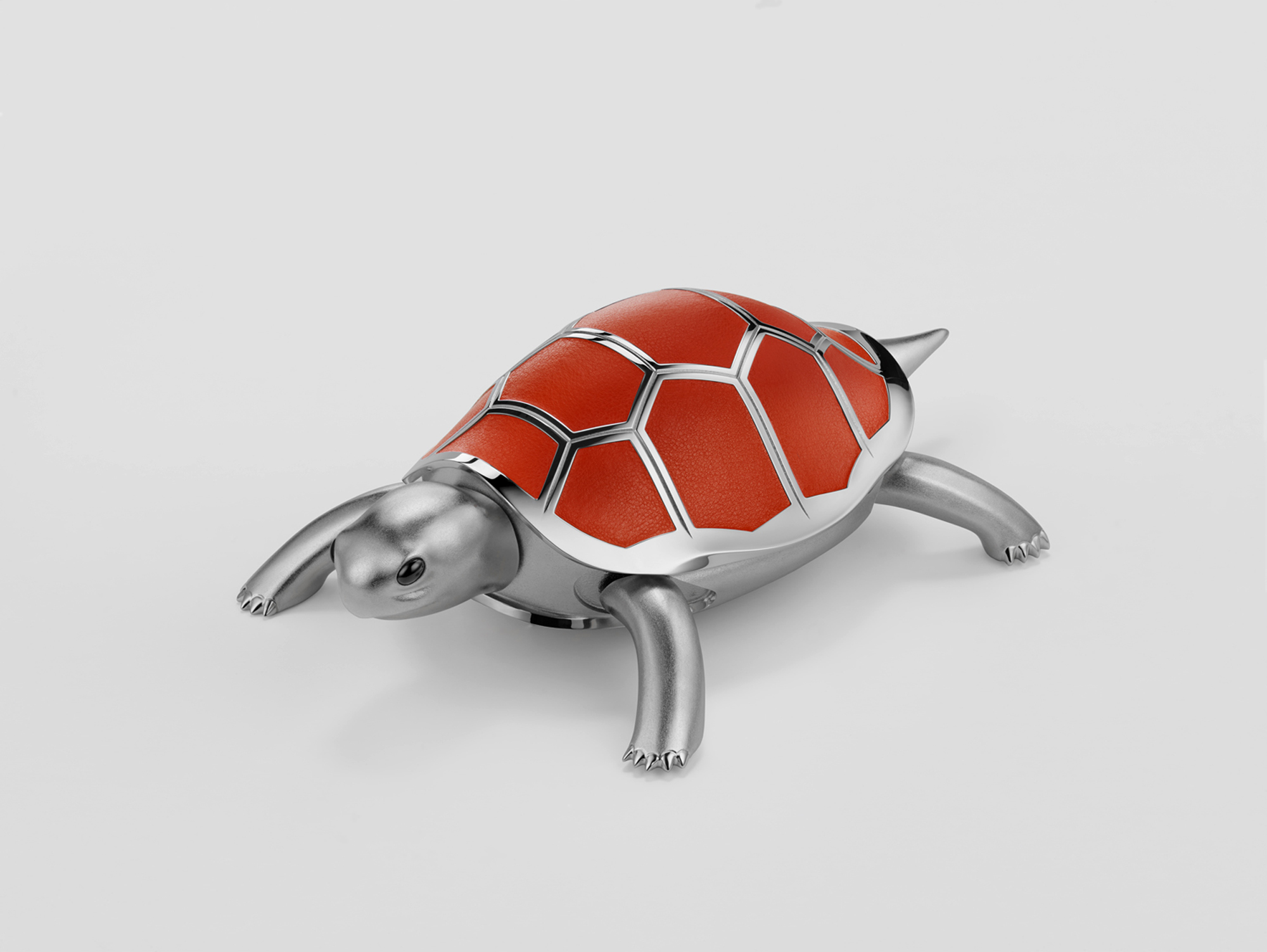 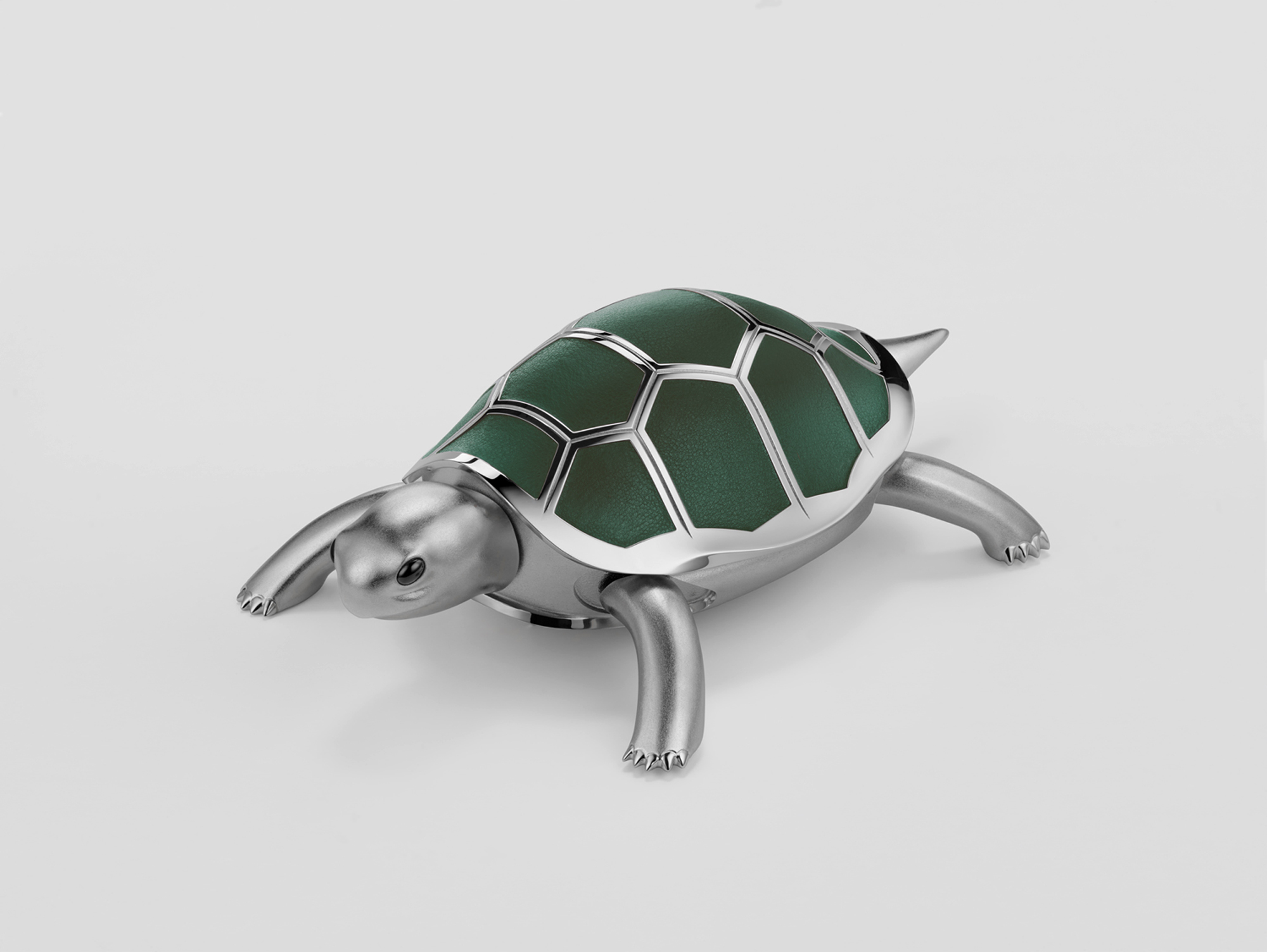 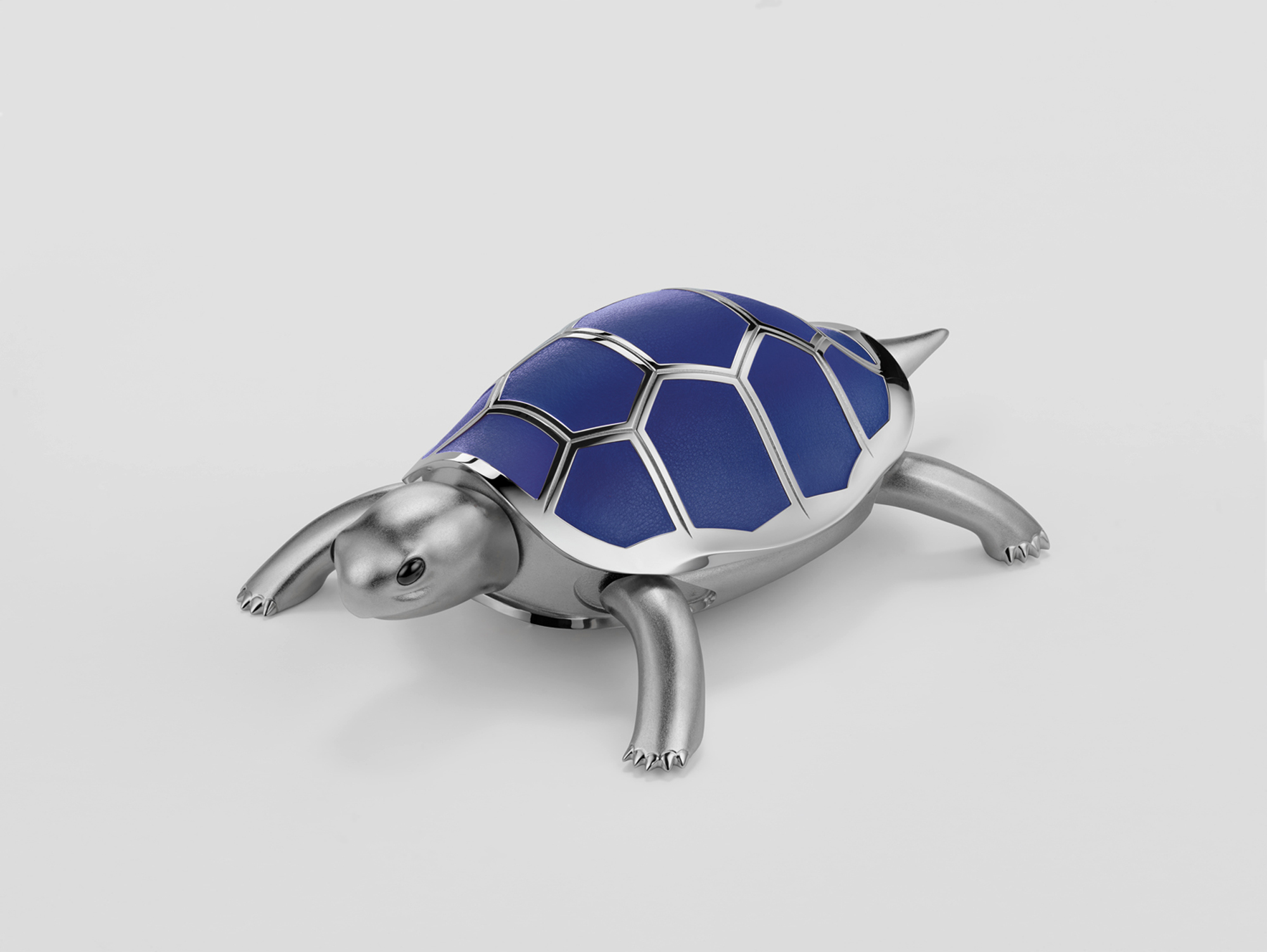 Kelys (from the Greek chelone or chelys for tortoise) moves in a realistic tortoise-like gait with his head moving slowly side-to-side, his movements all in synchronicity with Chirp as springing from her nest and pirouetting, her beak opening and closing, wings flapping, and tail wagging, all in time to the melodic bird song. Turtles have long represented wisdom in many cultures because of their long life spans (up to 190 years).

While Kelys is certainly wise enough (an integrated mechanical sensor ensures that he doesn’t walk off table or desk tops), it’s his playful streak that complements Chirp’s musical exuberance.

Turtles move with a very particular push/pull gait; thanks to unconventional gearing and cams, Kelys moves in a very similar fashion. You can also enjoy a concert by Chirp without Kelys moving by pushing his tail up; with his tail down he walks while Chirp sings. Chirp’s birdsong sounds amazing, both due to the accuracy of the song and for the fact that such a relatively loud sound emits from such a small object. This is thanks to a 230-yearold invention, generally credited to Pierre Jaquet-Droz (1721– 1790), who came up with the idea of the modern Singing Bird complication.

While Kelys & Chirp may look relatively simple compared to a complicated watch, its 480 components (enough for a minute repeater) lie testament to the complexity within. This is where Nicolas Court and his team worked their magic: working around the Singing Bird, which is a complete movement itself, they faced significant challenges when developing the turtle automaton mechanism.

Court and his team added a friction clutch security system, which detects surface edges and immediately stops the turtle moving forward over the abyss… They also reintroduced a Reuge security system for the bird movement: if Chirp or her cover are accidently pushed down while she is singing, she stops and instantly retreats to her nest. The scales (turtles are reptiles) on Kelys’ shell are individually hand made from high quality leather in 4 different colours, creating a warmer and more natural feel than bare metal.

Kelys & Chirp is available in 4 limited editions of 18 pieces each in blue, green, yellow or ochre.