Parmigiani
0
The new Kalpa Tourbillon Galaxy has been nominated in the Women's Complication category at the Grand Prix d’Horlogerie de Genève.

The Kalpa Tourbillon Galaxy evokes the majesty of a star-studded sky. At the heart of its dial in aventurine glass beats a 30-second tourbillon, a speciality of the manufacture. The Kalpa Tourbillon Galaxy marries Haute Horlogerie with the poetry of a dial-maker’s expertise. This watch – the only example in existence – has been nominated in the Women’s Complication category at the Grand Prix d’Horlogerie de Genève 2018. The nomination reflects its craftsmanship and honours the talent of all the watchmakers, artisans and designers at Parmigiani Fleurier who brought it to life.

As is the case for many other inventions, aventurine glass was created by accident. In the 19th century, a glass-blower in the Italian city of Murano happened to spill some copper shavings into molten glass. This gave rise to aventurine glass, now a much sought-after material, scattered with copper inclusions and named after the Italian expression “a l’avventura”, literally “by chance” – a tribute to this lucky twist of fate.

Parmigiani Fleurier has produced numerous special editions that employ it to stunning effect on their dials. These pieces are called “Galaxy” as a reminder of the sparkling constellations evoked by the material. Likewise, the Kalpa Tourbillon Galaxy represents a star-scattered sky that tells the story of the passage of time. 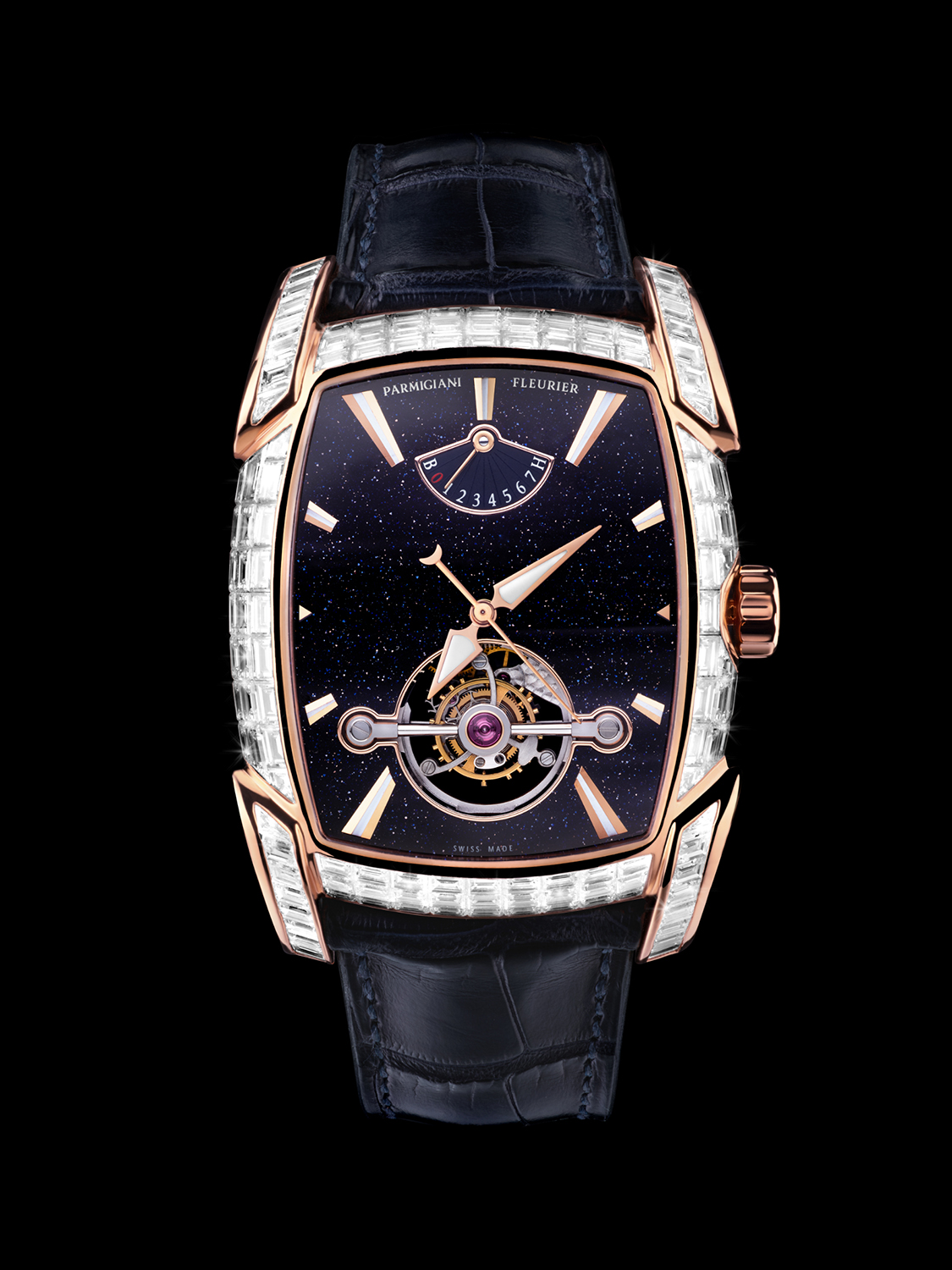 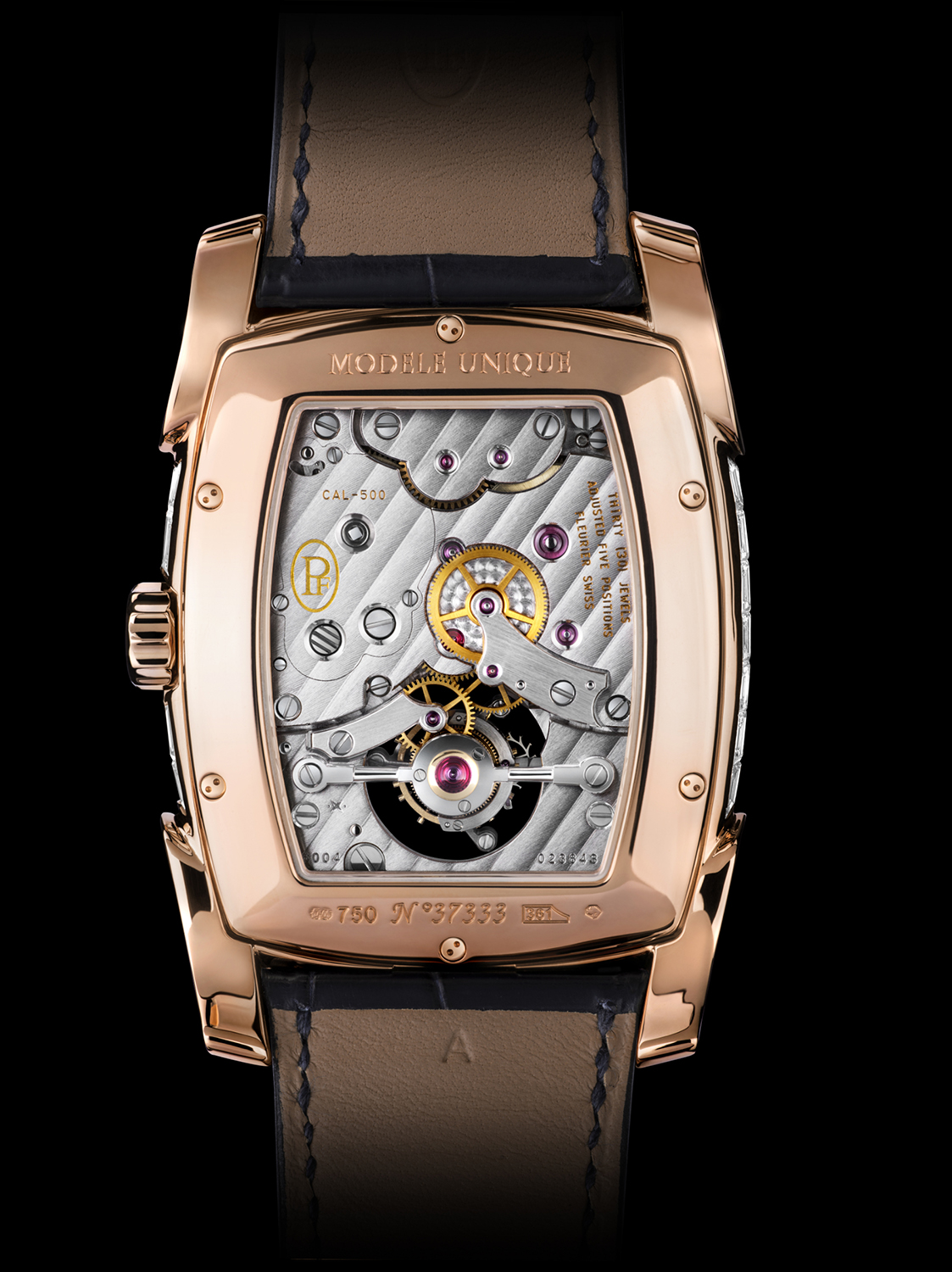 The Kalpa Tourbillon Galaxy has been produced as a single piece, and the 18-carat rose gold caseback bears the engraved inscription “MODELE UNIQUE”. The surface of the case middle is full set with 215 baguette-cut diamonds totalling 11.80 carats. The play of light on the diamonds enhances the majestic brilliance of the aventurine glass, encircled by solid gold indices.

The Kalpa Tourbillon Galaxy is equipped with a 30-second tourbillon which is exclusive to the Parmigiani Fleurier watchmaking centre and a feat of production. Rotating twice per minute rather than once, this tourbillon doubles the compensating effect on the force of gravity. This hand-wound movement has a double barrel mounted in series, giving it a power reserve of one week, a rare feat for a complication such as this. The movement bridges are hand-bevelled, creating a spectacular play of light, and every surface is decorated to the highest standards of Haute Horlogerie.