Powering the hour-minute and small-second indications is a finely-finished, in-house automatic calibre that has been built from the ground up and which boasts a bidirectional micro-rotor made from 22k gold.

Visible dial side and through the display back, this oscillating weight turns smoothly between two bridges, each fitted with a friction-minimising, wear-resistant ruby bearing. In whichever direction the micro-rotor swings, it winds a serially operating double mainspring barrel offering 80 hours of power at full wind.

Sweeping around the centre of the dial are the small seconds surrounded by the hour-minute subdial at 12 o’clock, beating balance at 6 o’clock and, at 9 o’clock, the swaying micro-rotor, framed within a circular cut-out in the mainplate. The mainplate has been hand-frosted then treated with 4.5N rose gold, and it is this golden tone and matte finishing that make the straight-grained, palladium-treated bridges visually pop.

The observer is treated to more views of the movement through the display back. Here, the micro-rotor continues to steal the show as it sets the visible train of gears in motion, starting with the reversing gear that gives the mechanism its bidirectionality.

Like the mainplate, the bridges on the back of the movement are 4.5N rose gold-treated and decorated with hand-frosting and hand-made, hand-polished bevels and jewel countersinks. These bridges are fixed in place using in-house screws that bear an aesthetic S-slot.

The gilded hue and frosted finish of the bridges contrast neatly with the rhodium-treated elements next to them: straight-grained, linear plaquettes; circular-grained gears and ratchets featuring bevelled, circular spokes; and the mainspring barrels of which the lids have been decorated with snailing.

Meanwhile, the case’s 39.5mm diameter makes for a very wearable timepiece. Other design details of the case include a lip in the caseband that flares out to join with the bezel; the crown positioned at 2 o’clock to free up space for wrist movement; and the bombé sapphire crystal which rises so that its highest point is over the hour-minute display, the de facto centre of the dial. 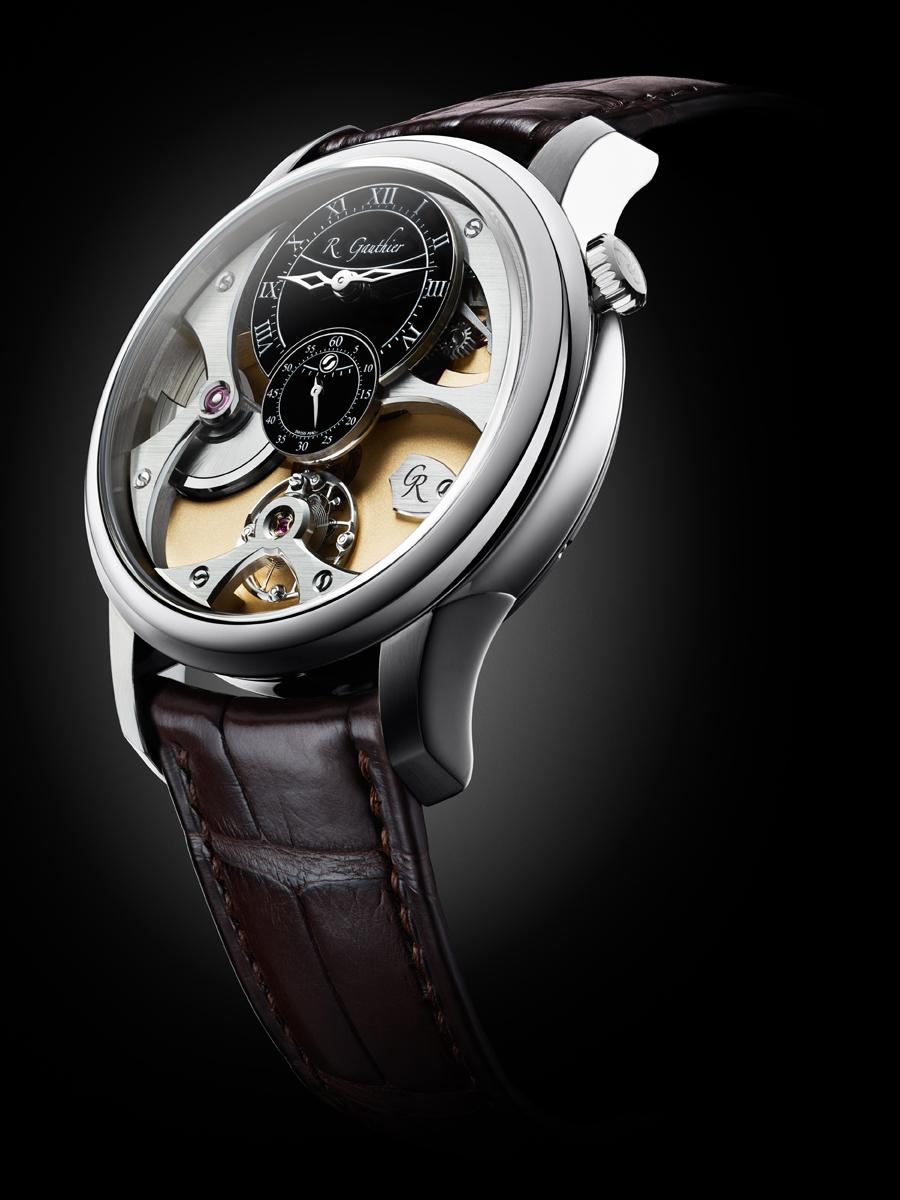 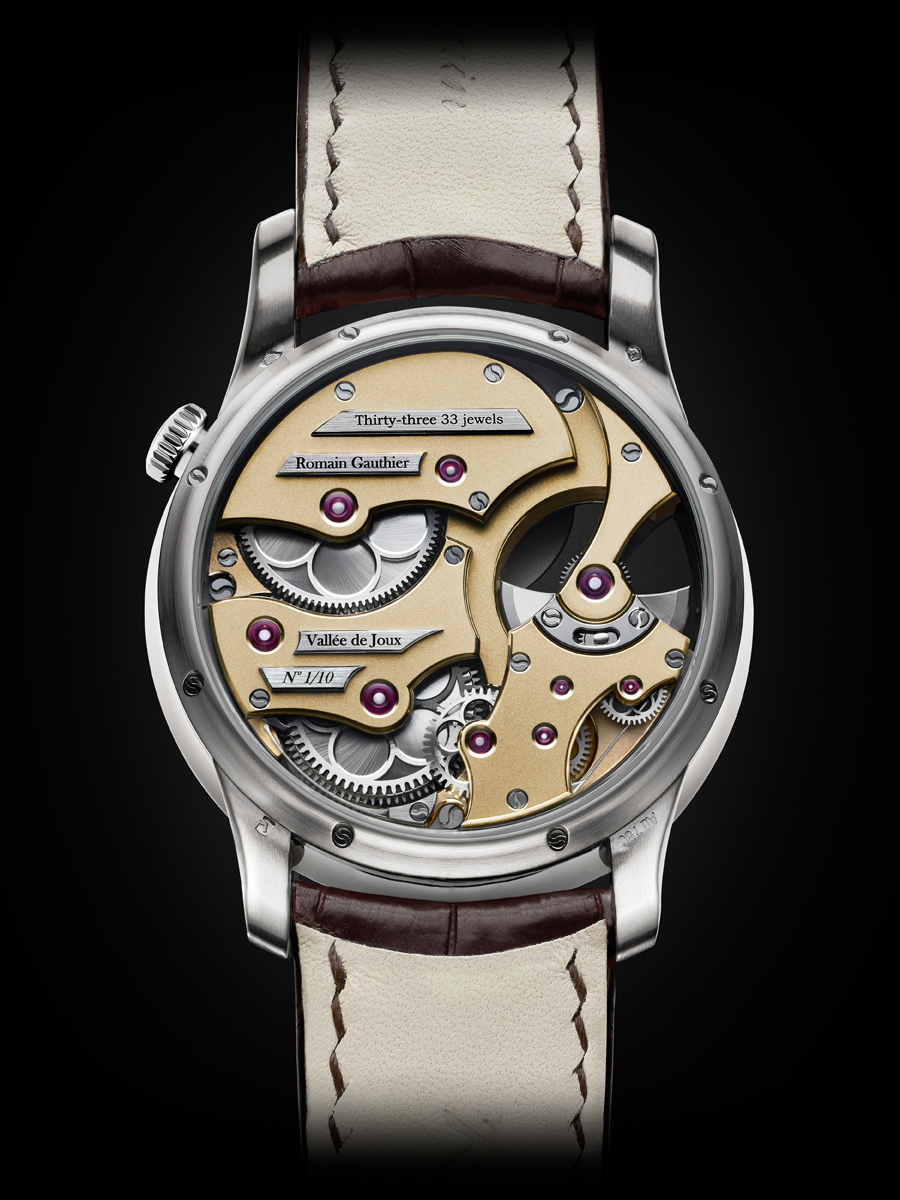 Developed, produced, decorated, assembled and regulated at Manufacture Romain Gauthier in the Vallée de Joux, Switzerland, Insight Micro-Rotor’s movement has been designed to be highly visible so the observer can acquire an immediate appreciation of the mesmerising mechanics and immaculate hand-finishing, hence the moniker “Insight”. 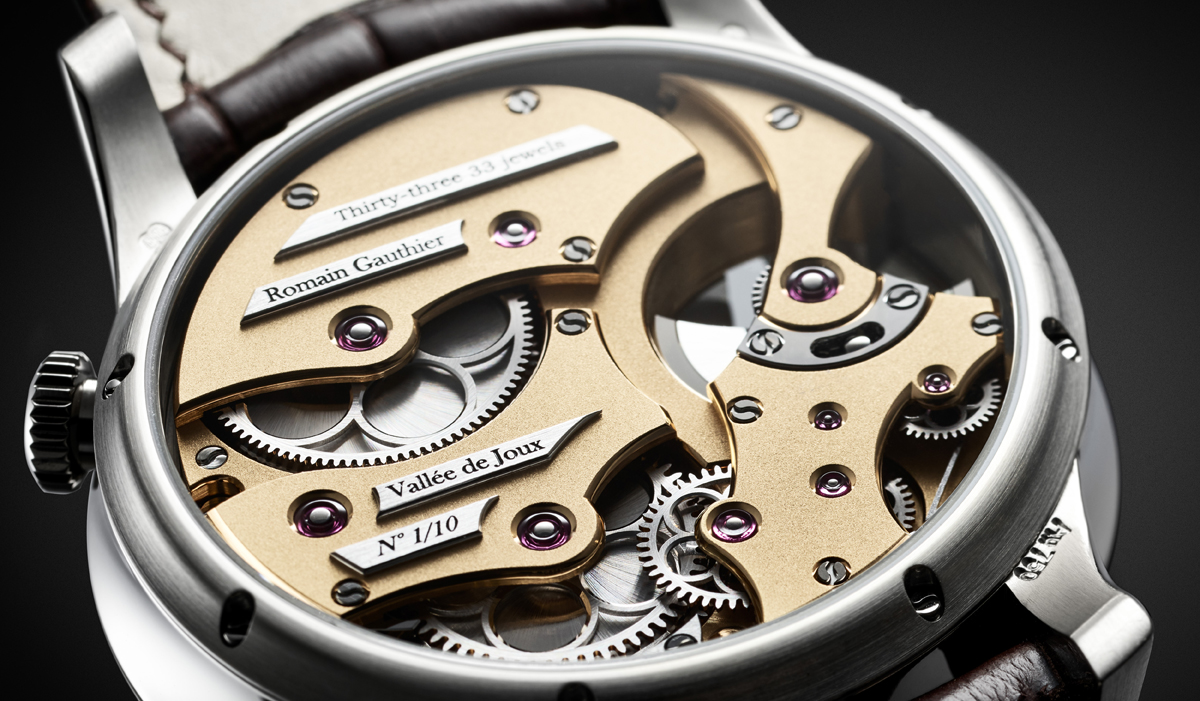 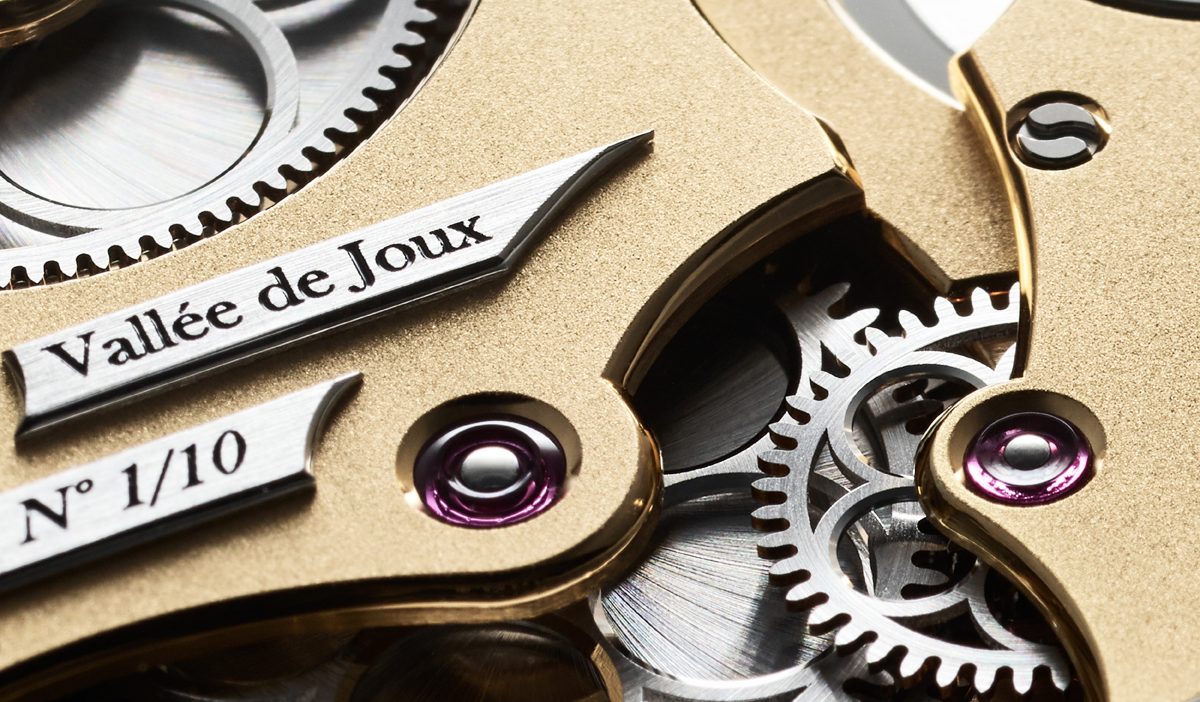 Given the relative weight of the micro-rotor, Romain Gauthier has chosen to sandwich it between two bridges for superior stability, rather than designing a ‘flying’ rotor supported by just one bridge from beneath. Both ends of the micro-rotor axis turn in a ruby-lined pivot hole. The rubies have a high wear resistance and low coefficient of friction helping to create an inaudible, fluid rotation of the micro-rotor compared to, say, metal ball-bearings, which can entail wear and noise.

The two mainspring barrels offer 80 hours of energy when fully wound. The barrels are in series for more constant power to the regulator that features the Romain Gauthier balance wheel featuring curved arms and calibrated eccentric weights, as well as a hand-assembled pallet lever that is triangular for more rigidity.