BREITLING unveils THE NAVITIMER B01 CHRONOGRAPH 43 BOEING 747, an ode to the iconic Airliner

Breitling
0
Also known as the “Queen of the Skies”, the last Boeing 747 is about to be delivered, being the 1574th in the line. For this occasion, Breitling launches a limited-edition Navitimer celebrating the legendary jet that changed the face of air travel.

On the runway since 1969, the Boeing 747 was a revolutionary move on air travel history. With two aisles and two decks, the original jumbo jet could carry double the passengers – by comparison with other big jetliners and fly more than 5000 nautical miles. Thus, long-haul flights were about to be way more at hand, bringing destinations „closer” than ever. Soon, the mighty jet gets off production, which is a very important milestone for both the aviation and Breitling, who decided to „award” the retirement of the aircraft launching a special-edition Navitimer, limited to exactly 747 pieces.

“What better way to remember a revolutionary jumbo jet than with a revolutionary pilot’s chronograph,” says Breitling CEO Georges Kern. “The Boeing 747 brought style to the skies, just as the Navitimer brought the spirit of aviation to style-savvy watch enthusiasts.”

First developed by Breitling in 1952, The Navitimer was originally conceived for the Aircraft Owners and Pilots Association (AOPA), but it became the de facto pilot’s watch, with its defining circular slide rule that could perform all in-flight calculations. Today`s Navitimer Boeing 747 timepiece features the AOPA logo at 12 o’clock, representing its heritage as a pilot’s chronograph. The “Boeing 747” name is subtly integrated into the slide rule’s inner scale. The watch also features an integrated date window at 6 o’clock. The colors on the dial are a reminder of the palette found on the original Boeing 747, captured in its cream dial with black subdials and red-and-white slide rule with blue accents.

The open caseback reveals the exceptional Breitling Manufacture Caliber 01. This movement offers approximately 70 hours of power reserve and is backed by a five-year warranty. The caseback contains the special engravings “One of 747” and the phrase “The Original Jumbo Jet”. The Navitimer B01 Chronograph 43 Boeing 747 is available on a black alligator leather strap or seven-row metal bracelet. 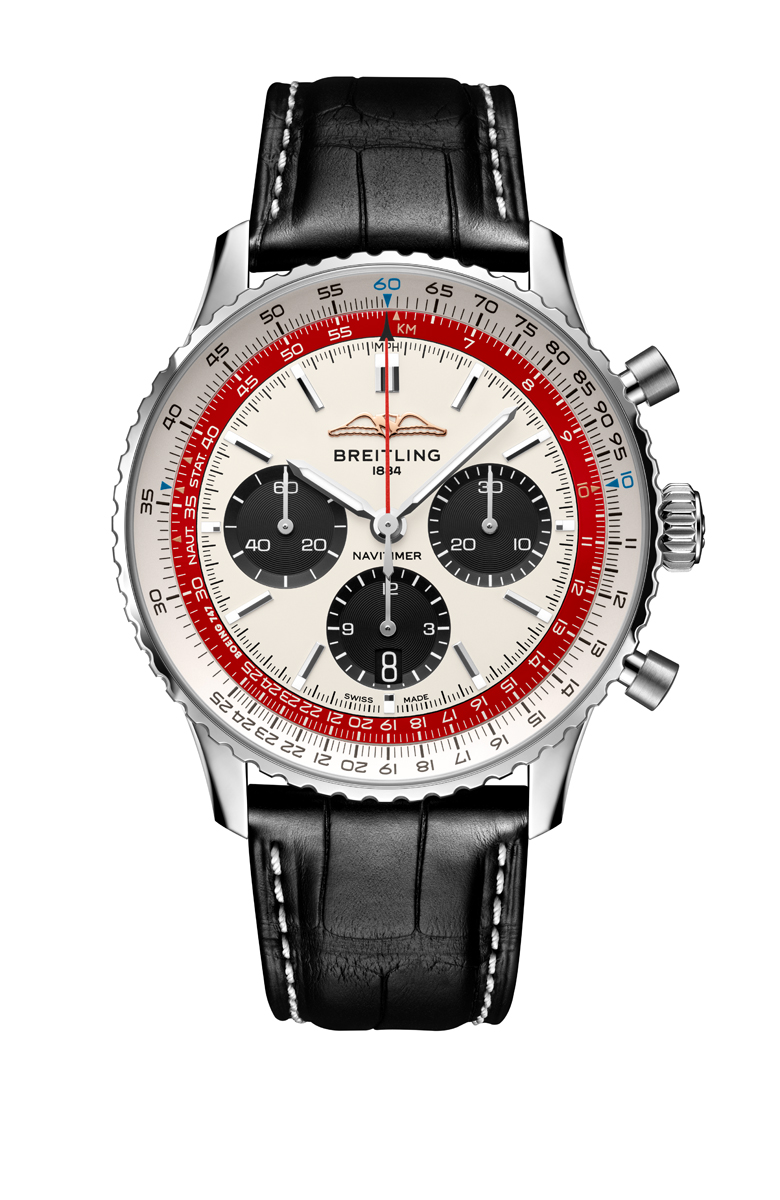 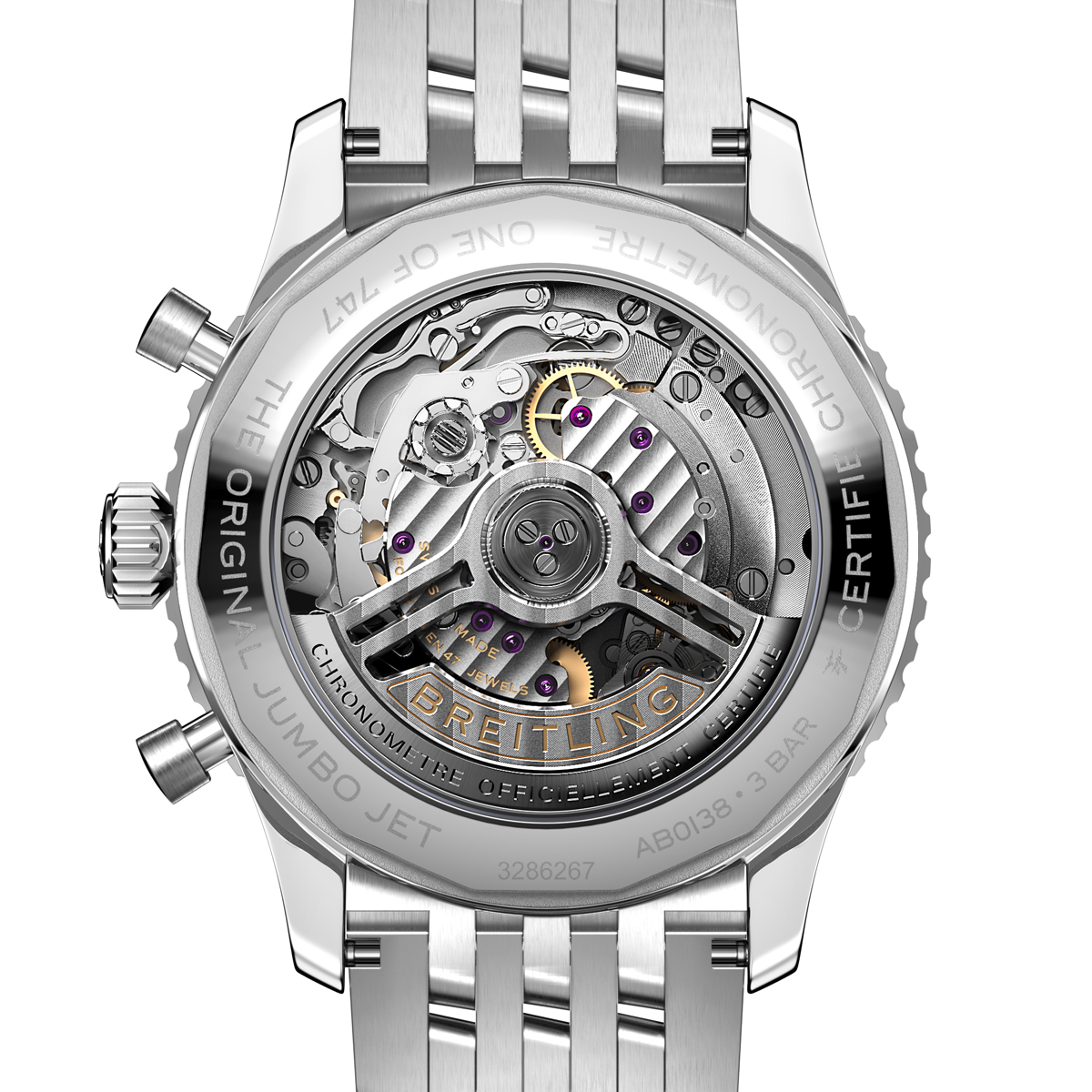