Breitling
0
Breitling launched its Superocean Heritage Ocean Conservancy Limited Edition watch in Bali with the support of its high-profile Surfers Squad members Kelly Slater, Sally Fitzgibbons, and Stephanie Gilmore. Working with the conservation group Ocean Conservancy, Breitling organized a beach cleanup to celebrate the launch of the chronograph, which is limited to 1000 pieces.

On May 10, 2019, Breitling introduced a limited-edition model to commemorate its important partnership with Ocean Conservancy. The launch, which was held in Bali in cooperation with Ocean Conservancy, was part of a beach cleanup initiative with 100 Breitling guests and hundreds of volunteers from Bali and the surrounding region. The cleanup effort resulted in hundreds of kilograms of trash and plastic being removed from the beach.

On hand to support the cleanup were the members of Breitling’s Surfers Squad, Kelly Slater, from the US, and the two Australians Sally Fitzgibbons and Stephanie Gilmore, who contributed their efforts to their first shared mission as part of Breitling’s squad. Kelly Slater arguably the most successful surfer of all time, said: “I always say – and I believe that I can speak on behalf of the entire Surfers Squad – that beaches are, in effect, our offices. What we have seen here and on beaches and in oceans around the world is shocking, and I would like to thank Breitling and Ocean Conservancy for their shared fight against plastic pollution. Everyone can contribute to a cleaner environment – for ourselves and for future generations.” 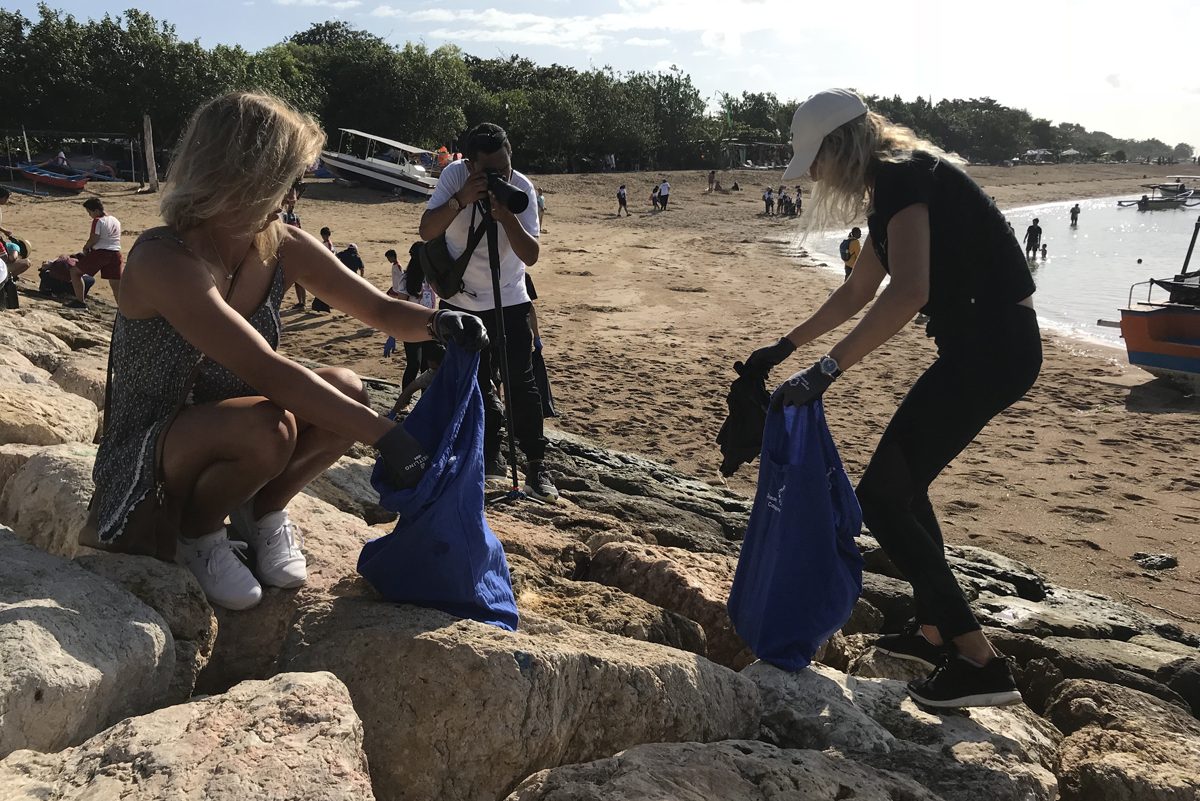 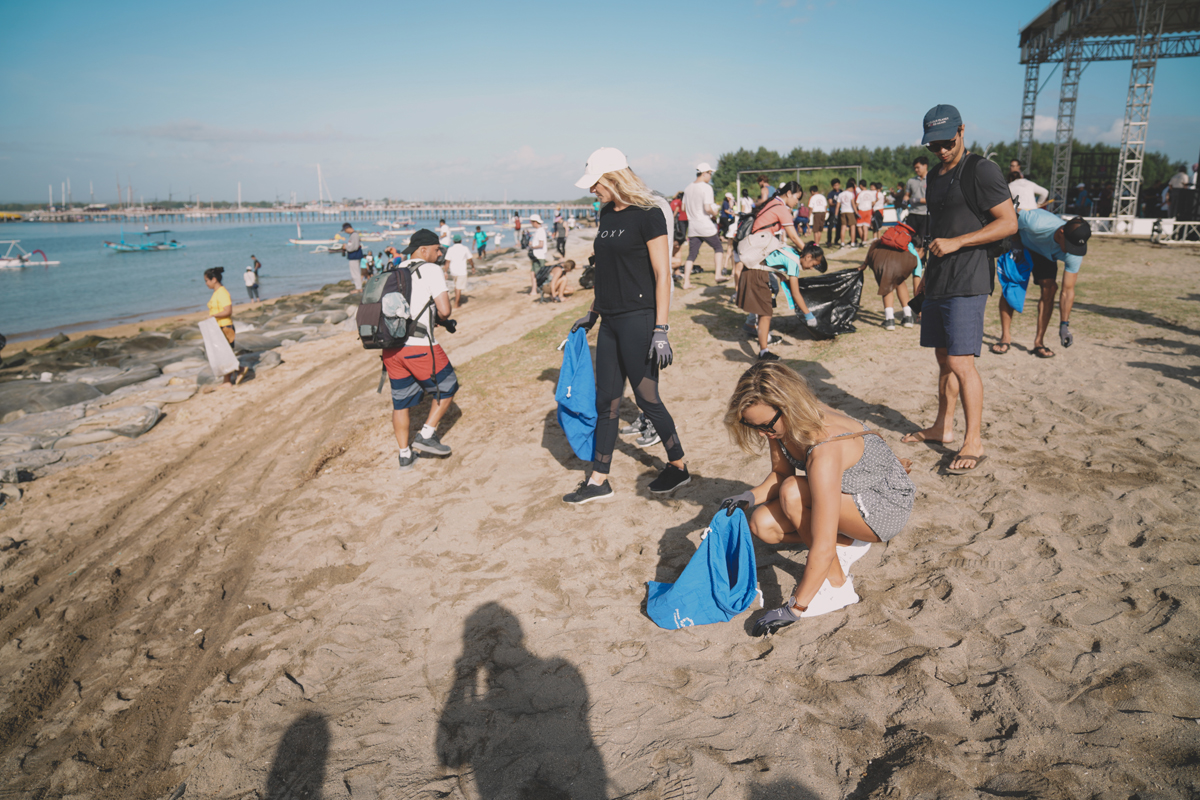 The Superocean Heritage Ocean Conservancy Limited Edition is distinguished by a caseback engraved with the Ocean Conservancy logo and the limited edition “1 OF 1000”. The chronograph, which is powered by a Breitling Caliber 13 mechanical movement, features an ultra-hard scratch- and shock-resistant unidirectional rotating bezel with a luminescent central dot at 12 o’clock, a particularly useful feature for divers. This dot, as well as the minute and hour hands, are coated with Super-LumiNova® and emit a blue light instead of the standard green. This color variation complements the design of the watch, whose silver-colored dial is enhanced by a blue “Superocean” inscription. There are also blue accents and a blue central second hand as well as tone-on-tone subdials with blue or nickel- lated accents. 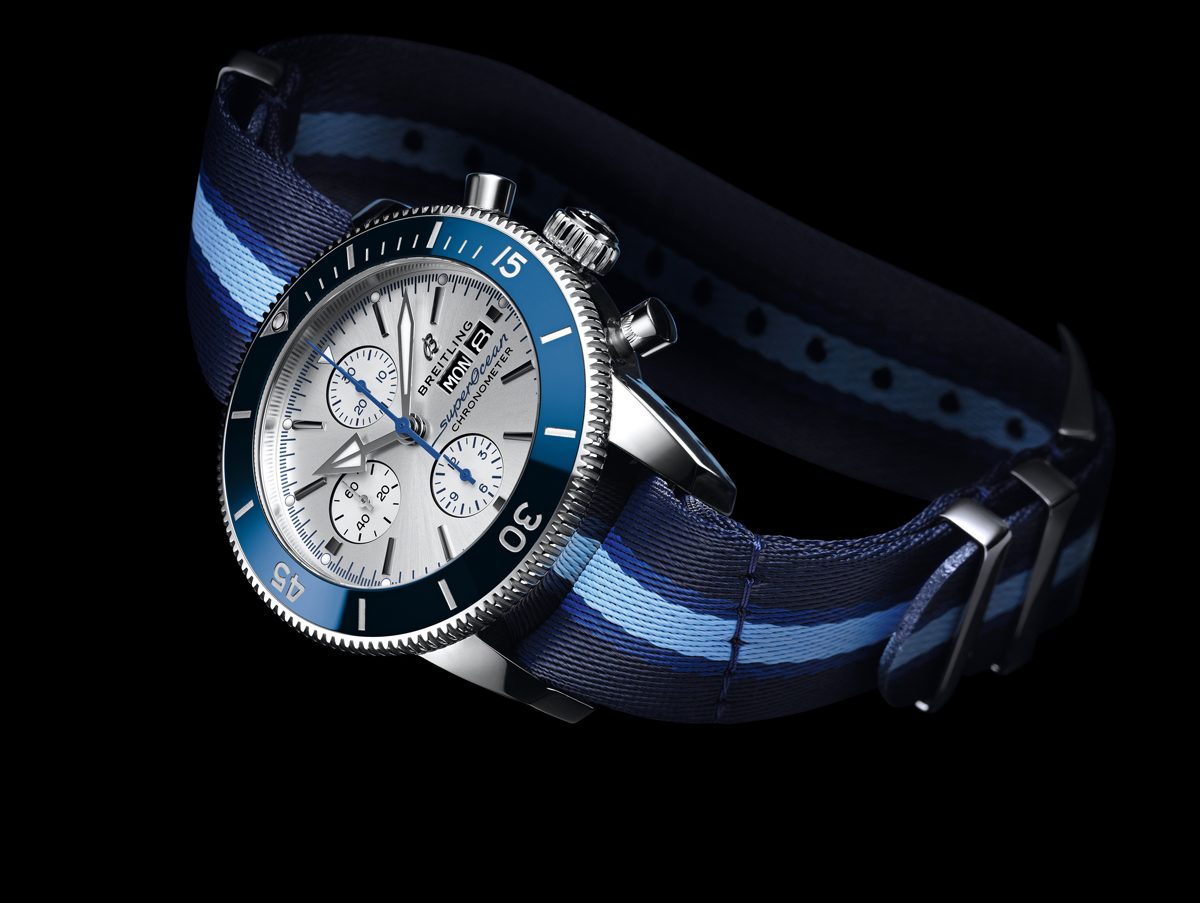 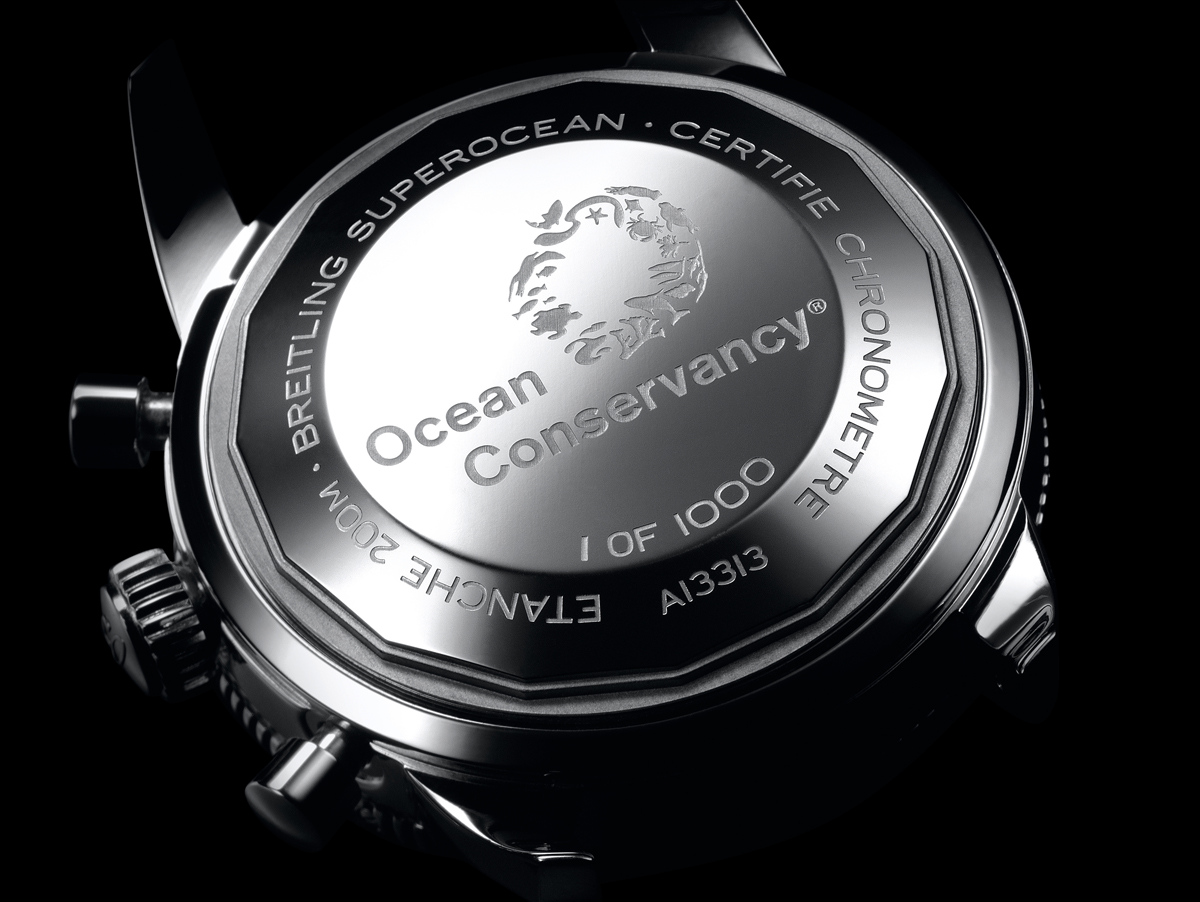 The 44-millimeter stainless-steel chronometer is presented with a pair of NATO straps made of ECONYL® yarn, an innovative material repurposed from nylon waste, one source of which is fishing nets from oceans around the world. The straps are extremely durable, and the ECONYL® yarn material can be recycled indefinitely. The watch is presented on a blue-striped satin NATO strap and is delivered with an additional plain blue satin NATO strap. The packaging is also made from 100% recycled material. 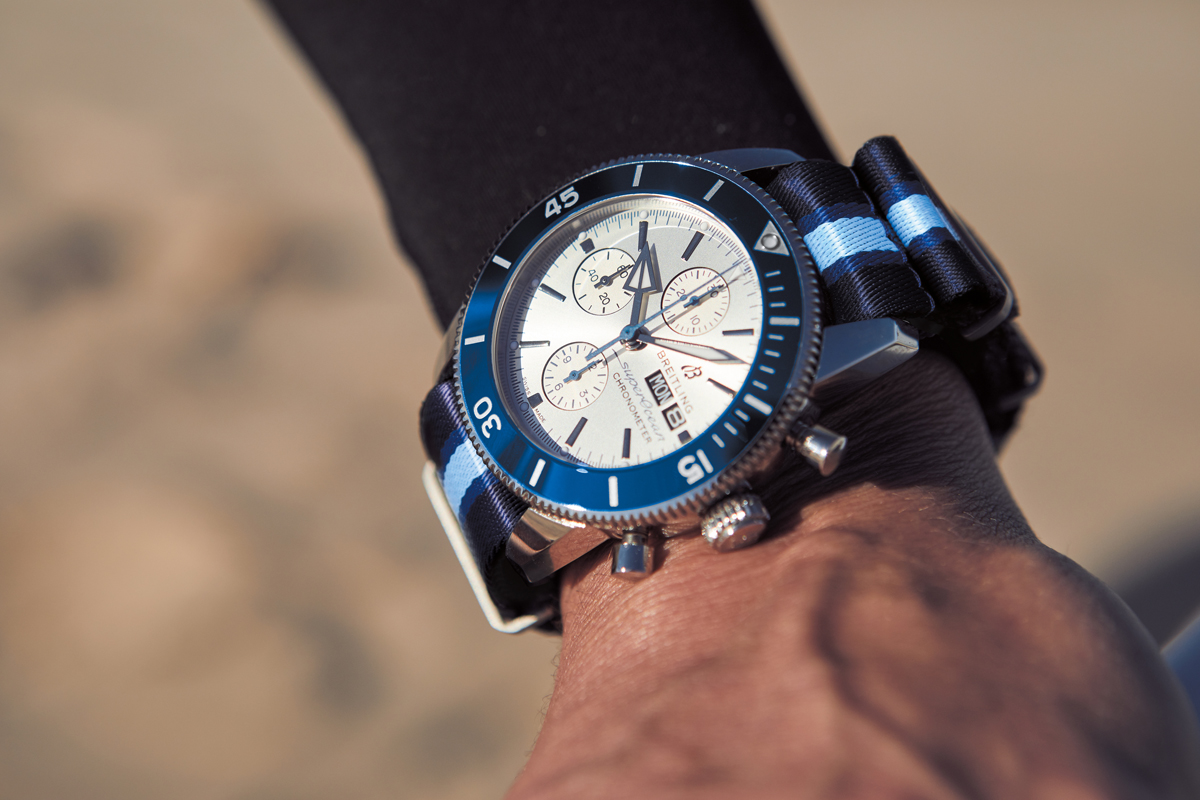 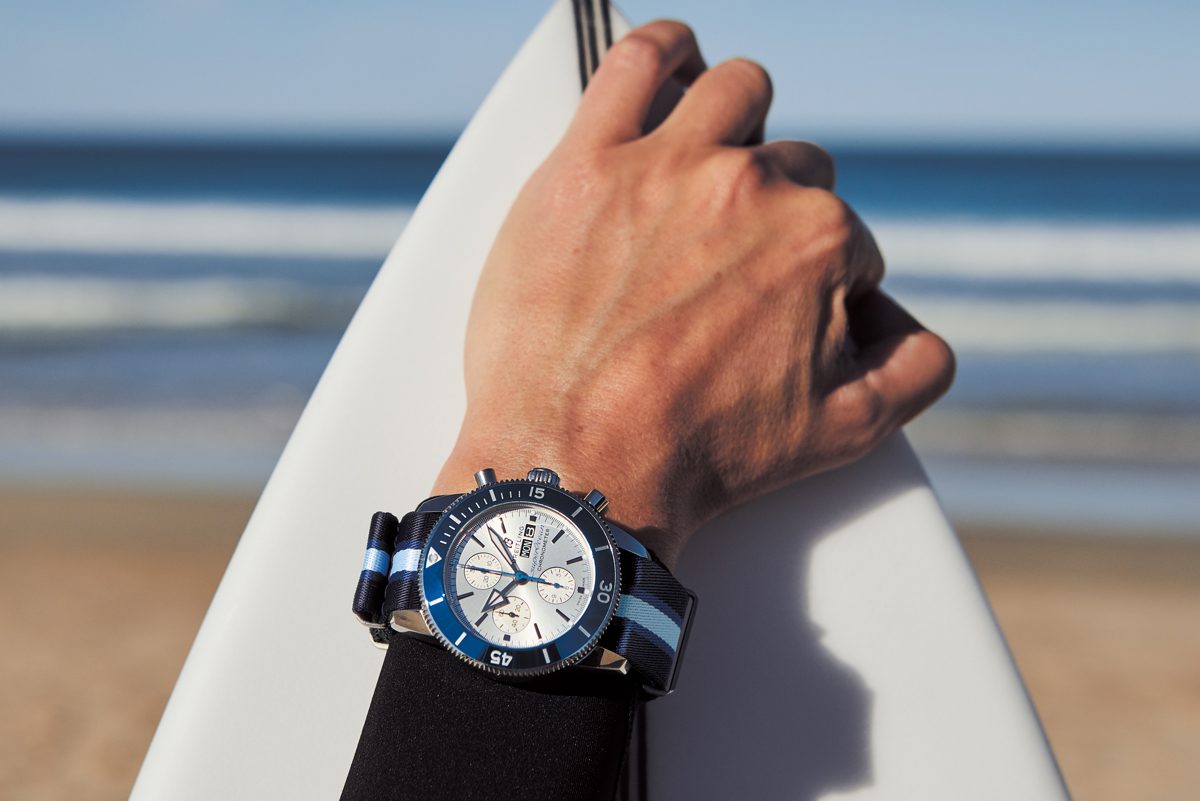 The Superocean Heritage Ocean Conservancy Limited Edition timepiece is part of one of watchmaking’s greatest legacies, but it is even more than that: it is a beautifully timed call to action, reminding each of us that we can all play an important role in efforts to maintain healthy oceans and clean beaches. A portion of the sales of the watch will be donated to Ocean Conservancy and its global fight against ocean pollution.